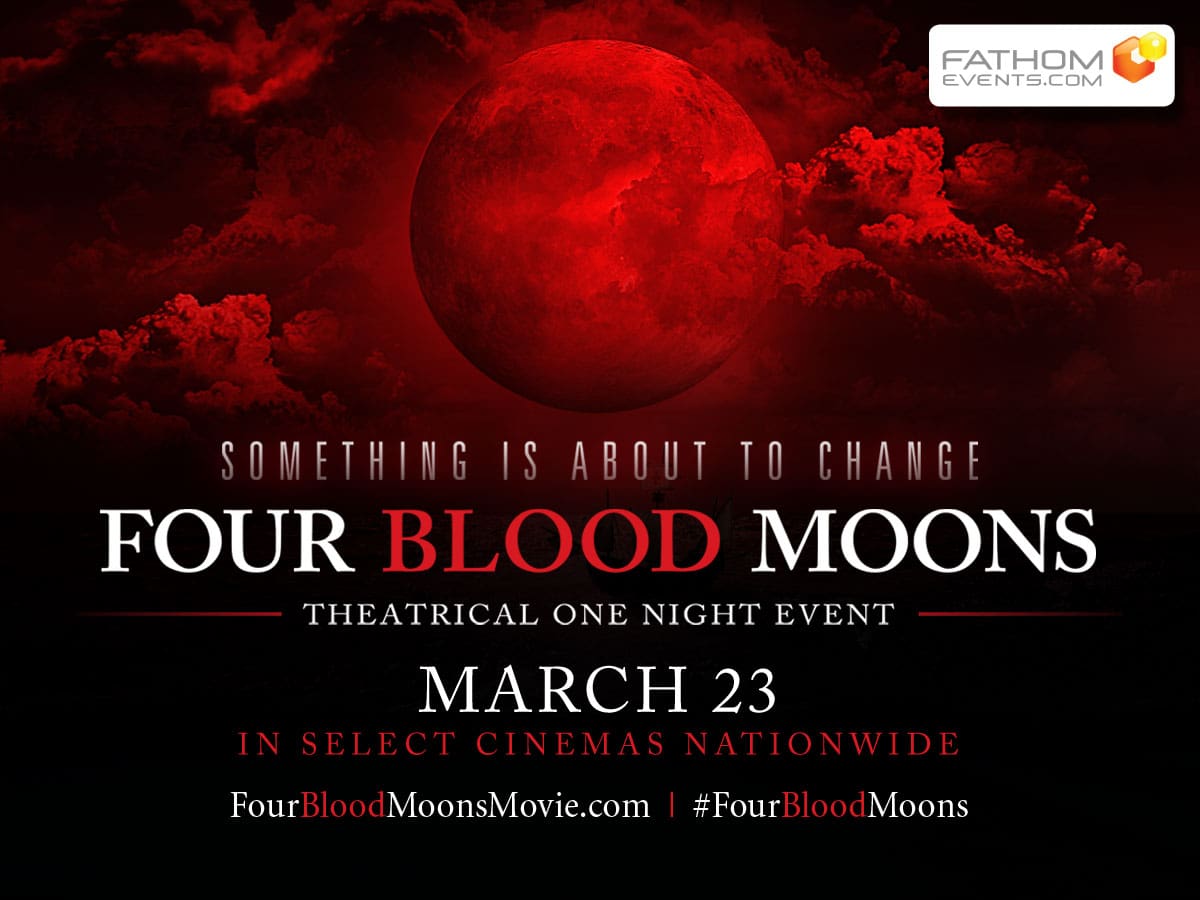 On March 23, 2015, at 7:30 pm, John Hagee will be bringing his top-selling book The Four Blood Moons: Something is About To Change to the big screen. The highly anticipated movie looks back in time 500 years ago when the blood moon tetrads (a series of four total lunar eclipses) began on the first day of Passover and how the three separate events in 1492, 1498, 1967, and the current blood moon event that began on April 15, 2014, have been tied to significant dates in Jewish history.  These lunar events have been forever linked to major events coinciding with the Jewish calendars and major historical events such as Columbus sailing to find the new world in 1492 due to the expulsion of Jews from Spain, the state of Israel being formed in 1498 after the Six-Day War, and the city of Jerusalem being returned to the state of Israel as its capital in 1967. The docudrama explores these events and gives perspective on what they could all mean from a biblical and historical standpoint.

The movie is presented by Fathom Events, Goose Creek Productions, INPOP Records, ReelWorks Studios, and the WTA Group. It features prominent viewpoints from well know religious scholars, historians, and commentators including filmmaker Dinesh D’Souza and historian and author David Barton. The trailer shows an excerpt that places it on par with other high quality movie productions out today.

West Virginia theaters that will be participating in the one night event are:

Tickets can be purchased at www.fathomevents.com or through the movie site at www.fourbloodmoonsmovie.com. Groups of 25 or more can inquire about discounted rates on the movie site.

Please check the website for updated information or changes to locations.