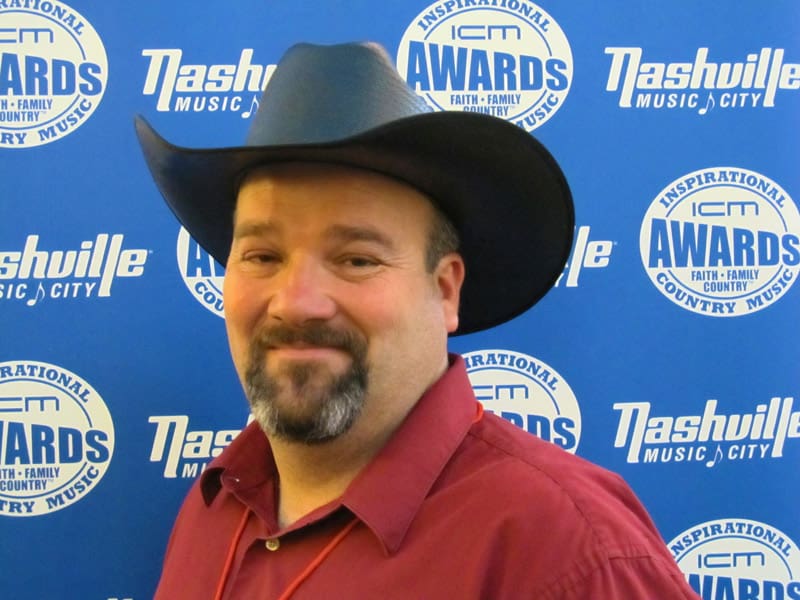 In our last issue, we interviewed the band Spoken For. In that interview Corey Brooks spoke about how a DJ from Summersville, WV, played an un-released song at the right time, and in the process unknowingly was influential in helping a community heal. We caught up with radio personality J. R. Pitsenbarger and asked for his perspective on where gospel radio is heading and his thoughts on the Christian music scene in this digital age.

When J. R. Pitsenbarger started in radio at age 16 it was a different world. Music was on vinyl 45-rpm records and almost all stations had live DJ’s to play the hits. To preview new music they would bring in a portable turntable every weekend and use reel-to-reel tapes for the weekly programming. In the late 80’s that changed, and the promotional companies would send in new music on compact discs. Now companies send out e-mails to station programmers directing them to visit their website to preview the new music, and download the digital files. A few companies have continued sending out CD’s, but digital downloads are the least expensive way for them to get their music out.

Station programming also took a drastic change in the 90’s after they were deregulated by the FCC. Larger companies could then buy more stations in a market and control the area, making it much harder for the independent stations.

“Now there are large companies controlling what music goes out. That is one reason why it is harder for Christian artists to get their music out and on the radio,” J. R. stated.

He has always worked Sundays and taken care of the Christian and gospel programming since he began his career at WCWV 92.9 in 1986. When he started, the station was playing pop/rock programming and he did the Sunday country gospel show. Eventually the station went to full time gospel. Many told J. R. that an all gospel format would not work but he saw it differently.

“There was a time when people said it was not going to work but, I had faith and I pressed hard,” he remembered.

The station found great success with the new format, winning lots of awards and finding its niche in the southern West Virginia market, with a large audience in the coal fields.

“We ended up being listened to on the job at coal mines. We had miners listening on the night shift–who were not Christian–calling in requesting songs because it had that country feel. People like country music in West Virginia. We were leading them to the Lord whether they knew it or not.”

In 2012, the station wanted to change back to a classic pop format and J. R. decided to leave knowing that he wanted to continue with the gospel format. He was only off for two months when he was picked up by Summit Media out of Sutton, WV.

J. R. takes the old school approach in choosing the songs for his “Sunday Evenings with J. R.” show on WVBD 100.7. His format is Christian country, southern gospel, and bluegrass. He takes the time to listen to the label CD’s and goes online looking for new acts, as well as, keeping the classics on hand for requests.

“I also look at some of the new artist and see if their style will fit the format. There are many different genres of gospel music now and they don’t all fit together like they used to. Everyone used to be southern gospel but now you have more of a rock gospel. You’ve got the Stryper type or a pop sound. Traditionally my format has been Christian country, southern gospel, or bluegrass gospel. I also mix in some contemporary when I can.

“I try to look for new artists that have a unique sound. When searching for music there are some things you just can’t play even if it fits your format. The recording is bad or maybe the voice doesn’t fit the song. You really have got to know your audience.

“There are a lot of independent artists and groups that have a song they want to promote. Instead of going through a record label or a promoter they try to promote it themselves. Sometimes they really need the help of a promoter or a producer.”

Over the next five or ten years, trends show that there is going to be a big change in how music is played and distributed. J. R.’s  many years in the business gives him an educated view of what could be coming for local radio, and he shared his thoughts on it.

“I see listeners that are mature listening to radio for a few more years, because that is familiar and what they like. They haven’t really moved to iTunes or the internet radio stations. The younger generation still has an, ‘Oh cool your on the radio,’ attitude, but I see a change in radio coming that us older guys will not like. It is going to be the younger generation sampling the songs themselves instead of the D J’s auditioning the music and giving it to them. I see a possibility of a sad future in radio in some ways, but in other ways, folks that want to know what is going on–as long as those stations have those local links–people will listen to local radio. The internet  stations won’t tell you there’s a ramp dinner down the road, that there’s a meeting for the Farm Bureau tonight, or things that really involve the community.

“The music that DJ’s will be playing in the future will be driven by the younger folks and what they are listening to. We will be checking their playlists.

“I think DJ’s and radio will still play an important role in Christian music. It is hard for an independent artist to promote their CD to all radio stations and go national. Many stations like WVBD have a small portion of their weekly format dedicated to gospel. Part of getting out new music would include going through a good promotion or production company. It’s going to cost a little money, but you need someone around that is going to be honest. If you are not as good, they need to let you know.  Maybe your high ranges are not good and they can help find songs that keep you low. Don’t take it critical, take it as someone trying to help you and critique you.”

Doing radio on Sundays has been J. R.’s ministry. Because of his schedule in the past he was unable to attend church regularly. With his new position at WVBD, he has been able to go to the Alta Church of God. J. R. was familiar with the pastor from his program on the station and decided to attend. He was baptized there and goes almost every Sunday.

J. R. has had many awards over his 29 year career including the 1993 Top 10 Gospel DJ of the Year, the 2011 ICM Faith, Family & Country™ Radio Personality of the Year, four-time ICM Faith, Family  & Country™ Radio Station of the Year 2011, 2010, 2009, 2007 with WCWV, the 2012 International Country Gospel Music Awards (ICGMA) DJ of the Year, and others. He is currently nominated in the Christian Voice Magazine’s 2015 Gospel Music FanFair and the 2015 King Country Agape Fest for favorite radio personality with WVBD.

J. R. is not only a DJ, he is currently Vice President of the WV Farm Bureau and has been a board member for seven years. He is an enumerator for the National Association of State Departments of Agriculture, where on a part-time basis he does surveys for the USDA. He is the Nicholas County Farm Bureau President, is on the Nicholas County Fair Board, and the Vice Chairman of the Elk Conservation District for Braxton, Nicholas, Webster, and Clay Counties. He is also on the WVU Extension Board of Governors for Nicholas County.

J. R. currently lives on his family’s 160 year old farm in Nicholas County with his wife of 20 years Tanya, along with their two “adopted” sons Eric and Joseph. His sister Helen and other family members help on the farm where they raise cattle and hay. His two passions in life are farming and radio, where he signs off each show with, “Let Jesus be the station your frequency is tuned to this week.”