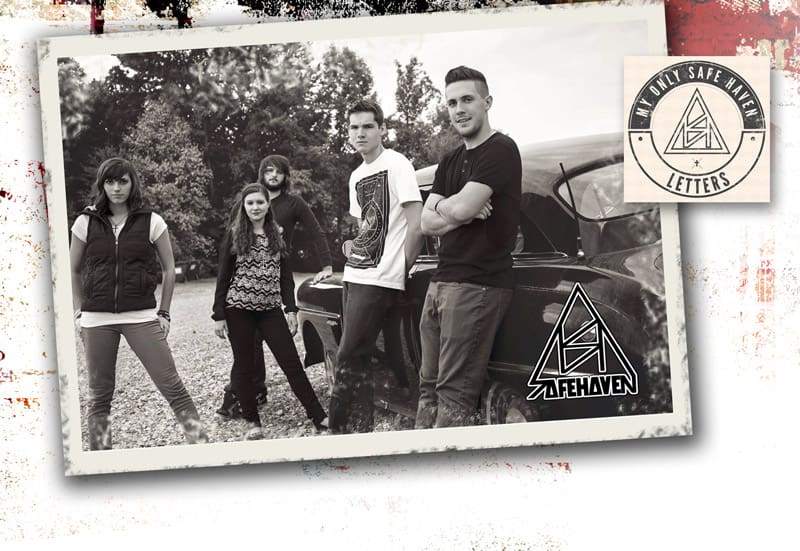 A chance viewing of a video posted online by Kayla Saunders in 2014 has been the single most exciting event in her life thus far. Her whole world has been on a trajectory of success from her days as a stand-out woman’s softball player at Independence High School in Raleigh County, WV, to a full scholarship to Concord University in Athens, WV, where she graduated with a degree in accounting this past May.

Kayla’s video was seen by Corey Brooks, co-owner of Verb Records, a division of Merit Music Group, in Beckley, WV. He contacted Kayla and they agreed to meet at Starbucks to discuss signing her to the record label. Kayla was adamant that she did not want to do a solo project and felt she would be more successful surrounding herself with talented people. Just so happened, she knew of a couple of guys that would fit-the-bill. She went to high school with Caleb Bolen, who played guitar, and Brian Sexton, who played drums, and both also attended Concord. They had all played music together before and were also all into sports, so she felt comfortable with asking them to join the group.

Shortly after they came together as a band, they began writing and quickly went to record in August of 2014, in Athens, TN, where they collaborated on a six song EP called Letters. 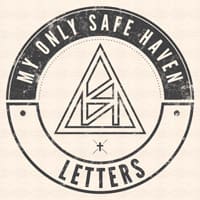 To complete their sound, in September of 2014 Preston Belcher, another college classmate, was added on guitar, and soon after Taylor Ray, also a classmate from high school and Concord, joined with her talent on the keyboard.

They describe their unique sound as Christian pop-punk along the lines of Paramore, Fireflight, and Flyleaf. The love of all types of music between each of them has formed a “meet-in-the-middle” sound, from heavy rock to softer pop tones.

Having opened up for secular bands in places like the Southland Ballroom in Raleigh, NC, and at Marshall University, the band is thankful that the crowds have responded so well to their music. They have also played to a packed house at the Family Worship Center in Beckley, WV, where Caleb and Kayla have led youth worship over the past few years.

“When we do churches, we do our songs and then we throw in some worship songs, especially for an altar call but, when we play secular venues, we will throw in a few covers like Paramore, or “Ho Hey” by the Lumineers. I make them play one Taylor Swift song. They don’t like it but, I like it,” said lead vocalist Kayla.

At the performance in Raleigh, the group played with secular bands and felt apprehensive but, they are all about playing their music, and received a really good response from the experience, even gaining new fans that are still in touch with the group today.

“We started off and everyone was like, okay, cool, they’re a band. By the end of the set it was like, yeah, it was good. Sweet!” Preston remembered.

Kayla expanded, “We play songs that, I guess, regardless of your beliefs, people can enjoy and take something from it. If we can help people in any way, that’s what we want to do, especially if we can help people find God or, maybe help them make just a step closer to finding God.”

With being a band that performs in both secular and Christian venues, the group is very clear about their message.

“I think the message is even if we can help someone come closer to finding God or make them ask, ‘Hey, who was Jesus?’…and then ask them why don’t you come find out, ” Preston stated.

“I think our goal as Christians is to grow the Kingdom. I believe that if you can just make one person even get a step closer, even if they are totally against religion, or Christianity, or anything. If they can enjoy your music…they might think maybe Christians aren’t so bad. I love leading worship and seeing people get saved. There is really no feeling like that! I love being able to do both things,” Kayla said.

“Normally someone with long hair and a beard, you don’t really think he is a drummer over at the church. It kind of makes me more accessible to other people. It kind of helps to expose more people to us,” Brian added.

One of the groups songs, “This Is Your Story, Not A Goodbye Letter,” tackles the serious subject of suicide prevention and depression letting the listener know that there is hope and they can keep writing the story of their life. The groups positive lyrics on faith and hope have connected with audiences as shown by the EP’s rise to #33 in the Christian and Gospel genre on the ITunes chart after its release in April of this year. The second highest charting debut album for Verb Records.

The band sees themselves working on more albums and touring over the next few years, while traveling the country and spreading their positive message to as many people as possible.

As with any new band, My Only Safe Haven have had a lot of help over the past year to get their album out and start on their journey. Some of the people who have been an integral part of their current success are: friends and family, especially their friend Kelsey, Ryan & his family, Corey Brooks and T.K. King from Verb Records, Caleb’s dad and family for allowing them to practice at all hours of the day, Steven Nicholson from Crank It Loud Booking Agency in Greensboro, NC,  Guitars Plus in Beckley,WV, and most of all God. He is the reason they came together in the first place. They also acknowledge that the prayers of fans, family, and friends are what helps to keep them on the right path and continue to grow the Kingdom.

Their EP release Letters is now available on  iTunes. You can find them on socials here:

MY ONLY SAFE HAVEN: CAN’T GET ENOUGH

MY ONLY SAFE HAVEN: FALLING UP