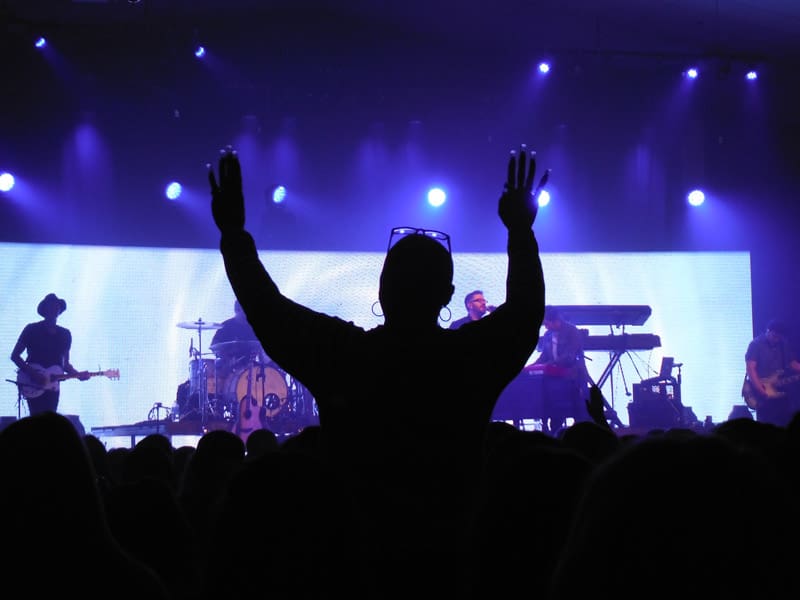 The evening started with a brief introduction by Senior Pastor Robert Shingleton and the tone for the night was established with the upbeat music from the new Christian band Reno. 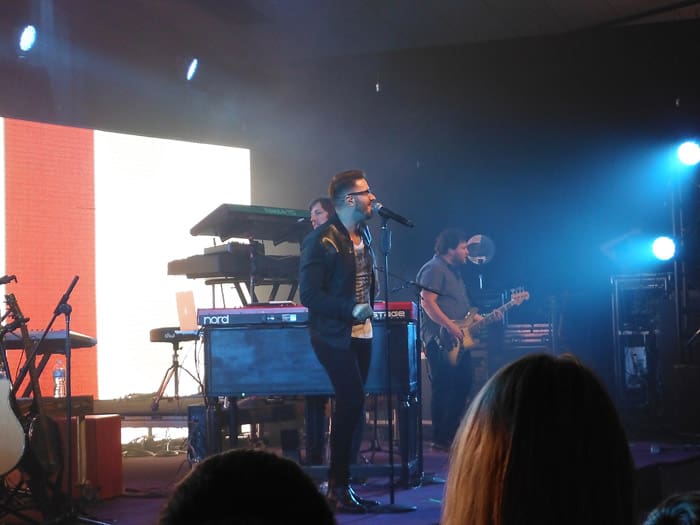 American Idol alum Danny Gokey took the stage next with exuberant applause. He belted out his hit song “More Than You Think I Am” and his number one hit for four weeks “Hope in Front of Me.” 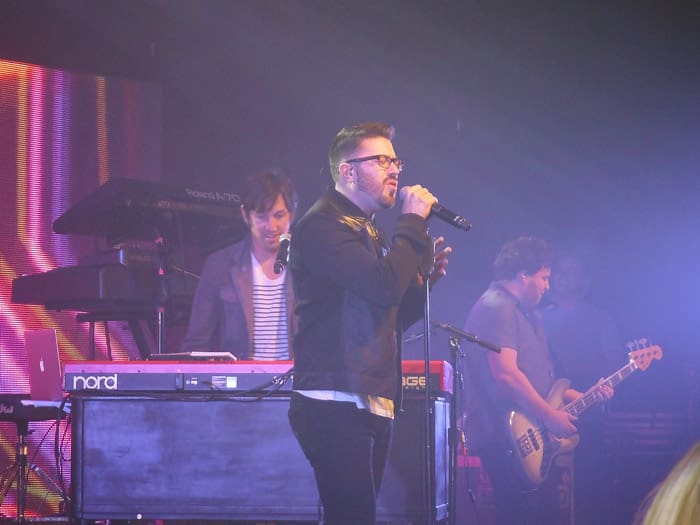 He gave his testimony of loss and struggle with depression and how God pulled him out of it. He introduced his song “Tell Your Heart to Beat Again” with a story of how a heart surgeon had done everything he could for his patient but her heart was not restarting. He knelt to his knees, prayed, and asked her to do what she could to come back to them, and her heart started!

Danny also performed “Lift up Your Eyes” from his newly released Christmas album Christmas Is Here. His soulful voice and driving beats kept the crowd on their feet and praising the One who was on display for the night: Jesus.

Newsong, the veteran group of the night and founders of the successful Christian concert series Winter Jam, absolutely knocked the socks off all those in attendance. Many had never seen the group perform live. 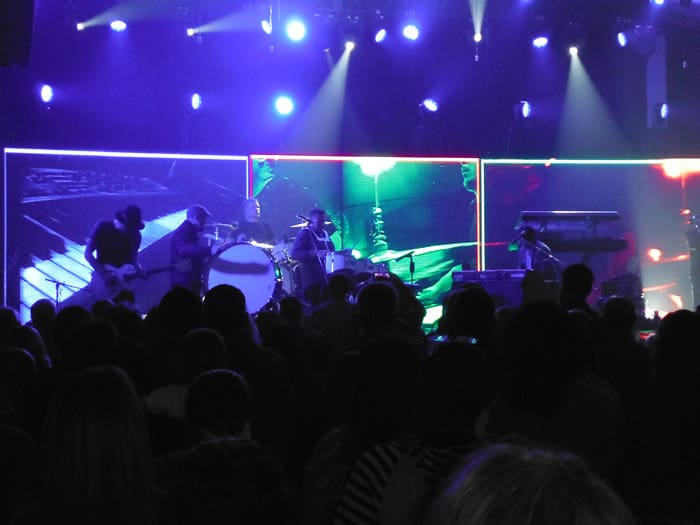 Starting their set off with “People Get Ready,” the classic song by Curtis Mayfield, they brought their organ and blues sound to the forefront along with their mastery of many instruments. They transitioned into a few acoustic songs and band geeks (including us) were elated to see the addition of a cello, a bass drum, quad drums, a trumpet, and a trombone. Even a whistle was added to the mix! Their talent and singing abilities were beyond compare when they performed “Arise My Love.” You could feel the Holy Spirit moving with each note as the crowd sang along with their hands raised.

Before intermission, Russ Lee of Newsong recounted a missions trip the band took to a third world country. The crowd laughed and cried at the tale of a small little special needs child that was the focus of the visit to the jungle. After that experience the group found Holt International Children’s Services and became involved in promoting the faith-based humanitarian group. Holt International dedicates its efforts to helping children become healthy and in finding adoptive parents.

After the short break, another American Idol alum Mandisa came on stage and filled the room with her commanding voice. She spoke to the crowd and gave encouragement that mercy comes in the morning before she sang “Good Morning,” and performed the popular Zumba® moves. People on the front row even joined in and participated. Danny Gokey stepped up to fill some pretty big shoes, helping Mandisa by singing TobyMac’s part in the song. Prior to singing the song, she admitted that she is not a morning person at all.

The songstress performed more of her songs such as “Waiting for Tomorrow,” “Back to You,” and her big hit “Overcomer.” Every seat was empty as she belted out the Christian anthem and the crowd sang along. 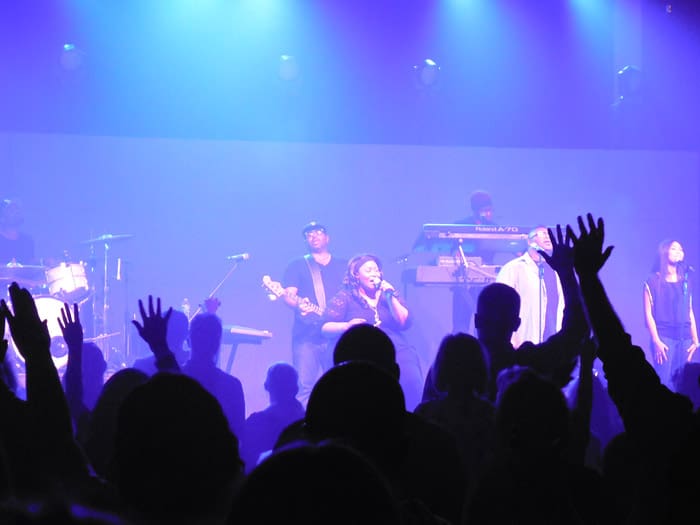 Still elevated by Mandisa’s exciting performance, the crowd settle back in their seats and Russ Lee came to the stage to give final words of praise and to pray over all those in attendance. Those who felt the need for special prayer were asked to raise their hands as he acknowledged them and thanked everyone for coming out to worship the Lord. 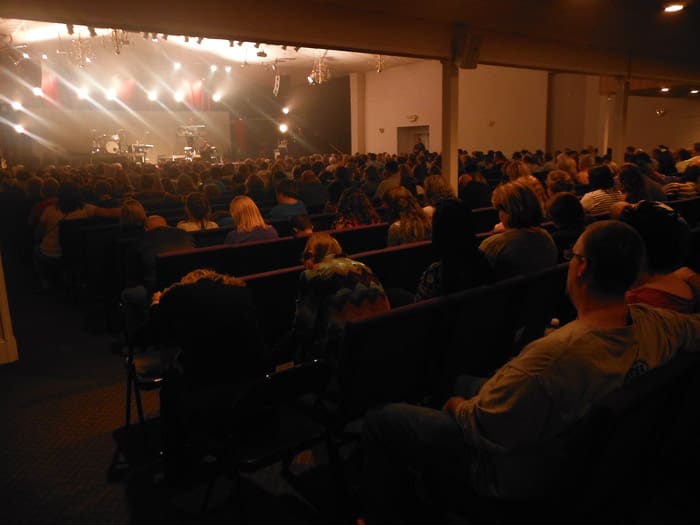 What a great way to spend a Thursday evening…in the company of believers worshipping the Lord!