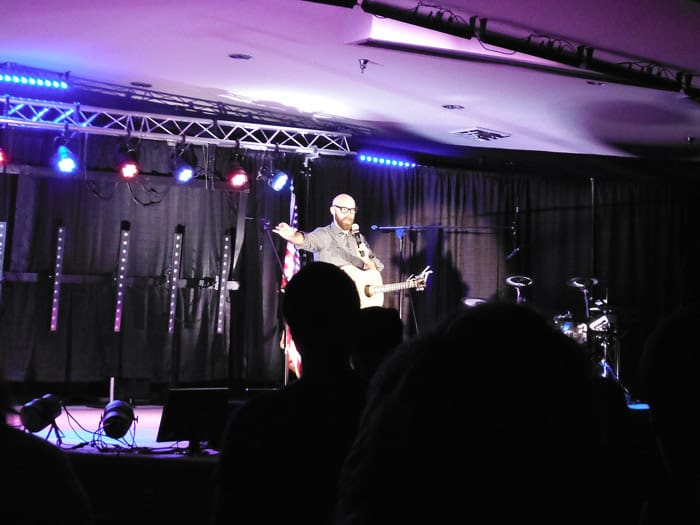 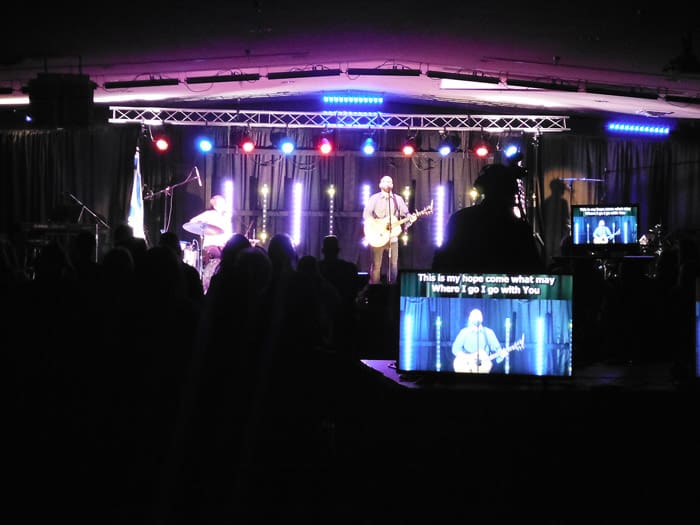 On Saturday, December 5th, The Way of Holiness Church in Buckhannon, WV, hosted singer/songwriter Tim Timmons for the day.

The full schedule included a special Cancer Survivors event at 2:00 pm and a Men’s “Standing Firm” event at 3:30 pm. The evening concluded with a concert at 7:00 pm. 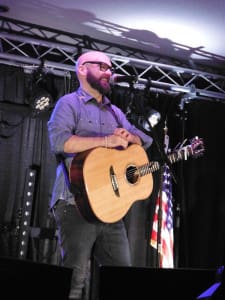 Mr. Timmons was diagnosed with an incurable cancer 14 years ago and given 5 years to live. His unique perspective influences his song writing and also contributed to the powerful worship atmosphere during his 2-hour performance. All events were free.

Those attending felt Tim’s passion and joined with him to raise up the Body of Christ. Many stood most of the evening singing and raising up their arms in worship. You could feel Tim’s heart as he spoke about living out his life not just believing but following Jesus, knowing the same power that raised Him from the dead was living inside him.

“What if it were true?” Timmons repeated throughout the evening.

Tim’s debut album, Cast My Cares, was released in 2013 and his sophomore album, Awake Our Souls, includes ten “prayers” written out of his own experience to help others to surrender to the Kingdom of God.

Timmons is currently touring with Francesca Battistelli on her Third Annual Christmas Tour.

For tour dates and more on Tim Timmons visit timtimmonsmusic.com.