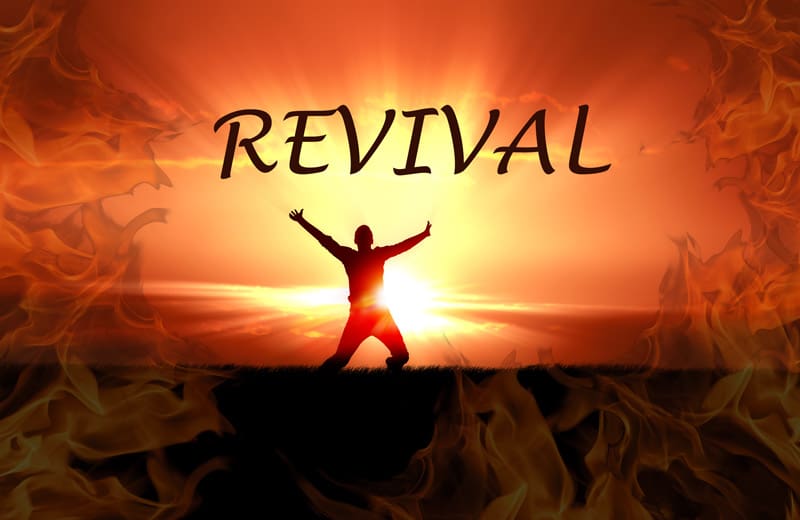 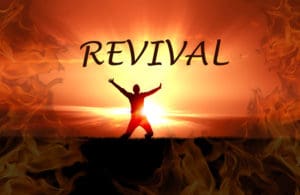 We recently spoke with Pastor Mitch Bias from Regional Church of God in Delbarton to find out more about the West Virginia Revival.

The church regularly conducts revivals but this year something would change. In January, after praying about whom to bring in as the speaker for the Spring Revival, Pastor Bias felt prompted by the Lord to invite Matt Hartley, a young evangelist from Cleveland, Tennessee. He had met Matt before but never had the opportunity to hear him in person, only online.

Through a friend, Pastor Bias was able to make contact and scheduled Matt to minister April 10-13 at Regional Church of God.

On April 11, Matt spoke at the church’s Christian school chapel service. There was such a tremendous move of God that he was invited to speak the next morning at Mingo Central High School’s prayer club. It was a voluntary event where students could choose to attend.

Around 450 students came out for the service and 150 responded to an altar call for salvation. That is where the “tipping point” began.

“From that,” Pastor Bias acknowledged, “the crowds began to grow larger. The next Saturday there was a stadium event sponsored by the prayer club from Mingo High School. It also was a voluntary event where 3,000 people came.”

The crowds continued to grow, and Regional Church could no longer accommodate them, so the event was moved to the Field House in Williamson.

These are spontaneous events reflecting a move of God, and the individuals involved are not looking to do anything other than promote the Gospel and see people saved and healed.

“We’ve had as many as 1,750 people saved during one service at the Field House in Williamson,” Pastor Bias added.

“For many years we have believed for an awakening, and we have been at strategic prayer gatherings in West Virginia and other leadership meetings where the Lord would sovereignly speak prophetically and say He was going to do something in the Last Days out of the coalfields and in the state of West Virginia.”

“In Flatwoods in 1998, Ron Thaxton, with the PrayWV–Church In The City movement out of Charleston, scheduled an intercessor and pastors gathering there, in the geographic heart of the state.

“At that meeting, there was a prophetic word that came as if the Lord was speaking to West Virginia like speaking to a person. And the Lord said, ‘Do not disdain your hiddenness West Virginia, because I have hidden you for the Last Days. And if you will ask me for further revelation, I will tell you what this is about.’ And then He quoted His own scriptures from Micah chapter 5. ‘But thou Bethlehem Ephrathah, who you be least among all of Judah, yet out of you shall come salvation.’

“I have held that Word and a vision Gary Kisner from Fairmont–who has now passed away–had years ago after the meeting in Flatwoods. It was about West Virginia rising out of the Nation and becoming a heart that pumped blood through the panhandles into the Nation and starting to fill with blood–so that would be from the southern coalfields.

“I have held this for many years believing that at some point, by a sovereign plan, on His timing, God would begin to release an awakening; because West Virginia is a hidden place. It is not that we disdain ourselves, or think so little of ourselves, or that couldn’t happen here, but I believe the Lord has reserved us for such a time as this.

“It’s been fulfilling for me in the sense that I have believed for this and others have too. It is not just me; many have held this for many years knowing that, at some point, God would do it. And I think that is what it is. We are at the beginning stages.

“These are such climactic times, and we are in such desperate times people know that, and they know something has changed even in our Nation. There is such a moral vacuum and people are so desperate for the truth; I think a generation of young people are misinformed that they are just an accident: time, plus chance, plus matter, equals man. When they hear the real true Gospel from the true Living God who created them in the first place it’s like in Matthew 11, the violent take it by force. Now that is not violence in the way the world thinks of it, but it is the pressing in.

“So I think what we are going to continue to see is a reaction to the Gospel because even the evangelist is preaching an uncompromised Word and I believe it will continue to spread–all born of desperation. People are that desperate for truth and reality. We like to say here in our local church, ‘God’s laws are not made up rules they are descriptions of reality.

“William “Winkie” Pratney said once that the greatest addiction of our generation is not pornography or drugs or promiscuity, the greatest addiction is fantasy. We have raised a generation up on what is not real, and they have become addicted to fantasy. Even what we call ‘Reality TV’ is a lot of phony people being phony, but we call it ‘reality.’ When they hear real truth from God’s Word that is not made up rules and are descriptions of what is truth and reality, I think they are pressing in to take it by force. I believe that we will continue to see that reaction and a chain reaction as it moves through this state and then begins to break out all over the Nation.

“The Lord has a plan for America. I really believe he has chosen a wilderness setting like West Virginia to touch the Nation, but I qualify it again by saying it’s not for notoriety about us or it’s not for name recognition. It is truly all about the Lord Jesus.”

The Bible teaches us that we must stir ourselves up to take a hold of God and to do that we must get back to the basics of prayer, studying the Word, and let the Lord lead.

And he said unto them, It is not for you to know the times or the seasons, which the Father hath put in his own power. Acts 1:7 KJV

“We should stay sensitive,” Pastor Bias concluded, “and ask God to help us to follow Him as in Acts 1:7 and stay yielded to Him and follow His lead.”

The revival will be in Logan County from May 16-18, hosted by West Logan Church of God at the Coalfield Jamboree. You can watch live HERE.

Awakening in the Mountains will continue as the Lord leads so check below links for locations and times.

Visit Regional Church of God online HERE or on Facebook HERE for more info and watch services live at: http://www.ustream.tv/channel/regional-church. {See link below}