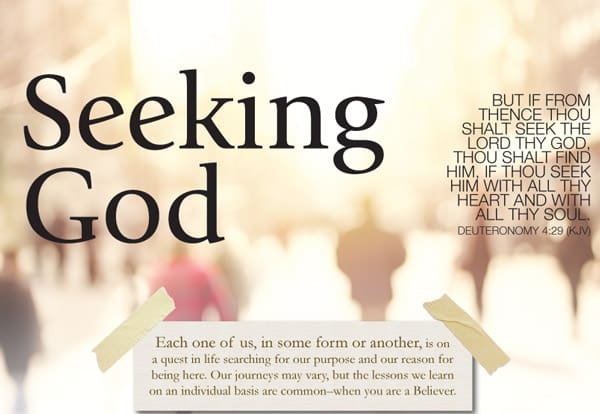 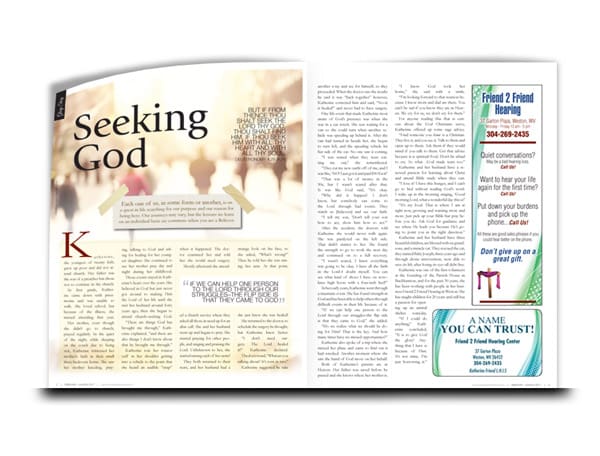 Katherine, the youngest of twenty kids, grew up poor and did not attend church. Her father was the son of a preacher but chose not to continue in the church.

In first grade, Katherine came down with pneumonia and was unable to walk. She loved school, but because of the illness, she missed attending that year.

Her mother, even though she didn’t go to church, prayed regularly. In the quiet of the night, while sleeping on the couch due to being sick, Katherine witnessed her mother’s faith in their small three-bedroom home. She saw her mother kneeling, praying, talking to God and asking for healing for her youngest daughter. She continued to see her mother pray day and night during her childhood.

Those events stayed in Katherine’s heart over the years. She believed in God but just never got around to making Him the Lord of her life until she met her husband around forty years ago; then she began to attend church–seeking God.

Katherine tore her rotator cuff in her shoulder getting into a vehicle to the point that she heard an audible “snap” when it happened. The doctor examined her and told her she would need surgery.

Shortly afterward she attended a church service where they asked all those in need up to an altar call. She and her husband went up and began to pray. She started praying for other people and singing and praising the Lord. Unbeknown to her, she started raising each of her arms!

They both returned to their seats, and her husband had a strange look on his face, so she asked, “What’s wrong?” Then he told her she was raising her arm. At that point, she just knew she was healed!

She returned to the doctor, to schedule the surgery he thought, but Katherine knew better.

“I don’t need surgery. The Lord healed it!” Katherine declared.

The doctor said, “What are you talking about? It’s torn in two.”

Katherine suggested he take another x-ray and see for himself, so they proceeded. When the doctor saw the results he said it was “back together” however, Katherine corrected him and said, “No–it is healed!” and never had to have surgery.

One life event that made Katherine most aware of God’s presence was when she was in a car wreck. She was waiting for a van so she could turn when another vehicle was speeding up behind it. After the van had turned in beside her, she began to turn left, and the speeding vehicle hit her side of the car. No one saw it coming.

“I was scared when they were cutting me out,” she remembered.

“Why did it happen? I don’t know, but somebody can come to the Lord through bad events. They watch us [believers] and see our faith.

After the accident, the doctors told Katherine she would never walk again. She was paralyzed on the left side. That didn’t matter to her. She found the strength to go to work the next day and continued on to a full recovery.

“I wasn’t scared, I knew everything was going to be okay. I have all the faith in the Lord–I doubt myself. You can see what kind of shoes I have on now–knee high boots with a four-inch heel!”

In her early years, Katherine went through a traumatic event. She has found strength in God and has been able to help others through difficult events in their life because of it.

“If we can help one person to the Lord through our struggles–the flip side is that they came to God,” she added.

“Do we realize what we should be doing for Him? That is the key. And how many times have we missed opportunities?”

Katherine also spoke of a trip where she missed her plane and came to find out it had wrecked. Another moment where she saw the hand of God move on her behalf.

Both of Katherine’s parents are in Heaven. Her father was saved before he passed and she knows where her mother is.

“I know God took her home,” she said with a smile.

“I’m looking forward to that reunion because I know mom and dad are there. You can’t be sad if you know they are in Heaven. We cry for us, we don’t cry for them.”

For anyone reading this that is curious about the God Christians serve, Katherine offered up some sage advice.

“Find someone you know is a Christian. They live it, and you see it. Talk to them and open up to them. Ask them if they would mind if you talk to them. Get that advice because it is spiritual food. Don’t be afraid to cry. So what…God made tears too.”

Katherine and her husband have a renewed passion for learning about Christ and attend Bible study when they can.

“I love it! I have this hunger, and I can’t go to bed without reading God’s word. I wake up in the morning singing, ‘Good morning Lord, what a wonderful day this is!’

“It’s my food. That is where I am at right now, growing and wanting more and more. Just pick up your Bible but pray before you do. Ask God for guidance and see where He leads you because He’s going to point you in the right direction.”

Katherine and her husband have three beautiful children, are blessed with six grandsons, and a miracle cat. They rescued the cat, they named Baby Joseph, three years ago and through divine intervention, were able to save its life after losing its eye–all debt free.

Katherine was one of the first volunteers at the founding of the Parrish House in Buckhannon, and for the past 30 years, she has been working with people at her business Friend 2 Friend Hearing in Weston. She has taught children for 20 years and still has a passion for opening up an animal shelter someday.

“If I could do anything,” Katherine concluded, “It is to give God the glory! Anything that I have is because of Him. It’s not mine. I’m just borrowing it.” 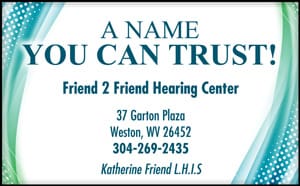