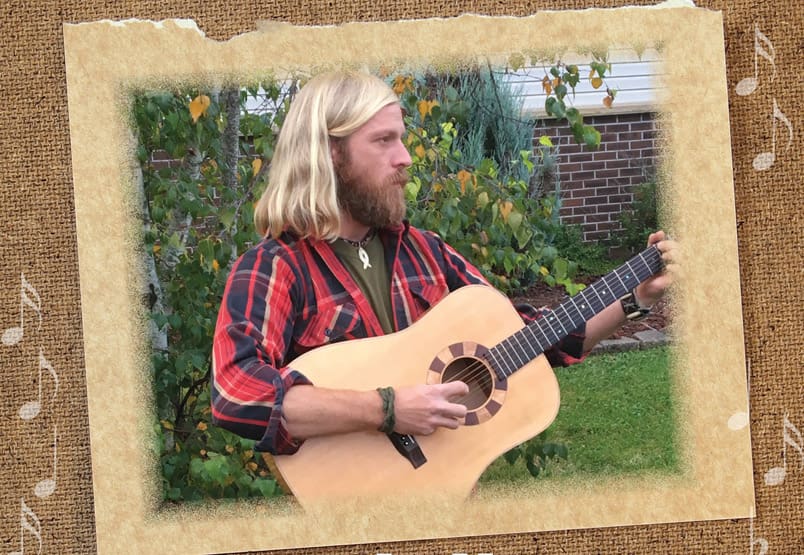 The music of Eric Phillippi can best be described as, a worship experience through music artistry.

Eric grew up in the Smoky Mountains of North Carolina. His father pastored a small Methodist Mission Church where for 7 years they lived on a Cherokee Indian reservation. It was a place full of culture and storytelling with Appalachian music and American Indian influences abounding.

As a child, he would listen to music on his ‘jam-box’ and would be so overwhelmed with emotions that he would weep. He just loved music. The seed that was planted in him began to grow, and his interest in music became evident. He would sit around and compose quirky songs and melodies just for fun. By age 14, Eric started to pursue learning music and different instruments and joined up with some friends. They would get together and practice, but when everyone else would get tired, Eric had a desire to keep on playing long after they were done.

By his late teens, Eric was playing regularly in a Classic Rock group in Asheville, North Carolina. The group started to gain momentum in the local scene, but there was a change happening inside of him that would draw him to deeper waters.

Writing secular and ‘bar acceptable’ songs, one day Eric had an epiphany when he noticed the prominent themes of darkness and light and fallenness and redemption were playing out in his music. He had given his heart to the Lord at an early age but in his teen years found himself running from it. God continued to pursue him–one song at a time. He slowly opened his eyes and accepted his musical talent came from God.

The question Eric posed to himself was this, “Music had come to me from God, and if that was the case, why the heck was I using what He gave me for things that aren’t of Him?”

From that moment he became fully invested in creating music for Jesus. Once he made that decision, a slow progression brought his life into alignment with what God had placed in him to do.

Eric married his wife Kara in November 2007 after knowing her for a few years. Her family ‘just happened’ to visit one summer and subsequently returned each year to help with missions at the church. She would stay on the Reservation during the summer and help out. At one point they both just knew they were meant to be together.

Even though most of his years were spent growing up in North Carolina, Eric’s parents once lived in Buckhannon. His father came to oversee six local churches in Ellamore, and for a short while attended West Virginia Wesleyan College when Eric was just seven weeks old. They lived there for two years before his family moved back to the Tar Heel State. Now, he has come full circle and returned to the Buckhannon area through a series of divine events. It was undeniable that they were being called to the area.

“I really love West Virginia. There are a lot of very strong Christians in this area, and that is very different from what you see in most of the country. There is just something different here.”

Phil Keaggy, Rich Mullens, and Larry Norman and the Jesus Rock movement of the 1970s heavily influenced Eric. The American Indian culture he was surrounded with growing up also adds to his unique sound.

“I really admire Rich Mullens,” Eric commented. “He was rough around the edges, but I am too. He was as genuine as you could possibly be and his music is profound in my opinion–lyrics and music. I think that is important. Some people only care about the words, but for me, it’s the music too. Music speaks even without words.

“In those days you had artists that would have done what they were doing whether they made money at it or not. It was something special and not something everyone could do.

“I wish there was more Christian music that was original, not cookie-cutter. There are some out there, but you just don’t hear those artists on the radio that much. Maybe the Lord will turn that around.”

The shift in Christian music over the last 15 years has left an unfilled space for songs that take you on a journey. Songs that express an urgency to turn to Christ through storytelling, not just repeating lines in a chorus.

“What I do,” Eric added, “is not about a career, it’s about being justified to do it. Putting in the time like the scripture says, whatever you find to do with your hands, do it unto the Lord with all your heart. Give it your all.”

Song writing for Eric is his soul’s passion since he surrendered to God. He has a vast catalog of original music that showcases his talent on such instruments as an acoustic guitar, an Irish bouzouki, which is used in traditional Irish music, and the Native American flute. Movie scores for The Last of the Mohicans, The Lord of the Rings, and Braveheart are on his top-ten list, and his propensity for original Celtic ballads lends to his ability to enable an audience to worship in a unique way.

“For me, the Lord, Himself speaks to me through music more profoundly than any other way. The songs just come to me. If I feel like I have to force one too much, I put it on the back burner or dispose of it. And sometimes I’ll get pieces of songs that a year later I’ll see that it needs to go to another song.”

Worship is an individual experience. Some people like old hymns or Southern Gospel and still others like the mainstream Contemporary Christian songs and fast-paced digital sounds. But there is one genre of worship music–70s storytelling–that was left behind, and that is precisely where Eric feels at home.

Eric’s music creates an atmosphere where the audience is able to experience worship in a unique and soulful way with a man and his instrument. It lends itself to an experience similar to how Saul reacted when David would play his harp, one on one, with a gift of song and music on display.

“To me,” Eric concluded, “worship is how you live not a style of music. We are to offer our bodies as a living sacrifice–that should be our worship. It’s hard for me to imagine being ushered into the Kingdom of God to a pop song. I just don’t see that working.”

To watch Eric under his anointing for music and enjoy his passion for the Kingdom of God and his Lord and Savior Jesus Christ, you will inevitably receive the message he brings from the Spirit–to prepare for the return of Christ.