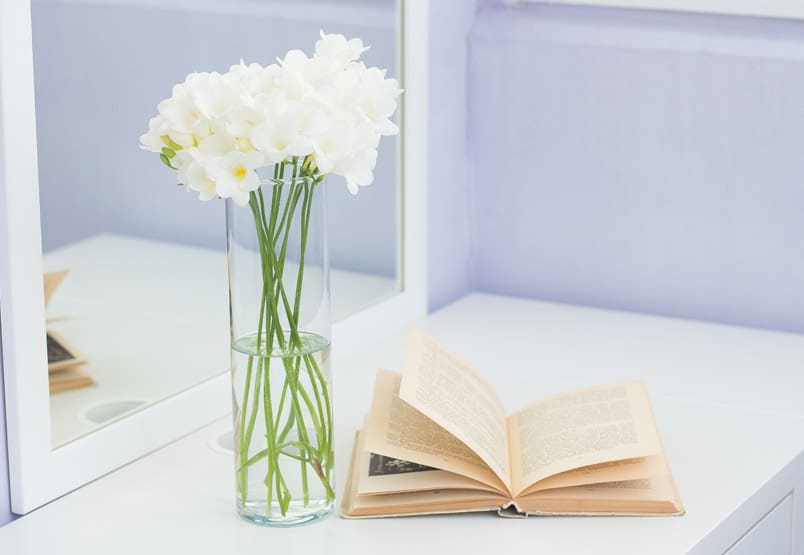 One of the most fearful passages in the Bible is Hebrews 6:4 through 6:6.

It is impossible for those who have once been enlightened, who have tasted the heavenly gift, who have shared in the Holy Spirit, who have tasted the goodness of the word of God and the powers of the coming age and who have fallen away, to be brought back to repentance. To their loss, they are crucifying the Son of God all over again and subjecting him to public disgrace. (NIV)

There is a consensus in Bible commentaries that this scripture speaks about a loss of salvation. It is true one can defy God’s goodness and be denied eternal life; however, the point of no return – a total repudiation of God – lies in the person’s hands. The slightest sense of guilt or remorse indicates there is still hope. The main purpose of this article is to help those who have backslidden or fallen away to understand an emptiness of repentance as they step onto the road home.

It may be possible to better grasp the ever-present hope in the Bible by viewing this Scripture truth from the perspective of the Gift, a Grant and Intercession. The unsurpassed greatest gift ever is the Son of God. Christians often consider repentance as a gift necessary to know God; however, repentance functions more on the order of a grant. There are subtle distinctions between a gift and a grant. Intercession is a key element in the grant making process and in the endowment of gifts. Sadly, it is true some can taste the heavenly gift of knowing Jesus and fall away forever, but there is the hope of faith should one only understand and believe it. Again, intercession is a key factor.

One of the most recognizable verses in the Bible is John 3:16: “For God so loved the world that he gave his one and only Son, that whoever believes in him shall not perish but have eternal life.” Jesus is The Gift in capital letters! He is Messiah (promised deliverer), Immanuel (God with us) and the Lamb of God (the blood sacrifice for our salvation). A gift is not earned; it is given by a giver. Father God, the giver, gave the gift…His Son, to not only man but to the whole creation. Have you not heard, “For the creation waits in eager expectation for the children of God to be revealed.” (Romans 8:19 NIV) Part of The Gift is people can become children of God through the redemption provided by the Son, and the creation in which people live benefits also. Now, a gift can be received and cherished, or it can be opened and discarded to some dark corner. Some gifts are thrown away. A gift has no expectations or strings attached. The Hebrews 6 passage speaks of those who wholeheartedly accepted The Gift, then grew tired of it and stashed it in a dark corner. Since Jesus, and all that He is, is a non-returnable gift, there is still hope for salvation.

Christians have been taught for years that repentance is a gift. This is mostly based on 2 Timothy 2:25, “Opponents must be gently instructed, in the hope that God will grant them repentance leading them to a knowledge of the truth.” (NIV) The word grant is prominent in this passage. Paul made tents for a living, this author has not made many tents; however, grant writing has been God’s provision for many years. A grant is performance-based; a grant is awarded for a problem or need to be addressed. At the end of a grant cycle, there is a performance evaluation of the grantee. If the grantee is still actively working the issue, then the grant may be continued. If the grant was misused or neglected, then the grant ends, sometimes recaptured by the provider. Grant makers are not very interested in making grants to nonresponsive parties.

Another thing about grants, it helps to have a friend who believes in the cause. Grants are often awarded on the strength of a third-party’s relationship to the grantee and grantmaker. A third-party champion can ease the non-performance issue for a grantee. What a friend we have in Jesus! Those who are in Christ can also champion spiritual grants, especially repentance. The process is called intercession.

Now then, how does The Gift, a grant and intercession give hope to those who have fallen away. First, salvation is not performance-based. A person can step back into a relationship with God. It takes a different level of faith to walk as a believer without repentance. Repentance lends strength to godly behavior and living. Without it one can live a life within the bounds of God’s kingdom; however, the joy of the Cross is somewhat blocked. According to Scripture, a grant of repentance cannot be renewed to one who has defied God’s goodness.

The narrative of King David’s moral failure with Bathsheba illustrates a man of faith without repentance. David was not very repentant when he called Bathsheba’s husband, Uriah, in from the battlefield to sleep with his pregnant wife. Cover ups indicate lack of repentance. David showed he was absolutely void of repentance when he sent the loyal warrior (one of David’s Mighty Men) back to battle. The King’s specific orders to the generals resulted in Uriah’s death. God sent a prophet to confront David with the penalty; the death of offspring. David did fast and pray for the baby. On the seventh day, David was told his son by Bathsheba was dead, he simply got up, washed his face and went on. The Bible did elaborate on the emptiness that was going on in David in Psalm 51. The point is David continued to walk with God with a grant of a willing spirit. Certainly, it was a different relationship after the falling away from righteousness.

There is a modern story of a young man who had a vibrant relationship with Jesus but fell away in Sin. Even when he was sinning he couldn’t help but tell his sinner buddies about Jesus. Eventually, he returned to a godly lifestyle but could not sense the joy that he had known before the failure. He continued to walk in faith believing in the One who is faithful. The Gift is still a gift. At some point, the spiritual wall was broken, and the young man fully rejoiced in his salvation again. Later he found out that his father, in the same time frame, had climbed a mountain and spent a night interceding on his behalf. The Gift is still a gift, the grant ran out, and a third party champion requested relief. God was good to grant again.

As ministers of the “Good News” we will meet those who have fallen away and are trying to walk with God again. Let us appreciate the unique faith they must live. Let us encourage them with the hope of The Gift. We can most certainly intercede on their behalf. May the Cross be viewed with honor and a willing spirit if repentance cannot be renewed. Let the joy of salvation return unto them. What a friend we have in Jesus!

“Therefore He is able also to save forever those who draw near to God through Him, since He always lives to make intercession for them.” (Hebrews 7:25 NIV)

Recording moments experienced during quiet times is a very valuable practice. Often the voice of God is between a whisper and a thought. My wife was contemplating the first draft of The Gift, a Grant, and Intercession during her quiet time, this is what she heard in the Spirit:

I am a just and loving God; I do not desire that any should perish. I know the heart. I know a true repentant heart. My eyes see into its depths, if there is a true repentance, one who loves Me and desires to turn around and follow after Me.

I am a forgiving God, who will remember your sin no more.

I love you without fail.”