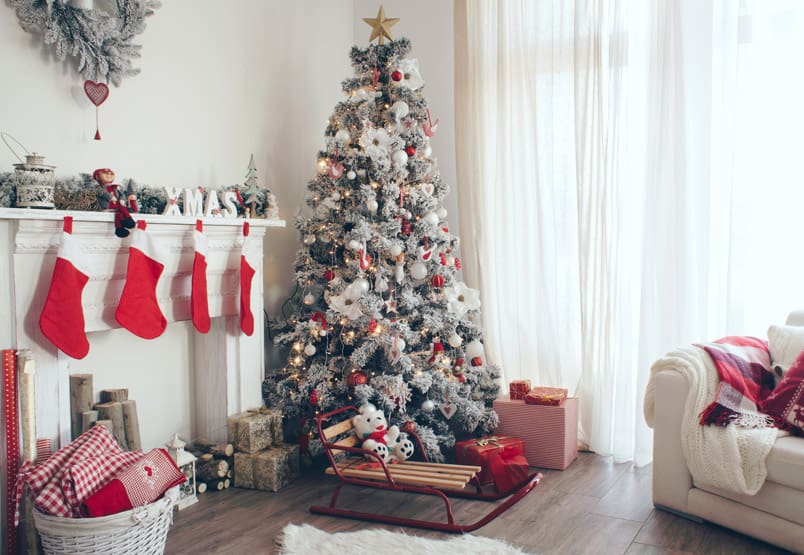 Personal journeys are hardly ever understood until years later and only after a significant amount of reflection occurs. And even then revelation may not come. This is a story about realizing how on a day-to-day basis each one of us could be unknowingly choosing to remain where it is comfortable, not living up to our full potential, and missing the opportunity to fulfill the destiny within us.

Gail left home right after graduation. She had known God all her life and proclaimed Him as her Lord and Savior at an early age but she had never been taught His ways in a formal setting nor did she know what it meant to be a Christian other than you believed in Christ. She loved reading and would regularly read the Bible amongst her romance novels.

She constantly searched for ‘the one,’ but every guy she met would fall short of the ideals she had in her mind. Then one day it happened. Gail went on a blind date with her best friend’s brother Jesse. Even though they only dated a few months, they knew they were meant to be with each other. They were married and began their life together with a dog and two cats in a charming house in the country. With their vows, they started learning how to live a Christian life.

Over the next few months, Gail and Jesse furnished their home with hand-me-down items the two of them already had and a few new things they needed. It was a cozy atmosphere, and everyone felt at home when they would stop by to visit.

For the holidays Gail would go all out and decorate with all of the mementos she had collected over the years. The nativity scene made of wood that was given to her by her Grams was the centerpiece on the dining room table. The felt stocking she made in grade school hung beside Jesse’s crocheted stocking his mother made him when she was learning to crochet a few years back. Lights, candles, Santa statues, and nutcrackers collected over the years were displayed in every nook and cranny, and the Christmas tree was even a gift from the neighbors when they moved five years ago.

God had blessed them with more than enough over the last twelve years, and they were content with their lives, but this Christmas was a little different.

Gail began the arduous task of bringing down the decorations from the attic the week after Thanksgiving. With each box, she began to realize how old some of the decorations were. Most were still in good condition, but by the fifth box, she wondered how much longer it was going to take her to decorate with all this stuff? None of it matched and was it really necessary to put it all out this year? So why did she now have a change of heart and want something different?

She had picked up a Christmas magazine at the store last week and began dreaming of having all white and silver decorations throughout the house just like the pictures. She envisioned small white feather trees with soft white lights across the mantle and maybe a white berry wreath with red holly berries from Magnolia Market and white garland on the door. The left corner beside the fireplace would be a perfect spot for a white wooden reindeer with a silver ribbon and oh how she would love to have a life-size nutcracker dressed in white and standing at attention on the porch (or maybe two).

The center spread of the magazine featured a ten foot tall white pre-lit tree with the most beautiful decorations she had ever seen, not paper-mâché ornaments with faded paint and pipe cleaner reindeer from the art class she took three years ago.

By the time she reached the living room with the last box, she had started looking around the house again. The art-deco dining room table was over 15 years old when it was given to her so now, even though it was an antique, she realized it didn’t fit the space and needed some minor repairs. The couch and chairs were holding up good for 20 years old, but again, they were functional only and actually too big for the space. How had all of this gone unnoticed all these years?

God had come into her life in a way He never had before by giving her a knowing that Jesse was meant for her. He delivered her from being lonely and gave her the desires of her heart–someone to love. They made an effort of living a godly marriage and placed God first as best as they could, and God blessed them beyond measure. God showed favor in their life, and people would just give them things or what they did have they took care of. They had everything they needed right? Trials came, sure, but they had faith in God’s abilities not their own.

What happened over the last decade? They didn’t change their vision.

If it ain’t broke, don’t fix it right? One thing to consider is that if you don’t have a vision, you will never grow! They were content to go to work, come home, eat dinner, read or watch TV, then off to bed and attend church on Sundays. Just trying to keep up with day-to-day tasks overwhelmed them and they didn’t take time to see what could be instead of just staying where they were. Were they afraid to see something bigger and better than what they had, and were genuinely grateful for, or was it that they didn’t want to put any effort into the process so they could do better in life financially, spiritually, and physically? Was there a circumstance that held them from doing it, or was it an unconscious choice they made? Were they waiting for the ‘fairytale god’ who just fixes everything with a miracle because we want him too?

No, they were stuck in Egypt.

When God brought the Jewish people out of Egypt, He performed great miracles to deliver them because they were His chosen people. He granted them favor and provided for all their needs. During the 40-year journey, He was preparing them to enter into the Promised Land, the land flowing with milk and honey.

God blessed the Jews, got them out of Egypt, and provided for them, but ultimately they had to see the vision in their spirit for them to go further. Caleb and Joshua had a spirit about them to see the vision, believe it, and then go do it. I have never seen a cow milk itself, have you? And honey doesn’t just fall into a jar or on a piece of toast, does it? There is a process to get to a finished result. A change must take place.

If you are not willing to evaluate your life and choose to improve it…whose fault is that? Well, I dare say not God’s. He promises to never leave you or forsake you. He’s waiting for you to come into your inheritance in the Kingdom. The prodigal son, even though he went out on his own, was still the landowner’s son. The muck and the mire would not cover up the reality that he was the son nor could it be washed off. He was the seed, the offspring, the child of the father and no one and nothing could change it. What had to change was his attitude about who he was and what his true inheritance was. With God, maturity is not an age it is a mindset. The Bible tells us that even though a child is the next in line to be king and owns everything, he must remain under a tutor or teacher until he is mature enough to handle the position. There comes a time in your walk with Christ that you have to either choose to just know Him or walk on into what He has waiting for you. Many people are just fine living their lives in the world and having a casual relationship with our Creator, but some will choose to be all in and find comfort in giving their lives, all parts of it, to God. They experience His love through the discipline He asks of them. It is not a discipline that takes them into the mud just for the mud’s sake. It is a journey to free their minds from what has corrupted them, sin, and walk entirely in the inheritance Jesus died for us to have restored to us.

No, it’s not easy to follow the narrow path. Every person who decides to sell out and walk with God gets discouraged, messes up, thinks they’ve done the wrong thing again, or just plain feels defeated at times. But God’s promises are exactly what it takes to overcome the negative feelings of doubt every Christian goes through. His Grace is sufficient! He even set up the process so no one would have to do it alone. That is why the family unit is such an integral part of the Christian walk. When you have a man and a woman in covenant together the dynamics change. When they make that commitment and do it in the site of God, He can bless it. He also will bless those who choose to follow Him through covenant and provides a way forward in this life, but His original plan was for Adam–the full image of God in the flesh–to be in covenant with Him. When He saw it was not good for Adam to not have a helper, God created Eve from the bone of Adam so that they would join in a covenant and the two would become one. If a person chooses not to be in covenant with God individually or through marriage, they will live with the consequence of their choice.

Gail and Jesse had made that choice and were being blessed but something opened in Gail’s mind after she sat that last box of ornaments on the floor. It allowed her to see she was not living a full life in God’s blessings. This massive revelation from a simple question of ‘Why do I have to put out all these decorations’ opened Pandora’s box in her mind. She could see many aspects of her life where this new information could be applied.

She now had a vision of every ornament and decoration matching, and that her furniture could be precisely the right size for the space. No, the vision was not going to happen overnight, but it was a start.

She stopped what she was doing, went to the den and grabbed Jesse by the hand and told him about what she envisioned. He was thrilled and immediately started to lay out some plans, how they could sell the old furniture, give the rest to Salvation Army, and start saving for the new furniture and decorations. Once they had a plan, they could follow it. Once they made that decision, they never looked back, just like Joshua and Caleb.

Six months later, Gail was sitting in her new lounge chair and creating another list of items to get for the upcoming holidays. She had finally learned a defining lesson of the Kingdom; through vision, diligence, endurance, the Grace of God, and the leading of the Holy Spirit, anything is possible.

“With God all things are possible.”