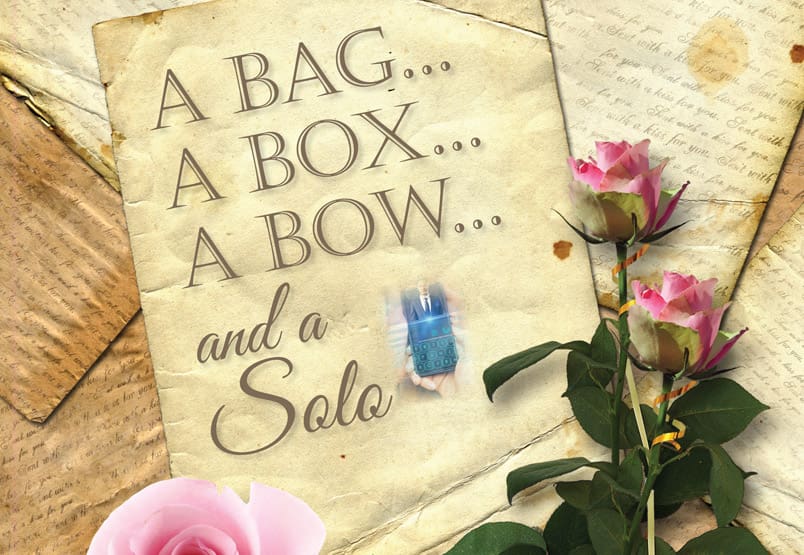 The following fictional story is a modern day parable so the message may be clearly understood. Any semblance of factual companies is not intended.

God is doing a new thing!

A-Tone Corporation, a manufacturer of digital products, is preparing for the worldwide release of its newest masterpiece–the Solo smartphone. The Solo is the company’s crowning achievement thus far in their 10-year history. It has all the bells and whistles of a smartphone and incorporates all the accomplishments of the developers over the years, but this one is unique and has never been introduced previously. The phone not only has a camera but a hologram projector–just like in the movies. Instead of viewing the person with the phone in your hand, put out the kickstand and tap the screen, and a miniature 3-D hologram appears. This new feature is exactly what the customers of A-Tone have come to expect from the AAA+ rated tech giant. Each new invention is planned out, researched, and implemented in great detail. The company’s base knows if it comes from A-Tone, it is of the highest quality.

Year’s of research and development, hard work, and many man hours go into each new phone. From the raw material suppliers to production crews and designers, to the CEO, the amount of effort put into each product is astronomical. The commercial department has one of the hardest jobs in the company. They are given the task of relaying the information from the designers and creating a user’s manual. The manual describes all of the features of the phone that have become second nature, along with how to operate it, maintain it, update it, and how to use its new features. A-Tone Corporation places its name on the line each time a new phone or product is released to the public, so it makes sure all of their user manual information is up-to-date, easily readable, and in multiple languages. This ensures the manual’s effectiveness for the life of the product.

Another integral part of any new product is creating packaging that connects with the audience it is intended for. With a smartphone, the demographics are pretty much everyone, but the new Solo phone is more likely to be received by a younger generation. A generation that has only known a cordless, wi-fi equipped, streaming atmosphere where “you’ve got mail” has never been uttered. There will most likely be many that will enjoy the new feature from other age groups, but, not as many will think that it is necessary. If the phone still performs the task of talking to others, it’s probably a feature they won’t turn on, or it won’t be a factor in the purchase of a new phone.

Just like with any other product, a committee makes sure they have just the right packaging to bring the most attention to the phone, that the timing is precisely right, and make sure it is appealing and relatable for the target audience. The committee pulls everything together for the release while being cognizant of the integrity of previous versions within their line of phones.

The Solo smartphone is in stores and ready for distribution. Only a selection of the public will be aware that it is out because they watch for new information on the company, check the A-Tone website or have a relationship with them through the company newsletter, email, or social media. Other’s will be going about their day, not aware nor interested in the new phone release. It may be two or three months before some of them hear about the Solo smartphone and a significant portion will not even know there is a new phone. Nonetheless, there will be a small percentage of customers that will set up camp outside the stores, days in advance of the release. 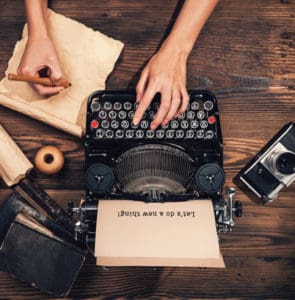 Finally, the hour is at hand and the stores open at 12 midnight. Hundreds of people go to the central exhibit in stores around the world to look at the newest, latest, greatest, smartphone ever. To their surprise, the display in each store has brown paper bags, dirty corrugated boxes, and cheap stick-on bows, with these words handwritten in black marker, “The Solo.” The bags and boxes, just sitting on top of gray plastic storage totes, look like something out of your local waste management center. A collective gasp was heard, and everyone stepped back away from the display. Everybody was confused, looking back and forth trying to find another place where the store may have put this pinnacle of smartphone technology and figured it was just a joke. And it was.

What company in their right mind would put all that planning, hard work, and investment into a product then put it into an old bag or box and risk losing their integrity and relationship with the public? Not a company that any of us would want to trust.

Can you see a parable in this fictional story? Take a look at the words Jesus Christ spoke to the scribes and Pharisees in Luke chapter 5.

And no man putteth new wine into old bottles; else the new wine will burst the bottles, and be spilled, and the bottles shall perish. But new wine must be put into new bottles, and both are preserved. No man also having drunk old wine straightway desireth new: for he saith, The old is better. Luke 5:37-39 KJV

A-Tone Corporation represents God in Heaven. He is the manufacturer, the source for worldwide release of any revelation here on the Earth. That information enters through believers filled with the Holy Spirit. The Solo represents a new unveiling of the Kingdom. When new revelations come from God to the Body of Christ, it must line up with all the accomplishments of past developers–all those who have come before in the service of God over the years–but must be presented in different and unique ways because old ideas and knowledge do not work in today’s culture. Revelation is information that no man has heard, or no eye has seen, only God knows all truth. We try to place what we know and our traditions on an All-Knowing God who is eternal.

The Body of Christ, the company’s base, should be prepared for and expect revelation because God is a planner and a builder, who knows the end from the beginning and works backward to make all things work for good. He knows every minute detail of our lives and can use even our worst mess-ups to accomplish His goals in the Earth. He knows every hair on each person’s head so why do we think it would be hard for Him to know when to release something new in the Earth? Surely not! He is eternal and we are not!

God gave every word to the prophets and apostles so the culture, the government of Heaven, could be known here to us while we are sojourning on the Earth. They wrote it down, created the user’s manual, the Bible, and gave us the greatest book that has ever been written. It describes everything necessary for us to operate under Heaven’s authority and as we seek the Kingdom, the more revelation will come at God’s appointed time. God and Heaven back up the words in the Bible. God leads the Body on paths of righteousness for His name’s sake.

The Lord is my shepherd; I shall not want. He maketh me to lie down in green pastures: he leadeth me beside the still waters. He restoreth my soul: he leadeth me in the paths of righteousness for his name’s sake. Yea, though I walk through the valley of the shadow of death, I will fear no evil: for thou art with me; thy rod and thy staff they comfort me. Thou preparest a table before me in the presence of mine enemies: thou anointest my head with oil; my cup runneth over. Surely goodness and mercy shall follow me all the days of my life: and I will dwell in the house of the Lord for ever. PSALM 23 KJV

What kind of packaging revelation knowledge comes in is solely at the discretion of God. Look at Jesus’ life. The Jewish people were looking for a great king, someone with stature or wealth maybe, but they weren’t looking for a carpenter’s son born in a manager. The revelation came in a package of God’s choosing and fit the audience it was intended for, those who needed a Savior. He appealed to everyone except those who put man’s tradition above perfect love. Those who felt comfortable in traditions, the Pharisees and religious leaders of the day, didn’t realize who Jesus was because He didn’t fit in their definition of how God was going to bring the Messiah. Many dismissed Him or wanted to eliminate Him because of it, but not all. Nicodemus, a Pharisee, was able to see the revelation Jesus was bringing about the Kingdom of Heaven. Interestingly, those who were not educated in religious traditions, and were everyday working folks–fishermen, tax collectors, doctors–were able to receive His message and broadcast it to the world. The new wine from Heaven was placed into a new vessel–Jesus.

When God is doing a new thing, there will be some who have a relationship with Him through the Holy Spirit, who are watching for a move of God. Others who know Jesus but live outside following His way or who have not met the Holy Spirit through Christ’s anointing, may not be aware or interested. Still others, those who are rejecting God or are following man’s traditions instead of following the unction of the Holy Spirit, will miss it altogether. But, there will always be a small percentage who will be on fire for God and bring the message to the masses just like the apostles.

As with old wine–revelations that are well established–it is seasoned, comfortable, and tastes so much better than freshly bottled. Its nature is now settled and the process of fermenting slows. The excitement of the yeast has waned, and the taste improves. The old is better in a taste test for sure, but what happens when God wants to put new wine on the earth? Revelation knowledge that only He can impart? A new ‘smartphone’ you could say.

It won’t come in the old vessels or the ‘old boxes,’ it will come in something new. If it is placed in the old vessels, they would be destroyed. You can’t put an old floppy disk into a new touchscreen computer CD drive–it won’t fit! Neither can you put a flash drive into a floppy disk drive! But God preserves both the old and new, by placing the new into a brand new vessel, just like He did with Jesus. The old is still needed because without it, the new could not have progressed to its full potential without the old to build upon. Continue reading a prophetic word.