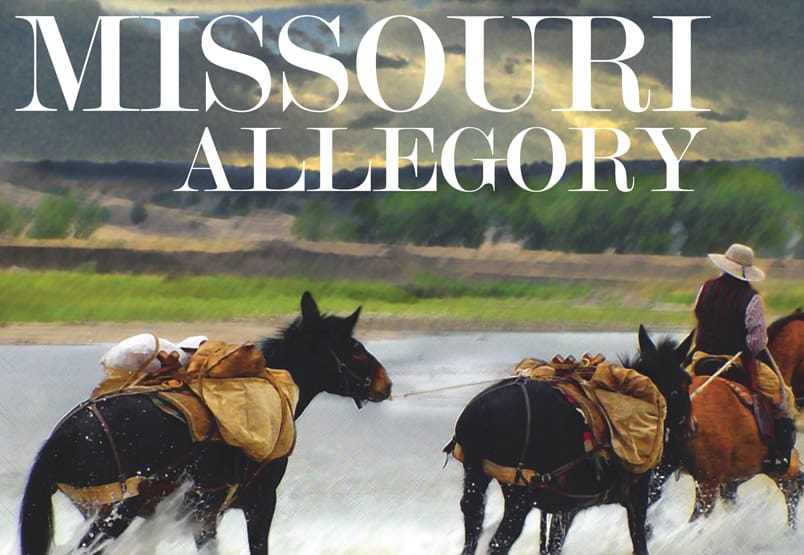 There was a man in Missouri who had a fancy for mules. His name was Joshua Ell, and he was one fine man. He could read, he Could write, he could do anything any man could do. Joshua also had a special gift, he could be sympathetic with any living thing.

Now Joshua Ell was the first breeder of mules in Missouri. He took a wild mare from the Great Plains and a renegade donkey from the High Sierra. These were the mother and father of Joshua’s fine, west of the Mississippi, Missouri Mules. Ell handpicked these parents because a valuable mule has a valuable spirit.

Joshua Ell loved to serve others; matter of fact, his greatest pleasure was to serve. It bothered Ell a great deal to see those fine Missouri Mules doing absolutely nothing. These creatures were big, strong, smart, and full of dignity. Joshua knew full well that the inactivity in which his fine mules were haplessly engaged would take them down the tubes.

The man set out to find a way to show his creation the grand pleasure of service to others. Because of the great value Joshua Ell placed on a mule’s spirit, he was not willing to bribe the creatures with a carrot on a stick. He also rejected the idea of beating the mules under a burden they knew nothing of. The only way was to lead by example.

Now Joshua made a yoke to fit his Missouri Neck and a leather harness to fit a Missouri Cart. He pulled that cart full of hay and grain day after day to those fine Missouri Mules. One thing was certain, a true-blue mule from Missouri did not need a “show me” when it came to matters of the belly.

After a period of time, Joshua noticed one of his animals taking an interest in pulling the cart. Joshua was elated. Here was his first Missouri Mule that would lead the others into the grand purpose of life. Ell took this mule aside and gave him a special name and showed him all the ropes. Joshua then made a hand-carved Missouri Yoke for that particular Missouri Mule whose name was Alf.

The yoke of Alf was custom fit. Joshua Ell made sure that it was rounded just right so it was no great burden for the servant to bear. The mule loved it. He practiced pulling the cart full of hay and grain so he could serve his fellow mules without delay. Indeed, the time for Joshua to present Alf, the servant mule, was not very far away.

Finally, the great day came. Joshua Ell walked through his Missouri Mules hoping that these fine animals would accept their servant Alf. He had an apprehension that only comes from deep in the belly. Surely there was not a thing to worry about, but still, he had this inner knowledge that Alf would be rejected.

Alf was full of life, very happy indeed for this was his day, the day he would serve his fellows. The servant mule just knew that they would appreciate his work, a work that he had worked so hard on just to please them.

Well, the Missouri Mules had their own ideas. Those fine animals all knew how to pull a Missouri Cart even though they had never been under a Missouri Yoke. Of course, by this time the Missouri Mules, being of some intelligence, had developed a language. Since they had no one to “show me” it consisted of a special mouthing technique called backbiting.

The rest of the story you can guess. The not so fine Missouri Mules began to communicate their feelings to Alf. Some were upset because they were not chosen to serve. Others were upset because Alf pulled the cart too fast. A few did not like the way he walked. Then there were those who made sure everybody knew they were indifferent. Poor Alf was a mess; backbiting has a tendency to leave many tender areas in anyone’s life.

Now Joshua Ell was not going to take this lying down, for he could feel everything that Alf felt. One thing he did not know; what did it feel like to be one of those not-so-fine Missouri Mules? You see Joshua Ell had never known hatred, jealousy, or guilt.

Yes, there was a man in Missouri who had a fancy for mules. His name was Joshua Ell, and he was one fine man. He could read, he could write, he could do anything any man could do. Joshua also has a special gift, he can be sympathetic with any living thing.

Stay tuned. In the next issue…The Missouri Solution.