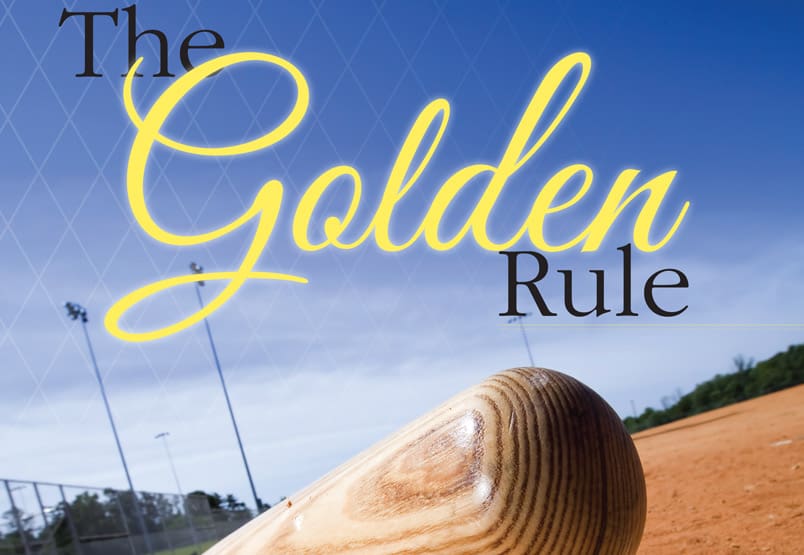 Roby was about seven years old when his grandfather told him all about Jesus. Up to that point, his parents would read him bedtime stories including the children’s version of “Adam and Eve,” “Noah’s Ark,” “David and Goliath,” “Jacob’s Ladder,” “Baby Jesus,” and others. But this Sunday evening was different.

Grandpa Bailey sat beside his bed and instead of opening a beautifully illustrated children’s book, pop-pop, as Roby called him, opened up his large print King James Bible to chapter one of Matthew.
“Do you know who Abraham is Roby?” Pop-pop asked.
“Isn’t that Jacob’s grandpa?” he replied.
“Very good!” Pop-pop exclaimed.
“I see you have been paying attention to the stories. And who was Jacob’s daddy?”
Roby hesitated then said, “Um, I think it was, um, Israel? No, it was Isaac. Right? Yes, it was Isaac.”
“Very good indeed!” Pop-pop said.
“And whose name was changed to Israel by God? Do you remember?”
“Jacob!” Roby yelled.
“Ok, ok, no need to shout at this late hour but yes, it was Jacob.
“Do you remember what Jacob did right before being named Israel?”
“Um,” there was a long pause then Roby continued, “I don’t know.”
“Well, he wrestled with God until He blessed him,” Pop-pop answered.
“So, do you know who Jesus is Roby?”
“Yes, he was the baby born in a manager.”
“Yes, that’s right but do you know why he was born?”
“No.”
“He was born to save you and me and everyone you know from dying.”
“Wow, pop-pop. Jesus could do that?”
“Yep, and He did.”
“Can Jesus be my superhero?”
“He is the best superhero I know,” Pop-pop exclaimed then he proceeded to tell him all about what Jesus has done for him and for all mankind.
The stories from the Bible that grandpa Bailey and his parents consistently recounted to Roby on Sunday nights had a lasting effect on his entire life. Especially the summer spent learning from the Book of Matthew.

Therefore all things whatsoever ye would that men should do to you, do ye even so to them: for this is the law and the prophets. Matthew 7:12 KJV

When he was 10 years old, Roby was bullied in school by Scotty Brown, the neighbor kid from across the street. At 9 years old they were best friends, but when the following year rolled around, Roby was excelling in the Mighty-Might Little League team with a .315 batting average and received the MMLL Gold Star patch for his jersey. But it did not come easy.

Roby got up early each Saturday morning, and weekdays when he could, and headed to his backyard to the makeshift batting contraption his dad and pop-pop fashioned for him. From eight o’clock till ten o’clock he hit the suspended ball into the red-painted square on the netting–over and over again. As he ran around the imaginary bases, he pretended he was in Yankee Stadium, and the crowd was cheering him on.

Scotty was jealous of Roby getting so much attention and started to call him names and push him around when they got on the bus in the mornings. At practice, Scotty would gather up a few of the other boys to join in with his shenanigans and point their fingers at Roby as he would go to bat or on the field. They felt empowered as they tried to make Roby think he was unliked and as if he didn’t fit in with the crowd. However, what they didn’t know is that even though Roby was sad that his friends were treating him that way, it didn’t change the fact of who he was. He was a child of God, and God loved him.

When they yelled things like ‘you’re going to miss,’ or ‘your stupid’ at him, he would smile and think; God forgave me so I’ll forgive them. They also would try to start fights, but Roby would just walk away.

When it came time for his 11th birthday party, Roby insisted his parents personally invite Scotty and the others to join them, and no-one was to bring presents. Roby had asked his parents to buy some white construction paper the week before and set out to make cards for everyone coming to the party.

When they all arrived, Roby handed them each a card and asked them not to open them until after they cut the cake. There were about twenty-five kids in all, and a few parents stuck around to help chaperone.

They all went to the backyard for the party and played horseshoes and badminton, and a few grabbed a football to pass back and forth. Everyone was getting along, and Roby couldn’t be happier on his big day.

After a feast of grilled hamburgers and hotdogs with all the fixings, it was time to cut the cake. Pop-pop carried the cake–covered with his favorite dark chocolate frosting and adorned with sparkling candles–to the picnic table as Roby’s mom and dad grabbed extra plates and napkins to serve with. Everyone was asked to gather around and sing ‘Happy Birthday.’ Roby then blew out the candles, and they all erupted with cheering and clapping. Smiles all around and Roby just knew now was the time for everyone to open their cards.

“Ok, everyone, go get the card I gave you,” Roby called out.

Kids scattered back to the deck and retrieved the cards in great anticipation. He had even given one to the parents who stayed, his mom and dad, and pop-pop and grandma.

“Now, everyone, open your card!” he shouted.

As they opened the cards, each one was different. For cousin Sally’s card, it had a beautiful stamped butterfly with her name on it. Steve’s had baseball stickers all over the front, and Josh’s had a hand-drawn tree with a tire swing hanging from a branch. Roby had also made some extra cards for the parents that may stay which all had stick figure families drawn on the fronts. For Scotty’s card, there was a photo taped to the front of him and Roby at his 9th birthday party. They were posing for the camera in matching cowboy hats, plastic chaps, fake spurs, and plastic water pistols. No one was safe from getting wet that afternoon!

Each card’s picture represented a great memory that Roby had made with each person. During the summer, Sally and Roby would spend hours running up and down the field at pop-pop’s and grandmas house raising their nets to catch as many butterflies as they could, only to let them go after admiring them. It was because of Steve and his dad’s passion for baseball that Roby wanted to play ball. Steve’s dad had the baseball channel, and they would sit down with a massive bowl of popcorn with lots of butter to watch the Yankees play when he would sleep over. Roby and Josh first became friends in Josh’s backyard playing on the tree swing. And so it was for all the cards.

And on the inside of all the cards but one was a simple message: Jesus Loves You. The one card that was different was Scotty’s. It simply said: Jesus Loves You, and so do I.
Roby watched eagerly as Scotty opened his card. Scotty looked at the picture on the front of the card then, with a huge smile, he began to read it. Scotty’s countenance changed, and his shoulders slumped. The words, Roby had written in red, had touched the hardened ground of his heart and sprinkled water on the seed buried below the jealousy and envy. He remembered how much fun he and Roby had during that summer and all the other good memories rushed through his mind, overpowering his urge to make a joke. After a few seconds, he looked at Roby and said, “Happy birthday dude.”

Roby came toward him, and they both shared a brief moment of understanding, and no words were needed.

“Do you want to come over tomorrow and practice hitting?”

“Sure, and I’ll bring these awesome water soakers my dad got me too!”

Roby and Scotty were inseparable that summer and together, with the Mighty-Might team, they were runner-ups in the state tournament.

Now, fifteen years later, both of them have families. Roby is a coach for a minor league team, and Scotty is the owner of Brown’s Big Water World of Fun. The lessons learned that summer have stayed with them and now, every Sunday night, they, too, read the stories of the Bible to their children and teach them about God, about Jesus Christ, and why He gave His life to save them: because He loves us.