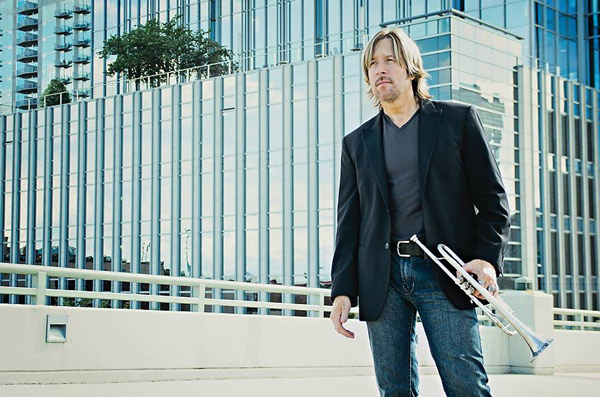 To say that David Wells is an exceptional musician and artist would be an understatement. His passion for playing flugelhorn and trumpet, being a full-time instrumentalist, and traveling the country performing and speaking, comes from a deep well within him. He has a God-given talent that he chooses to use for the glorification of the Kingdom of God. Even after releasing fifteen CD’s, being on the road for eighteen years, and being nominated for a Grammy, you would think that his enthusiasm would show signs of fading, but not for him. Sure, with his distinguished career there have been many ups and downs, however, with each twist and turn another opportunity would arise or a newfound idea presented itself, and another chapter would begin.

David, who also goes by his stage name Dave Bond, was born in Vienna, West Virginia and moved to Dallas, Texas when he was in junior high. His father is an ordained minister who is musically inclined and made sure David and his six siblings learned piano and a secondary instrument. David chose to play the flugelhorn and trumpet at age nine. At age thirteen he made his professional debut and has been following his dream ever since. At an early age, David knew a personal goal was to give his talent back to the Church.

He was able to take private lessons throughout high school by working and majored in trumpet performance at colleges in Texas and Oklahoma. After paying dues for fifteen years, he was finally on the road full-time.

“It was frustrating,” David said.

“When you train, and you practice and are committed to something for that long, and you are waiting for an open door, you know we go through a bunch of emotions, like quitting. A lot of us quit too early. Fifteen years went by, and finally, doors started opening up.”

Contemporary Smooth Jazz is where David feels most comfortable. He started out playing Christian cover tunes and hymns in churches, but after recording the worship song “More Love More Power” in 2007, he decided to send a few out to radio stations. To his surprise, a radio producer all the way in Reno, Nevada contacted him. The producer asked if he ever thought about going Smooth Jazz? That was David’s well house, and of course, he said yes. The producer made a connection for him with a friend at a record label in Los Angeles. They went on to record the single “More Love More Power,” and a CD of the same title. The song’s success brought him into the national spotlight as it went to #13 on the R&R indicators.

The doors began to open, and David was soon approached by Conn & Selmer, the preeminent manufacturer and distributor of musical instruments for musicians of all skill levels. They recruited David to represent them professionally, and at universities and high schools in music clinics. The endorsement also helped to advance his solo career. His life experience, his love and passion for serving God with his talent, and serendipitous events all began to combine when faculty from the schools started to inquire about help with bullying. David saw a need that was not being met and decided to do something about it. He had also been severely bullied during his senior year in high school and knew exactly what it was like.

David’s parents were taking care of seven children and were not able to send him to the private Christian school any longer, so he began attending Desoto High School in Dallas his senior year.

“It was one of the largest high schools in Dallas,” David remembered.

“It was one of those schools where all the kids had nice clothes, and homes, and everything. When you’re in a family of seven, it’s hard, and kids are so smart. They know where you are from by looking at you.

“That was my senior year. Probably the worst year of my life because I was bullied. I was pushed and shoved and what was worse about the whole thing that I remember, is that even the teachers bullied me.

“Why are you going here? Things like you don’t belong here. Why don’t you go back to the other Christian school? It was a surprising thing.”

As the memories of that year returned, all these years later, David’s eyes grew moist, and he took a deep breath, then continued.

“I remember going back to my mom, and I said, mom, I can’t handle this anymore, because it was getting really bad.”

Since his parents were not able to afford the cost of placing him back in private school, his mother suggested he get a job to pay his own way to attend one. And that is exactly what he did.

While doing assemblies and music clinics, David would share part of his own story which helped to connect with the kids. He would get questions from facility regularly, but after one particular event, a principle, out of an abundance of frustration, asked him if there was anyone they could contact about helping deal with the increased bullying in his school. That is when David’s purpose presented itself and the unction to fight against bullying in public schools more fervently was born.

You can also add entrepreneur and philanthropist to the list of hats David wears. In 2010 he established the Chocolate Jazz Foundation, a 501(c)3 organization, with a mission to keep music alive in the public schools, to help fight against bullying, and promote the importance of making right choices.

With cutbacks, the Chocolate Jazz Foundation affords schools the opportunity to experience the assemblies for free. The presentations last for about forty-five minutes and help to educate faculty and students alike about choices they can make to help alleviate bullying.

“In the workshops, we don’t discuss being aggressive at all. We talk about de-escalation and distance management. I’m telling you, kids can pick up on if you’re not confident in yourself. If you walk down the hallway with your head down, people will start picking on you.

“Everybody has been bullied. One out of three kids is bullied every day of the school year. And what’s sad is that even though it’s been years, you still remember.”

The newest project for the foundation is the “Bully Resistant Podcast with David Wells.” It is a weekly one hour show that shines a light on the bullying problem in public schools through interviews with musicians, actors, government officials, politicians, psychologists, counselors, and just every day citizens.

“Being on the road full-time for 18 years–it has been non-stop. One of the reasons for starting the podcast is because of the fact I’m getting older, and I have got to still keep the message going.

“I still do school assemblies. I was doing four to six every week, and I’m heading to Cincinnati later to play. I guarantee you once I get back, I’ll need a day to recover.

“With music, I mean I went through all these record labels, agents, managers, and I’ve had people tell me to move to LA, and we’ll go ahead and take care of you, and I decided to stay here.”

David’s return to West Virginia was not foreseen, but after coming for a visit, he met the woman who would become his wife. They were married within eight months, and they knew their home would be in West Virginia. His other siblings, although having been scattered across the nation, have all returned to the state as well.

“I’ve been very fortunate and very blessed. When God’s in something, it doesn’t matter where you live. He’s going to open up the doors no matter where you go. And that’s what happened to me with Smooth Jazz. I have been extremely blessed to come out with fifteen CDs and be nominated for a Grammy.

“Because of the different accolades, it helps me get into those other opportunities of reaching kids.

“We are finding out the reason why so many people who have dreams and don’t know their purpose in life is because part of it is fear. The other is they don’t know where to start or where to go.”

The foundation has unique ways of raising funds. David promotes three Wine and Jazz Festivals in Nashville, TN, Bowling Green, KY, and Vienna, WV. These events help to offset costs and help reach the kids with his anti-bullying message. Another unique way he raises money is through doing Chocolate Jazz Café Mini-Concerts. It provides a different way to involve the general public, the Church body, and anyone who likes chocolate! An evening with chocolate and smooth sounds from David is sure to be a success!

David and his wife have been married for twenty-seven years, and that is no small feat for a full-time musician. His daughter is a Marshall University graduate, and his son is attending there now. They are the backbone of why he keeps going.

“I was just thinking about this the other day, what’s really driving me? It seems like I just want…” then he paused, and tears came to his eyes.

“I want her to have as much as she wants, regarding the ups and downs of being the wife of a musician. What drives me is that I just want to provide for her where she doesn’t have to worry.”

Between performing, promoting, speaking, family, and his work on bullying, David remains on the road that God leads him on.

“I think everybody has a special gift, a talent, a purpose in life,” David concluded.

“I think that if they know they have a purpose in life–a gift in life or a dream–they would have to rest assured that God has given them all the proper tools to make that happen especially if God placed something in your heart, no matter what it is. That’s the thing as a musician, I mean there were times when I was struggling, and I would see my friend from Chicago selling all these units and hitting all these major venues, and I was trying to adjust and everything else. But you see, God has set times for all of us, and He has blessings with our name on it. So, I think too many people give up on their dreams and on their goals in life. I’m not saying for them to quit their job, just don’t let those dreams go! 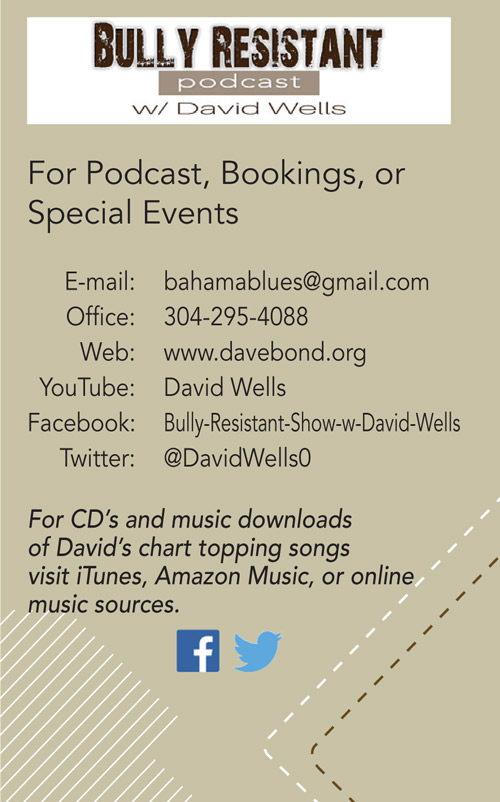 “It’s a huge sacrifice that we make. People who tell me, I haven’t gotten a break, those are the people who are toxic to people who want to be self-employed. When things get rough, you will go back and use that excuse. So, we got to hang around the right people to keep us going!”

David continues to live his dream every day and does so with faith, knowing that the one who created Him has already provided. 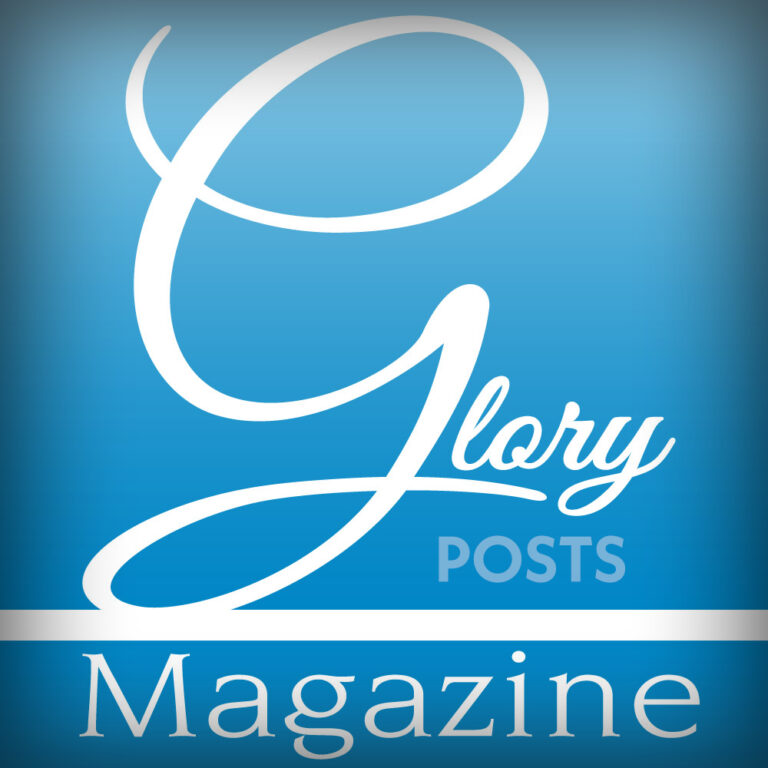