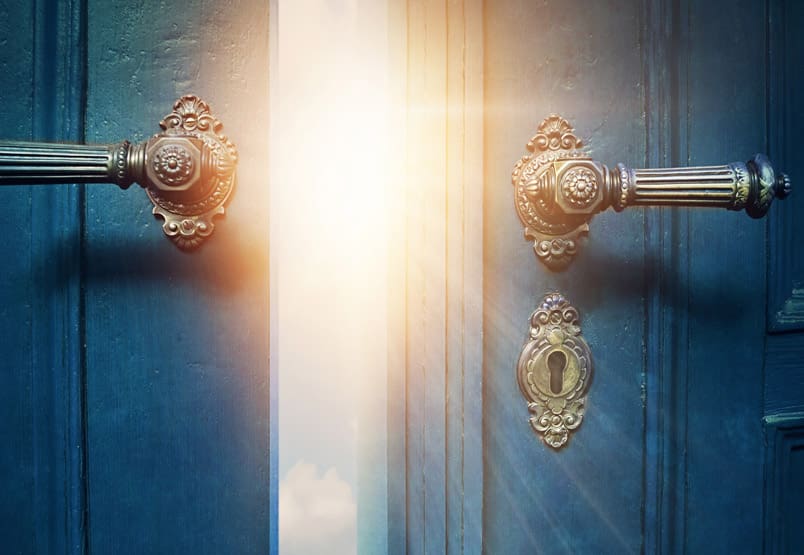 Balance, Balance, Balance. Remember learning to ride a bicycle? There are many pieces of information for the mind to process in order to ride a bike successfully. To achieve balance, one must account for speed, the angle of lean and the condition of the bicycle trail. After a while, the processes become second nature and in reality, become part of the rider’s very being. I must admit to another issue in my bike-riding experience, I didn’t want it bad enough to learn. That changed when getting off the school bus one evening and I saw my younger sister riding the bike my father gave me. In order to operate in the Authority of the Believer, you have to want it.

Like bicycle balance, there is a balance in the Spirit to achieve in order to discharge the authority that Jesus gives us. One must be grounded in the Bible. It is this Word of God that provides a good road, a firm footing for the believer who is called to walk in the King of Glory’s authority. Accepting God’s salvation on God’s terms is paramount. Many will accept salvation only under their own terms; however, they can expect a very shallow Christian experience…one without a bicycle. Another lesson learned would be to have a very real and personal relationship with Jesus Christ. A story, starting in Acts 9:13, relates how seven religious brothers attempted to cast out an evil spirit. That old devil stopped them in their tracks and said, “Jesus I know, and Paul I know about, but who are you?” The narrative goes on to say that the man who was possessed attacked the seven and beat them so thoroughly that they ran from the house naked and bleeding. Don’t know about you, but I want demons to know about me on the basis of my relationship with Jesus Christ.

Several years ago, while working in a group home for at-risk-teens, I had such an experience. During a work-study session, one of our young men was playing a boom box at full volume. The student “workers” began to interact with the music, and the boombox owner was breaking into a type of “rap dancing.” I directed him to turn the box off. He rushed me, got into my face and said he wanted to fight. Of course, he wanted me to take the first swing. Now, this is a dilemma, adult vs. juvenile. Dear God, what do I do? The Holy Ghost answer came “rebuke the unclean spirit.” “I rebuke you, you unclean spirit, in the name of Jesus!” There was a significant exhale from the student, like a tire going flat. He shuffled away with a noiseless boom box saying, “I have heard that before.”

Authority of the Believer is given; however, the degree of authority is earned. A believer who does not have authority over sin in their personal life will not be entrusted to have authority over other spiritual and physical manners. It is true that in special instances God will use a rascal to wield spiritual authority. The situation may be desperate, and the Lord may only have that option because the more righteous person is unprepared. A person might attain practitioner status of spiritual authority on a regular basis and in a cognitive manner when faithful in little things. A believer commands much authority on demand when the matter is personal or concerns their family. Outside of those boundaries, the Authority of the Believer is not a blanket gift. God metes out authority according to His good will and pleasure. There is a sovereign unction that comes from deep within when dealing with issues outside of personal space. For those who have been given more authority, God demands that the person be judicious with its application. The Lord will ask one to sit on authority more often than direct its use. It is much better to know God and to join in with what He is doing than to be running around naked and bleeding.

Keeping an active relationship with Jesus through a prayer life is one way to maintain a position of authority. Pursuing victory over personal sin is essential to preserve spiritual authority and have it available on a second’s notice. My wife came to me with an urgent request for our grandson’s health one day. I had been lax on both of the preceding points and just did not have the unction to pray with spiritual authority. I did pray, but not with much power. In God’s mercy the child became well; however, this was a profound gut check for me. I know the power of the Authority of the Believer. I needed that power for someone I loved and cared for very much; I didn’t have it because I had let some issues slide.

“And the angels who did not keep their positions of authority but abandoned their proper dwelling”
Jude 1:6 NIV

The Authority of the Believer is much like a dwelling place in the Kingdom of God. One embraces it, learns the nuances of it, maintains and sustains it. It is a position, one’s place in the Promised Land. These angels who did not keep their positions of authority abandoned their home. Now they are kept in darkness, bound by everlasting chains waiting for judgment. Adam did not keep his position of authority and, in effect, abandoned his right to live in God’s garden. He was forced to leave. Consider this: when Adam forfeited his position/home by not accepting God’s offer at face value, that stigma became mankind’s inheritance. Praise be to God, who in His great mercy and wisdom provided His Son in whom the offer was renewed. The more we are around Jesus, the more we are conformed to His image, and in the end, the more we behave like Him, even unto rebuking devils, diseases and storms.

Jesus still says to us today, “All authority in heaven and on earth has been given to me.” (Matthew 28:18 NIV) “I have given you authority to trample on snakes and scorpions and to overcome all the power of the enemy; nothing will harm you. (Luke 10:19 NIV)