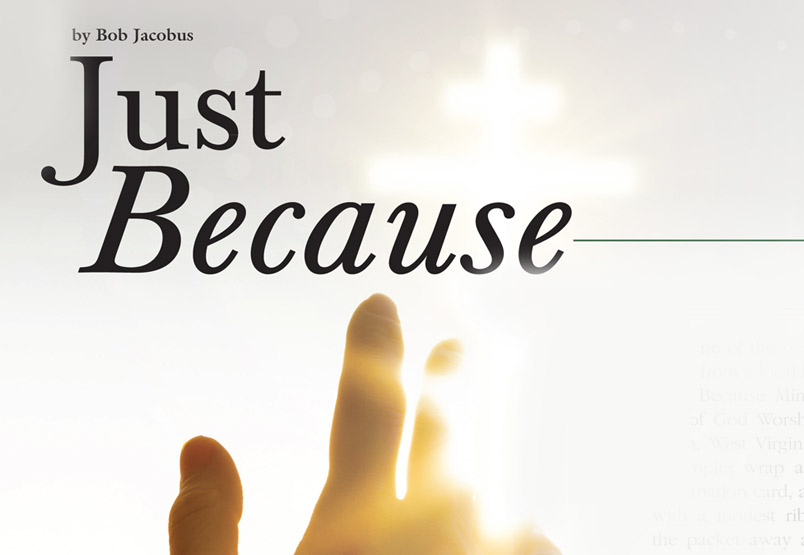 One of the neatest outreaches from a local body is the “Just Because Ministry” at Breath of God Worship in Buckhannon, West Virginia. The premise is simple; wrap a $50 bill, short explanation card, and contact card with a modest ribbon, then give the packet away at God’s discretion. The card says, “Just Because God Loves You.” There is no defined purpose in the gift and no requirement or obligation to receive. God is just doing what God does–proving for and blessing people. The practice teaches, equips and provides a resource to share the ways of God on so many different levels.

God gave the “Just Because Ministry” idea to Jenny Pfister in the early days of Breath of God Worship, and the ministry team readily supported the outreach. The team would carry “Just Because” packets and give them to people or situations to which God led them. Many on the team were former longtime members of churches that did not embrace the wonder of God speaking to an individual on an ongoing basis. Letting the Lord direct them and speak to them as they distributed the blessing sachets polished their ability to hear clearly. After a period of time, the Lord multiplied the method. He led the ministry team to give to others in the congregation and even believers outside the local church so that they could participate in the process. People are hearing from God, following God, and being used to answer prayers on God’s behalf.

People are told to be aware of the Spirit’s leading when passing out the ministry packets. He may speak to you in a thought, your eyes may lock down on a person you see, or they may simply come to your mind. Yes, it is possible to miss; however, God will confirm if you really heard from Him. This exercise allows the person to become more skilled at hearing God’s voice in the process, resulting in fewer misses. This skill applies to all facets in one’s life and results in a fuller, more robust walk of faith.

A man was given a packet to give away. This fellow, let’s call him John, had many needs of his own and not always good at choices in money management. John’s testimony sheds light on the great works that Jesus accomplishes just because He loves us. John was in line at the grocery store, and the person behind him had messed up and did not have the funds to pay for their food. God moved John to give the “Just Because” packet. The customer in need was blessed, the cashier was blessed, the people in line were blessed, and John was blessed. In church, John testified of the event and what a blessing it was; then he shared his struggle not to use the $50 for himself and how God gave him the grace to follow through in the spirit of the ministry. The person who gave John the packet knew there was going to be a struggle but followed God’s leading. Does not the Bible say signs and wonders follow those who believe?

A lady, let’s call her Joan, was given a packet to pass along. As soon as she got it, Joan stated she knew who needed it to pay for uninsured medications. The person distributing the packets felt impressed to give a second. God’s love visibly touched Joan because the provisions were going to cover one of the prescriptions most needed by her friend. The thing is, ministry cannot be confined to a square peg or a box. Sometimes a single $50 blessing is not enough, and a second is OK, just because God loves us.

It is an interesting dynamic when a “Just Because” packet is given to another believer in ministry outside the local body. At a missionary fund-raiser, the prospective missionary was given such an opportunity to participate in the outreach. It was so much fun to work through their big question “What?” and explain the ministry. A glory glow came on their face as they embraced the love of Jesus in the outreach. This story is another instance where someone who needed personal funds to continue God’s work was provided money so they could freely bless others.

The “Just Because Ministry” is an example of Jesus using a simple process to bless, provide for, and touch His people. We live in a day where there are many needs, which fall through the cracks, and this ministry can address a portion of them. $50 is a significant gift, and to the person who needs it, the source will not be forgotten. Often one needs to know the joy of hearing from God and the simple faith work of giving. “Just Because” provides a reason to be aware of God’s voice and an encouragement to give in His behalf. With the “Just Because” packet, there is a certain motivation to participate–it’s almost like a Holy Mission from God. Also, it becomes a more powerful message, more so than the customary religious tract. “Just Because” provides an incentive to receive. The thing is, it displays several attributes of Christ, the teacher, equipper, provider, and a gift with no strings attached; Just Because Jesus Loves Us. 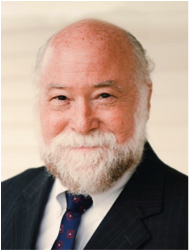