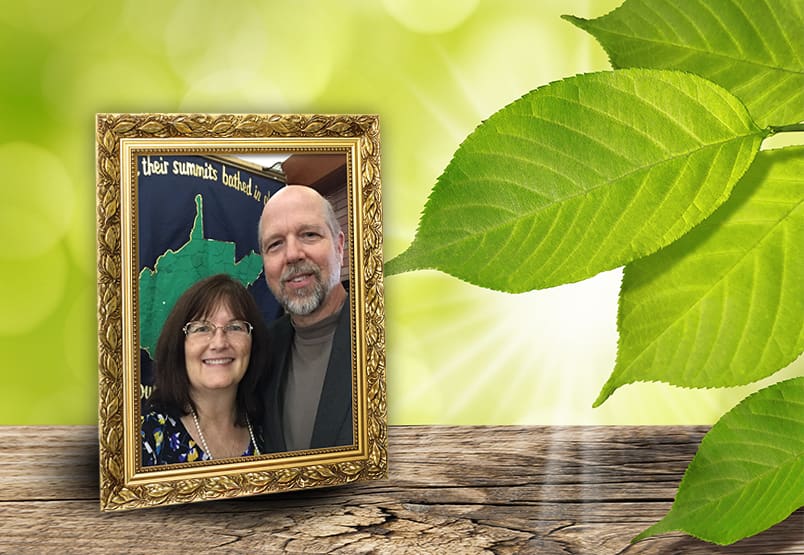 The Lord openeth the eyes of the blind: the Lord raiseth them that are bowed down: the Lord loveth the righteous: ~Psalm 146:8

Let’s take a journey. Where were you in 2003? Did you have time to look up at the clouds passing by or watch a bird perched on the feeder attempting to crack open a sunflower seed? Were there birthday parties and movies you were able to attend that year?

For Reverend Philip Dunn, those sights were officially halted. That was the year he was diagnosed with cataracts. His doctors assured him it would be years before they caused problems; however, they were wrong. He began seeing dark spots, and soon, his vision was so bad that he was only able to make out shadows and shapes. He was diagnosed with the incurable and irreversible decease called macular degeneration. (Also known as Age-related Macular Degeneration, AMD) It only took a few months for him to lose his vision completely. 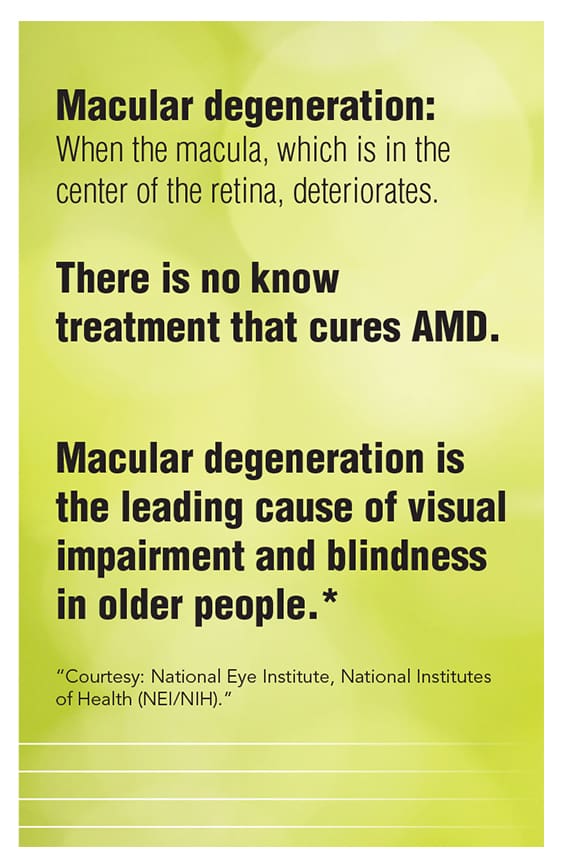 Being the Pastor of Valley Christian Assembly in Charleston, different emotions were encountered but never once did Rev. Dunn give up hope. He questioned how he could serve now that he was blind, but he always believed God would heal him.

“I always knew I would see again; I just didn’t know when that would be,” Rev. Dunn said.

He continued to pastor despite his diagnosis. Over the next fourteen years, many of life’s events went by unseen. His daughter Sarah had grown up and now was a beautiful young woman who had found the love of her life. Without ever seeing his son-in-law, he walked her down the aisle as his wife Suzette Marie beamed with joy on the front pew. He only saw shadows but his heart was full of love for the family as they embraced a new member. Still, other significant events went by, out of focus, including becoming grandparents of four.

“I woke up every day with an expectation that maybe today I would get my miracle,” Rev. Dunn said.

In August of 2018, Rev. Dunn began having severe headaches behind his left eye while working in his yard. Suzette Marie persuaded him to see the ophthalmologist. The doctors found that one cataract had burst, causing dangerous swelling, and he needed to schedule surgery immediately. In the meantime, he was to use prescription eye drops to help with the swelling and pain.

Rev. Dunn believed in faith that God would heal him and wanted to grant Him every opportunity to do so. Before he was scheduled for surgery, he invited Pastor-evangelist Robert Williams of Abington (VA) First Assembly of God to preach during a previously scheduled service that went from Sunday to Wednesday. Rev. Dunn attended each night and went to the altar, asking the Lord for a miraculous healing of his sight and prayed for the doctors to be used by Him. He prayed for the pain to ease, but it seemed to grow worse.

Finally, he went for his surgery. It was never the intention of the doctors that he would be able to see clearly. The procedure was more to save him from other medical complications. To everyone’s surprise, when he removed the eye patch–he held his eye open because it was swelled shut–he was able to see! His wife Suzette Marie was the first face he had seen in fourteen years!

Just two weeks later, Rev. Dunn had surgery on his right eye.  During his checkup, doctors were astounded when they could find no evidence of macular degeneration. His sight continued to improve and is now restored with his vision 20/25 in his right eye and 20/40 in his left eye.

He praised God for directing the hands of the surgeon and for the miracle of his sight.

“I believe God healed me during the miracle services we had at church,” Rev. Dunn proclaimed, “but He let the doctors unwrap the package.”

Rev. Dunn’s miraculous healing has made it across the nation and has been featured on many local stations as well as on Dove TV, ABC News, and Fox News.

“What God has laid on my heart is that we are going to see answers to long-term prayers for the saving, healing, and delivering power of God,” Rev. Dunn explained. “If there’s one dream I have, it is to bring this message, this anointing, and the manifest presence of God to the people.”