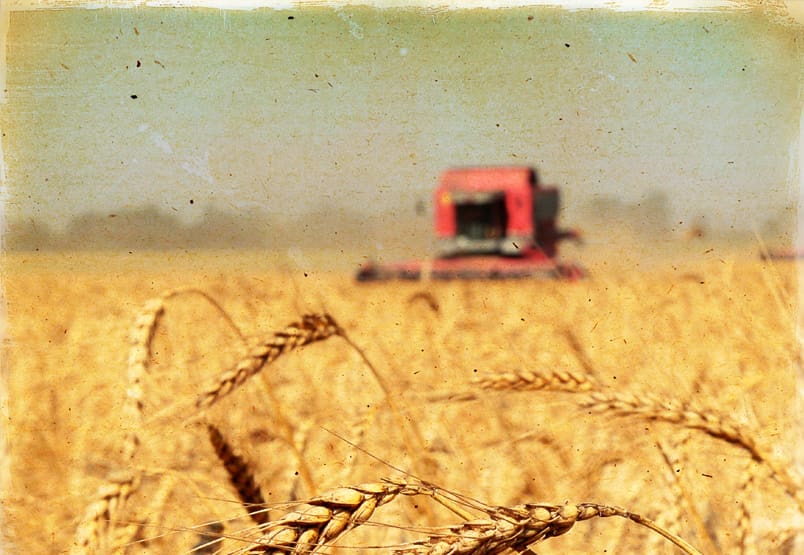 “All the nations will be gathered before him, and he will separate the people one from another as a shepherd separates the sheep from the goats.” Matthew 25:32 (NIV)

About a year ago, I heard in the Spirit that the earth was entering into a season of separation. Not just nations, but God was going to drill down to people groups. The events of the past year have confirmed just that. Even individuals are beginning to be separated to the left and to the right in this day and hour. In this window of separation, we now have a chance to seal and reaffirm our eternal inheritance.

My father’s first job outside the family was on a thresher crew in southern Indiana. The thresher had a component called the separator that cleared the desirable grain from the chaff and other undesirable biomass. In my day, the thresher was combined with the reaper (cutting bar) and called a combine. I just loved to operate that machine; it was like operating a giant lawnmower in a wheat field, collecting all the clippings and crushing them, blowing air crossways through the mulch, and in the end, having a full hopper of clean grain. The separator did its job.

Today God is doing His job, a strange work that results in separation. In times past, people of faith would often express their concerns about the presence and success of the unrighteous. They would ask God what He was going to do about it, and if there was no answer, they would ask if they (the righteous) should take the problem into their hands right now. The same is true today; we sort of want to do it right now. “Let both grow together until the harvest. At that time, I will tell the harvesters: First, collect the weeds and tie them in bundles to be burned; then gather the wheat and bring it into my barn.” (Matthew 13:30 NIV) God has His own time and His own combines.

God’s most used means of separation is a human’s mouth. The Bible says whatever is in the heart comes out of the mouth. (Luke 6:45) God just gives people the opportunity to open their mouths on an issue; immediately, one can be identified as a weed or a seed. In 2019 one significant wheat and tare issue was in the United Methodist Church with the tares’ avocation to rewrite scripture and redefine God’s Word. 2020 has been eaten up with COVID-19 and other political and moral issues on the national level. One of the most glaring statements came from a governor who stated that “We beat the Coronavirus; God didn’t have anything to do with it.” This is the same man who signed an executive order to send infected and sick seniors back to nursing homes, which houses the most vulnerable population. He appealed for health care professionals to come and help, and they came. Now he is planning to extract income tax from those who came from across the nation to help his state in a time of great need. The tare separation principle is obvious.

The Lord will rise as he did at Mount Perazim,
he will rouse himself as in the Valley of Gibeon—
to do his work, his strange work,
and perform his task, his alien task.
Isaiah 28:21 (NIV)

Another example of God’s strange work is leaving no secret covered. The railroading of an innocent man so that the tares’ political agenda to destroy a government leader is now being fully exposed. A double standard being applied to accusations and defense of a political aspirant, all of it spewing out of mouths. Make no mistake; the operation of separation is in play.

This scripture is haunting, “He will put the sheep on his right and the goats on his left.” (Matthew 25:33 NIV)

The Bible has much to say about the thresher. It is a place where the chaff–or unusable covering of the grain–is separated from the desirable product. The chaff is blown from the wheat. Often the Bible speaks of how the chaff is burned. The point is we all have some chaff with which God is dealing. The important issues of our day are being used to uproot things that are in hearts so they can get out into the open by the mouth and let the Spirit of God blow on them. A personal separation takes place if one privately examines the feelings and intent of the heart. If one is stiff-necked and hard-hearted, spoken words from the heart are God’s next progression in the divine harvester. There is a similar component in the combine, it is called a straw walker. Are not you glad God is good to forgive and gives us a chance to get our things right?

I cannot get out of this. A synonym of things is clothing. I believe we are now entering a season of dreams. The Bible says God speaks to people by dreams, and I have heard many recent examples of this. Isaiah had to go naked for 3 years (Isaiah 20); I only had to in a dream. I found myself at a public picnic naked; nobody seemed to care. I kept looking for a tablecloth or something to cover with, but nothing was available. Finally, someone asked me to wait on tables and threw me a dirty apron. Still, no one cared, and I woke up thinking about how that stupid apron was like the hospital gowns they make you wear before surgery. Open in the hinder parts.

As my prescribed response to bad dreams, I began praying against nakedness and asking God how to stay out of such situations. Immediately a still voice said, “Keep your mouth shut.” Then the same voice said, “Clothe yourself in Christ.” The thing is, we all have nakedness, that part of our personality we do not wish for others to see. However, God sees it, and if we do not own it, God will create a picnic for it to become public. He, in His great mercy, allows us to put on love, joy, peace, and longsuffering to hide the nakedness of the fallen nature and to walk before Him as pleasing sheep before the shepherd. Let not today’s opportunity go to waste.

Grace and Peace to you in the Name of our Lord, Jesus Christ.