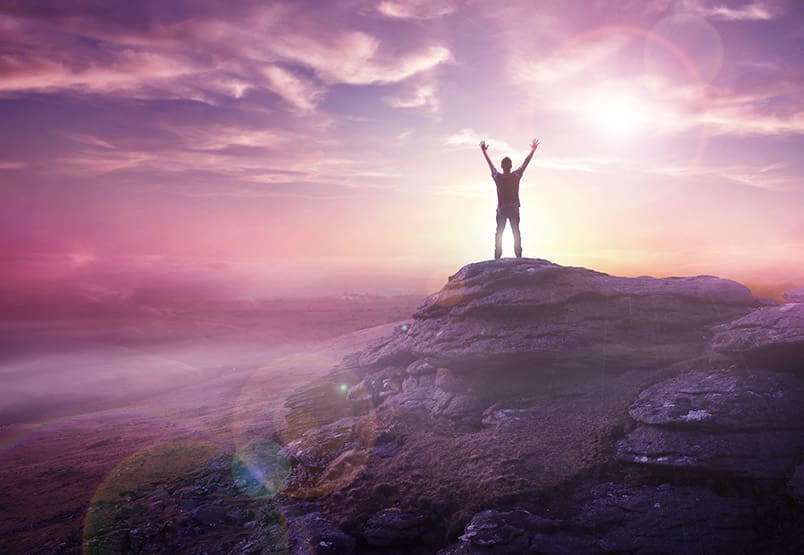 The world has now entered a phase of reckoning. Will the world accept the payment for sin? Or will the world continue to spiral out of control, into chaos, to save face, go down with the ship, and cling to their own idols and self-made religion that unequivocally denies God?

The world believes it can save the planet, the animals, the air, the ‘systems’ with which they operate. It is a false reality. All the systems of man are coming to the point of intersection that leads to chaos. The world has never seen what is happening before. Step by step, we will witness their failure, and we can either remain in them or choose another way.

Darkness is the absence of all light, a lack of illumination, but darkness is needed for light to have depth. Light is the presence of all light combined in harmony with one another. Both exist, and both are necessary. ~Angela Errett

In the book of Job chapter 18, Job’s friend Bildad, whose name means confusing love by mingling, details the wicked’s tribulation. He speaks of how the wicked man (a criminal, a worldly, ungodly man) is snuffed out. His light becomes dark, and his own schemes bring him down. Traps lie awaiting his arrival as terror will make him afraid on every side. Calamity is hungry for him, and what he is confident in–his beliefs–shall be drawn out of him and will bring him to the king of terrors. He is driven from the light into the realm of darkness and banished from the world. This is the path of all those who deny God.

But there is Good News!

Those who deny God have believed the lies of the enemy. That deception has been passed on for many generations. They think THEY are the masters of their lives, their systems, and their world. It is tough for anyone to accept that they have been lied to about everything they have ever known. Humans tend to make excuses and go into ‘protect thy self and thy possessions’ mode when confronted with the truth. They will resist.

For example, Sally goes to a party on Thursday night and get’s home around 2:00 am. She misses her alarm for work the next morning and gets to work 45 minutes late. Mrs. Harris, her boss, goes to her office to confront her about the constant tardiness. Sally lies and says the train was late again. Mrs. Harris tells Sally that if she is late one more time, she will be fired. A month later, Sally is late again and is fired.

Sally had a few choices.

Which choice would have been the best for her?
Choice one, leaves Sally stuck believing her own lies. It’s everyone else’s fault I’m late. I deserve a life outside of work, etc. Choice two brings Sally a step closer to realizing she is the culprit of her own situation, believing the lies. With a concerted effort to seek out the truth, she will overcome her urge to party on a weeknight and be to work on time. Choice three, well, that’s the one God wants us to take. Fess up, learn what the truth really is, and find out what God wants.

My little children, these things write I unto you, that ye sin not. And if any man sin, we have an advocate with the Father, Jesus Christ the righteous: And he is the propitiation for our sins: and not for ours only, but also for the sins of the whole world. And hereby we do know that we know him, if we keep his commandments. He that saith, I know him, and keepeth not his commandments, is a liar, and the truth is not in him. But whoso keepeth his word, in him verily is the love of God perfected: hereby know we that we are in him. He that saith he abideth in him ought himself also so to walk, even as he walked. Brethren, I write no new commandment unto you, but an old commandment which ye had from the beginning. The old commandment is the word which ye have heard from the beginning. Again, a new commandment I write unto you, which thing is true in him and in you: because the darkness is past, and the true light now shineth. He that saith he is in the light, and hateth his brother, is in darkness even until now. He that loveth his brother abideth in the light, and there is none occasion of stumbling in him. But he that hateth his brother is in darkness, and walketh in darkness, and knoweth not whither he goeth, because that darkness hath blinded his eyes. I write unto you, little children, because your sins are forgiven you for his name’s sake. 1 John 1-12 KJV

God wants us to see the truth, and that truth is foolish to the world.

Jesus Christ is the way, the truth, and the life. Jesus tells us not to let our hearts be troubled or be afraid because if we believe the truth that Jesus is the way, then you believe in God. And if you believe in Jesus, you believe the Good News! That news is that He paid the price on the cross with His blood to redeem us from the lies of the enemy and the wicked man’s future. A future that without Him, we were destined for just as the evil man in Job chapter 18. When we believe and choose a relationship with Jesus Christ, we are lead into all truth which overcomes the deceptions of the enemy and, if we are like Sally in choice number three, and we seek God and His truth, we are set free from the chaos right in the midst of it!

Yes, with a change in how you think and what you believe, allowing Jesus into your heart, you can be saved from the wicked man’s tribulation. You can become at peace and not be offended by the world and what they do. You can bring a bit of heaven here on earth, where you are, and be a peacemaker and not a troublemaker. It takes courage to believe something that you were never taught by those around you if you never grew up in a Christian household. It takes faith in something you don’t see in the physical, scientific world. Just as Abraham, the father of our faith, removed himself from his family to follow God’s voice, those who believe, continue in the power of the Almighty to pass on this Good News and our faith to another generation.

Peace be with you all…