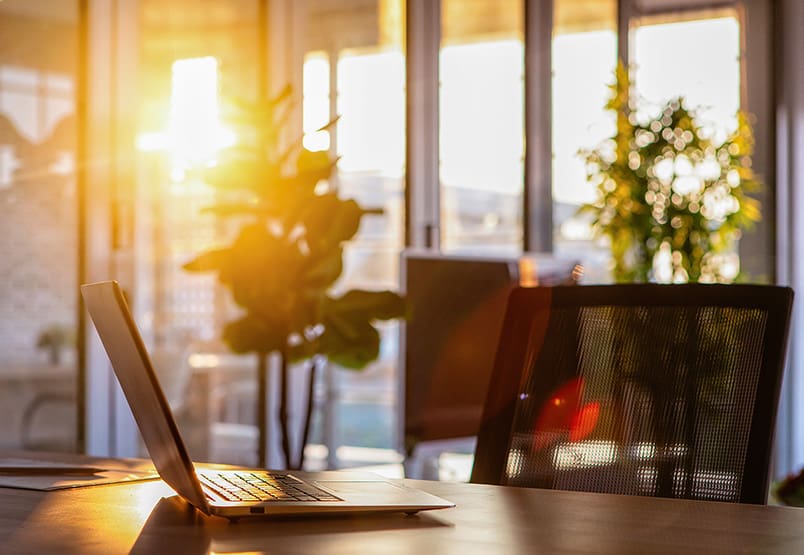 Recently, I needed to update all of my computer systems. It had been a couple years since I had done anything other than the required operating system security updates and such, so I was dreading the amount of time it would take to complete. I kept putting it off and putting it at the bottom of my list of things to do. Each Monday, I would add it to my calendar, and by Friday, another week would pass by. The attitude was, “Well, I’ll try again next week.”

Then God arrested me…

As I was driving to an appointment, I was thinking about the cost of a new computer and backup hub I was considering purchasing so I would be able to get the newest design software I needed and increase my storage. None of these items are cheap, and I began to resolve myself to the fact it would be a while before I could make the purchases. I would have to continue with my old computers and ‘make do.’

But God had another way!

LISTEN FOR THE STILL, SMALL VOICE

The Holy Spirit came to me as I was looking at some backup drives. “You don’t need them,” He said. “You have plenty of storage already.”

I had purchased a large capacity drive that was already in use. As the Holy Spirit showed me a picture in my mind’s eye, I could use it as my hub and cover all of my systems without any additional drives. Ok…so that’s pretty basic stuff anyone with a computer can come up with. Right? However, after the pandemic hit, everyone was pulling back, and I didn’t want to purchase the new system if I really could continue without the extra expense. My point is that the Holy Spirit thought it important enough to tell me something that I probably should have known already, but He brought it to my attention before I made the purchase and had to return it. He’s very good at that, even with the simple things, if we just listen, He will direct our paths!

His direction also helped to facilitate the next revelation about my dilemma. Now I could get all my systems backed up, have plenty of storage space, and update two of my computers. The only problem was my OS was out of date on the third computer and could not be upgraded any further, or so I thought.

“Find out what it will take to upgrade your software,” was the next directive. I searched online and found many forums on the subject. Finally, one programmer gave some advice that just might work in my case. I would only have to buy a $20.00 software update, then, if all went well, I could revive my old OS, upgrade to the latest version possible, and be able to use my newer design software across all my computers. I placed the order and waited for it to arrive.

I was so excited the day it arrived. Sure, it was just a CD-Rom, but when you realize something old and obsolete can be revived, it can give you a little pep in your step! I installed the software, said a prayer of thanks, and within an hour, my new computer awaited! Step one was over. Now it was time to see how far I could update the system.

One, two, three updates, and we are golden! Then, to my dismay, the next update said I did not have the hardware necessary on my computer to install…bummer! But wait! They were going off of my serial number. It was true that the computer, when built, did not have the correct hardware, but what they didn’t know was that a few years ago, that particular computer crashed. Right after I had finished publishing a magazine, thank goodness!

I called from Pennsylvania to Virginia, Ohio, and finally found an authorized dealer who could replace the hard drive in Charleston. They were three hours away and would need at least 7-10 days to order in the parts and repair it. They finally called with good news a week later and were able to fix it for around $360.00 if memory serves me correctly.

With this knowledge, I thought, “What the heck, let’s try this update too!” After all, I was directed onto this path by a Higher Power.

PUSH PAST WHAT YOU KNOW

It took some finagling, but I was able to finally download the next version. I backed up the hard drive again, just in case, prayed, then began the process. It was around 4:00 p.m. when it started. Of course, you never shut off a computer during an upgrade, so I had turned off the sleep mode and left the screen saver on. 6:00 p.m. rolled around, and it was still chugging along. Then 8:00 p.m. and 9:00 p.m. passed. I just kept looking at it and encouraging it to keep on going! By the time the 11 o’clock news came on, I was tired and went to bed, saying a prayer before I went to sleep.

The next morning I was up at around 6:00 a.m., and I approached the computer. The screen was black, no screen saver running, silent, just blank. I jiggled the mouse, and there she was. The beautiful picturesque backdrop was on full display, and the operating system install was complete! Glory hallelujah!

After some minor adjustments, I could download all the software updates and put the once out of commission hunk of metal and magnets back into service. She has been upgraded as far as she can go now, and it is just one OS shy of any computer I could buy today. The cost you ask for a basically brand new computer? A few hours of my time and $20.00. Wow!

My old mindset was about to keep me from what God had already prepared for me. I was operating on my knowledge of computers and how they become obsolete so quickly these days. Just look at the advancements in computers we use today. Especially look at the evolution of digital storage devices and capacity. We have gone from tape storage, 8-inch to 3.5-inch floppy disks, and Zip drives, CD’s, DVD’s, Solid State drives, USB flash drives, and now the always-available Cloud storage, which is accessible anywhere you can get access to the internet. God showed me that I was remaining in a mindset that limited my abilities instead of embracing the unlimited newer capabilities He offered!

THE PANDEMIC WAS A HARD DRIVE CRASH–GET A NEW DRIVE

With the world reeling from a pandemic, everything seemed to become a challenge–a setback. I do not want to equate my story with the severity of this event, but I can glean some similarities. When I lost the hard drive on my computer, I also lost all of its data stored on my external drive backup. It just disappeared. Kind of like the last few months if I am being honest. It has also been a time of regrouping and figuring out where or who I can go to to make sense of all that is happening. Looking for someone that can fix the problem or at least provide me with some kind of an update or new equipment, so I can get back up and running. The way I chugged along every day operating in the same knowledge was halted, and I had to look for a new drive deep within to get my systems running.

WHAT WE CALL A SETBACK, GOD CAN USE FOR A SETUP

Losing my hard drive at the time it happened was a two-week setback, or so I thought! Sure, I had to travel and incur an unforeseen cost to get the computer back. That was the part I had to work through without getting angry and trying to be thankful that I could find someone to fix it and only be down a couple of weeks. We are to rejoice in our sufferings and know that through trials, we gain patience and experience. Romans 5:3-4 says it best.

After setting up the new drive, I had hope that my computer would be faster than before and that, because God helped me get through that trial, He would continue to provide a way through the next one. Because the next one will always come. And when it did…I received a blessing!

REVELATION KNOWLEDGE–REPENT AND THE HOLY SPIRIT WILL COME

Always have an ear to hear from the Lord. When we seek Him and have a relationship with Him, we can rest assured that He will make a way where we think there is no way. Stop running drills in your mind of everything that could go wrong, or allow yourself to believe the worst outcome is your future. Those types of thoughts are not of God. He says to only think of the good things and put out of remembrance those who are evil. We must repent in our thoughts and think about His goodness!

RECEIVE THE NEW DOWNLOAD–DON’T REFUSE IT

We must change our OS from thoughts that do not line up with God’s Word to one that does. That’s not always an easy task. Things come from out of left field, like a hard drive that crashes, or a global pandemic that test our faith. It stretches us to reach further than we did the day before and keep trying to improve our own discipline. It forces us to choose to do things the world’s way, our way, or God’s way. And it is always better to do it God’s way. To do that, we have to be willing to download that newer operating software and not refuse the way God sends it. His ways are much higher than our ways, and we must operate from the perspective of His goodness will prevail no matter what we feel, see, or hear. We must rely on His promises to see us through the trials and tribulations to come. He told us these days would come. Now that the world we operate in is about to be replaced with the new operating system, we must expand in our knowledge of it or become obsolete, just like a 3.5-inch floppy disk or my old versions of software on my computers. You see, we have the equipment, but it is up to us to update it!

ALL WORKS FOR THE GOOD OF GOD’S KINGDOM!

So, in the beginning, I searched for my own knowledge about my computers and what would be my best course of action, yet I didn’t have the best information. God did! He knew what He had done years earlier that would help me in my time of need. When we don’t know the answers, God does, and He speaks through the Holy Spirit to us. I have had events such as this too numerous to count, and each time it was either something that allowed me to learn or blessed me. These continual events are what can build up faith in God’s abilities that is undeniable. With each new ‘update,’ we can become even more acquainted with the Father’s love for us and share that knowledge with others. All things are made for God’s purpose; all will work for the good of His Kingdom!