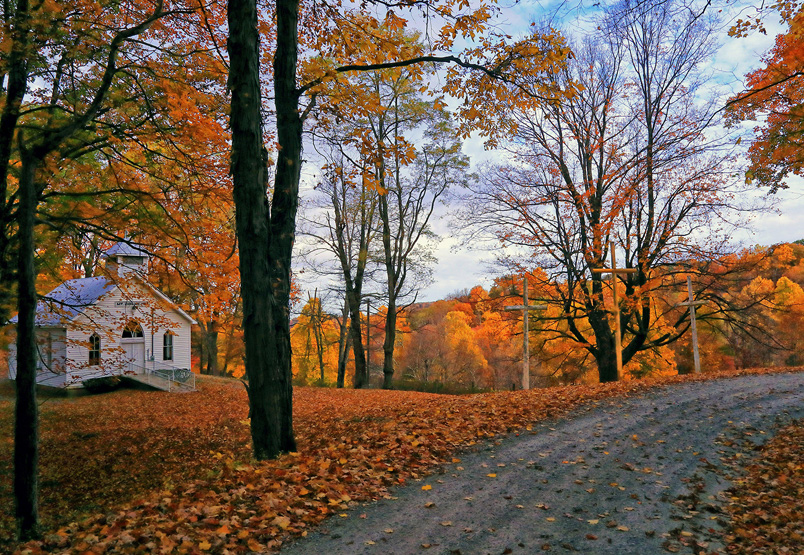 Trust in the Lord with all your heart and lean not on your own understanding, in all your ways submit to Him and He will make your paths straight.

As we move into 2021, most of us say “good riddance 2020,” and wish we could hit the delete button to erase the memory of that horrible year of fear, misery, and turmoil. Twelve months ago, the year was full of promise, and many of us were making plans to make it a great year. For me personally, I wanted to draw nearer to God and “be about my Father’s business.” I closed last year’s January article with “Just think of the Kingdom work that could be accomplished if we were all about doing our Father’s work in 2020.” Little did I know that statement would be so meaningful. Thankfully, our amazing health care workers, first responders, and others answered the call.

Twelve months ago, we had no idea what lay ahead. On January 31, my wife wrote in her journal.

“The US is under a public health emergency due to the ‘coronavirus,’ something coming out of China. Not sure what that edict means for the average citizen–except don’t go to China–but there it is. Six people have it here, but like 8,000 in China with many deaths.”

Sadly, we quickly found out that it meant a pandemic was about to unleash itself and would take an unbelievable number of lives worldwide and change life as we know it, most likely forever. Here in the US, we coupled the pandemic nightmare with violence not experienced since the early 1960s. Fast forward to today, and there appears to be some hope on the horizon in combatting the virus. Vaccines are now being administered. On the cultural, political, and social side of life, there is a pervasive distrust of our politicians. There is fear caused by a cancel culture that maliciously creeps into every aspect of our life. Free speech is under attack, friends are defriending each other on an increasing basis, and God is marginalized more and more in our society. For Christians, we should not worry or fret, but do as Paul recommend in Romans 12: 2 (NKV): “And do not be conformed to this world, but be transformed by the renewing of your mind, that you may prove what is that good and acceptable and perfect will of God.”

Personally, as I look back on 2020, I am so thankful that I chose Proverbs 3: 5-6 (NIV) as my guiding scripture for the year: “Trust in the Lord with all your heart and lean not on your own understanding, in all your ways submit to Him, and He will make your paths straight.” If I had not chosen these verses, I am afraid 2020 would have been a spiritually barren year. One of my Biblical heroes is Joseph, the youngest and favorite son of Jacob (Israel). Joseph found himself in many situations that he would not have chosen for himself: thrown into a pit by his jealous siblings, sold as a slave to traveling Egyptians, thrown in jail based on lies of a scorned woman, and forgotten after helping one of Pharaoh’s servants out of jail. In every circumstance, Joseph chose to be content and stay faithful to God, and in each case, he was rewarded by God for doing so. Paul also reminded us to be content and serve the Lord wherever we are: “I have learned the secret of being content in any and every situation.” Philippians 4:12 (NIV). Thankfully, I too have learned that secret, “trusting in the Lord with all your heart.”

Beyond the trials that were brought about by the pandemic, 2020 was an exceedingly difficult year for me, mostly due to ill health. In mid-March, I came down with mononucleosis after my wife was diagnosed with it in January. Even though we struggled health-wise for several months, we still were able to stay true to our faith and are thankful that God revealed avenues where we could serve Him.

Summer brought a respite of sorts as we both felt a little better, although not 100%. We enjoyed the confines of our backyard garden, going to church again, and a little more freedom while still social distancing. I was happy to be back into my men’s group weekly Bible-studies. Everywhere, there seemed to be optimism, thinking kids might get back to school in the fall, sports would renew, and things were beginning to open up more and more (well, at least in West Virginia).

As fall approached, optimism started to wane as Covid-19 began rearing its ugly head with more of a deadly vengeance, lockdowns began to reappear, and kids were doomed to remote learning. For me personally, while I tried to enjoy my gardening and photography, they were both becoming more and more physically challenging. I took on the arduous task of revamping several flower beds, which involved digging up lots of plants, many of which were sold to raise money for our Band of Brothers’ Help Us Help Kids projects. But something was wrong. The work was much more challenging to accomplish. My doctor thought it was the aftereffects of mono. Rather than succumbing to the tiredness, I decided to power through it, which led to more and more recovery days. Little did I know something more serious was lurking.

As we moved into late September, I needed more naps as I had little stamina. However, I decided to take on our Band of Brothers Christmas Help Us Help Kids’ project again. We decided to focus on brightening the lives of nursing home residents. If you read my last testimony, our expectations were low as we did not think we would raise as much money during a pandemic year as we did in regular years. God had other plans, and we raised a record $52,000, which allowed us to help 34 nursing homes make Christmas extra special for their residents. It was amazing how God took over. The more my strength waned, the more people became generous, proving once again that everything is possible with God.

On September 26 and then a week later, when I was out enjoying photography in the mountains, I had two significant events happen. On each occasion, I had trouble breathing and experienced chest tightness after some exertion. I finally realized that I may have something more serious than the aftereffects of mono going on. Off to the cardiologist I went, and the first stop was a stress test. It showed a couple of issues, which led to cardiac catheterization. That’s okay, I thought, “I’ll get a couple of stents put in, and I’ll be good as new.” Wrong! The cardiologist cut the catheterization short as he found severe blockages, which would require bypass surgery. On December 3, I learned that the surgery needed to be done soon, as early as mid-January. However, I continued having more and more issues, causing my surgeon to move my surgery up to December 14. He did not want to wait any longer. That was fine with me. If I need surgery, “let’s get ’er done.”

The night before my surgery, I was in my hospital room at West Virginia University’s Heart Institute. My wife had just left to return home to Buckhannon. She left worried; Her parting words were, “please come back to me.” I began to pray, and I still remember much of my prayer dealing with how grateful I was for a lifetime of blessings, my love for Jesus, and how I loved serving Him. I did say that I didn’t want to leave Liva and that I would like to continue to serve Him. I told Him I put my total trust in Him and that His will be done. And then it happened.

I felt like I was taken to the edge of the earth, standing high on a cliff looking out into the expanse of the heavens. The sun had set, and it was late dusk, but I could still see some billowy clouds off in the distance. Then the clouds slowly dissipated and total darkness set in. Way off on the horizon, I noticed a light just starting to rise. As it rose, I could see it was a bright star. It kept rising, getting taller and more luminous. It eventually cleared the horizon. I wish I could explain how beautiful and large it was. Even though it appeared too bright to look at, I could see it very clearly in every detail. It was so pure and sparkled with smaller stars emanating from it. It continued to rise in the sky, and then I could see that it was moving towards me. It just slowly moved closer and closer. I was not blinded nor scared as it got closer. It was so beautiful. Then it washed right through me, leaving me with the most delicious feeling. I looked back into what had been a dark sky, and it was filled with rejoicing angels.

I thought, “Wow, the Angels from the Realms of Glory.” As I awakened, I had this unbelievable peace, which I realized must have been “the peace which passes all understanding.” I knew instantly, God had reassured me that all would be okay, I would get to go back to Liva, and that there was still more work for me to do for Him. Needless to say, that was the best Christmas present I could have ever received. The next morning, I decided I would not focus on myself but would try to uplift everyone I encountered during my stay in the hospital. It was an experience I wouldn’t have missed for the world. I know for a fact that it would not have happened if I had not trusted in the Lord with all my heart.

So here I am in January 2021 with a healthy heart and excited for the future. Yes, from a worldly view, the future looks uncertain and somewhat bleak. But, if you know the one who holds the future, you don’t need to worry as you’ll have all the security one will need. There is great comfort in knowing you are a Child of God and a friend of Jesus. None of us knows what lies ahead, but I know I have contentment to face whatever it may be.

In the past month, I came face to face with my mortality. Billy Graham once wrote, “The greatest surprise in my life is the brevity of it.” My recent experience reminded me of how precious life is and how important it is to live a life that matters. For Christians, time is not to be wasted on selfish endeavors. But dedicated “to our Father’s business.” How do you do that? How do you live a life that matters? One way is to be like Joseph by being faithful where you are. Have a cheerful heart, not one that is downtrodden by the events of the world. If you try to live a life that bears witness to God’s kingdom, you will not only be helping others, but you will be pleasing God. Whatever situation you find yourself in, ask God to use you for His glory. It worked for me in the horrible year we just left behind. It can work for you in 2021. I am excited to see how He uses me in this year ahead. Thank you, Lord, for bringing me back to Liva and for the wonderful opportunity to continue to reveal Your glory. 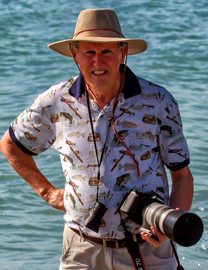