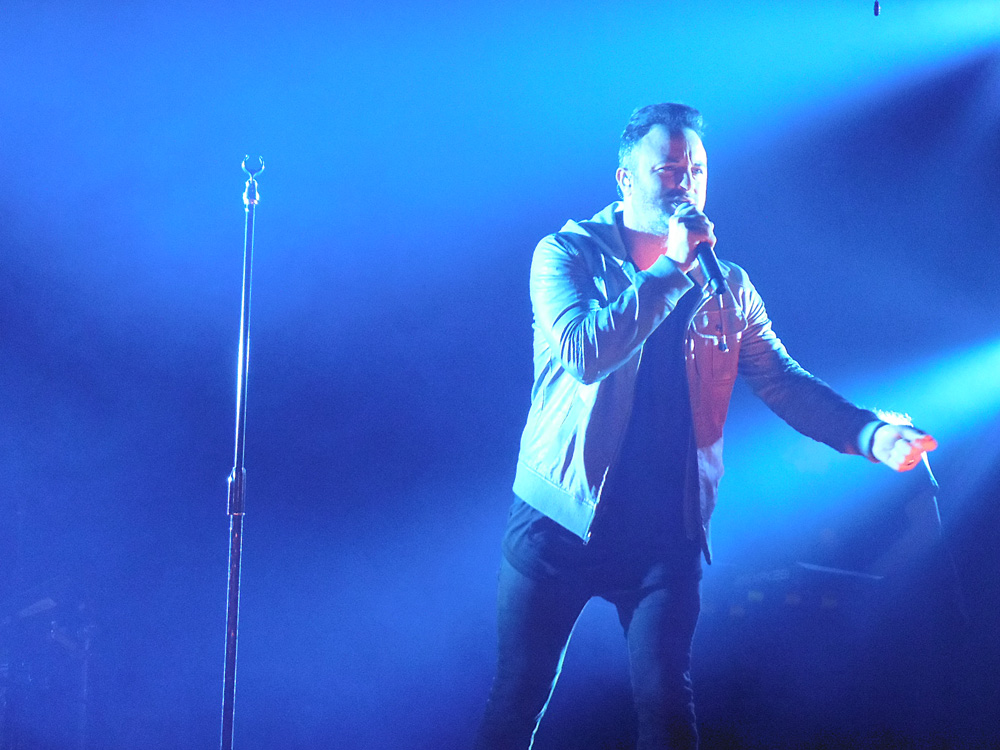 After the hustle and bustle over the holidays, we are finally able to put a few thoughts together about one of the events we attended in December.

A chance email to Youth Group Directors Laura and Mackenzie Murphy from Finding Favour’s management company set the ball in motion. Laura had signed them up for concert alerts but never imagined they would be involved with bringing a Christmas concert to the Lewis County area.

“It is great that we have raised up youth in our area that want to stay involved with the Church like Laura and Mackenzie,” stated St. Matthew UMC Pastor Tim Conrad.

First up was Brianna Caprice, a new solo talent from Indiana. Her strong vocals and true musical talent impressed the crowd and set the tone for a great night of worship and the celebration of the Christmas season.

Next up was Bonray. Zac, Jesse, Jake, and Morgan Bonner make up the sibling band and hail from Philadelphia, PA. The multi-talented family had the crowd on their feet performing songs from their 2014 EP release including “You Got Me,” “Overboard,” and the driving beat of “The Good Life.”

Last up was Gotee Records recording artist Finding Favour. The group was discovered by Toby McKeehan (TobyMac) and have been making waves in the Christian Music scene ever since. Their single “Say Amen,” released in 2014, is an incredible worship song that connects with believers.

Their new album Reborn was released in 2015 and includes “Cast My Cares,” which is a declarative worship song surrendering all to the Lord. Both songs can be heard regularly on Air1 and K-Love. The group also performed their original Christmas song, “City Night.” The song celebrates the birth of Christ in the city of Bethlehem and how one child changed the world forever.

Lead singer of Finding Favour, Blake NeeSmith shared an emotional story about a child they met on a mission trip and spoke of their support of the Food for the Hungry organization. An organization dedicated to ending poverty. He went through the crowd handing out packets to several people who wanted more information on sponsoring a needy child.

The crowd was asked to sing along to the Christmas songs sprinkled throughout the evening. For the final performance of the night NeeSmith invited everyone back to the stage to perform “Have Yourself A Merry Little Christmas.” 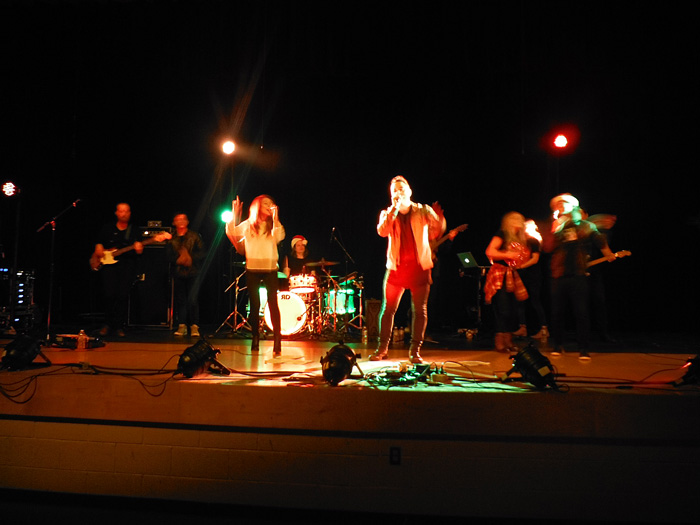 The concert was a wonderful addition to the Holiday season and the songs from the evening helped to bring the Holiday Spirit alive as everyone in attendance celebrated the reason for the season, the birth of our Lord and Savior, Jesus Christ.

Video below of the last song of the night was posted to Facebook by Ben Stottlemyer. Ben was the winner of two free tickets given away by Glory Magazine.