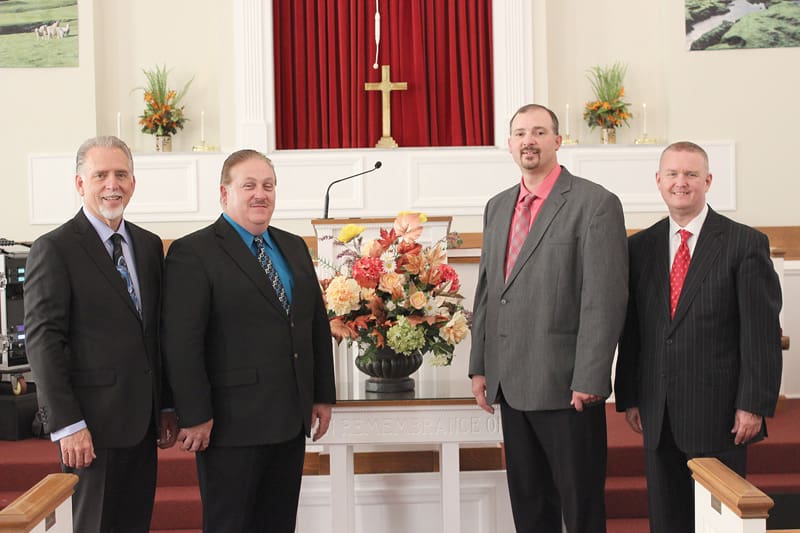 Southern Gospel music is undoubtedly one of the most iconic forms of American music, and has influenced every musical genre in one way or another. You can hear its influence in songs by many artists on contemporary Christian music stations today.

We had the pleasure of sitting down with the West Virginia Gospel Quartet to learn about their passion for spreading the Gospel of Christ through their four-part harmonies around the state and beyond.

Current full-time members, Stanley Herrod, John Woodson, Michael Roach, and Sam Zicafoose are four men with a passion for Southern Gospel. All four have extensive backgrounds in both contemporary and gospel music and have performed in different groups and quartets. Each bring polished skills to the group to form a smooth harmony reminiscent of some well-known quartets like Gold City, the Blackwood Brothers, and the Statesmen.

The WV Gospel Quartet is Born

Stan was moving on from another group in 2012 when the opportunity to form a new band presented itself. He called Sam, who he had sung with before, and said, “Why don’t we do this thing.”

After some thought, Sam agreed.

The group remained nameless for about three months as they searched for the perfect one. Ideas came and went because they were already in use, but Stan kept coming back to West Virginia being in the name. The difficulty was with other bands having similar names. Finally, they looked up “West Virginia Gospel Quartet” and found, to their surprise, that it was available!

“I wasn’t born here, but I have lived here all of my life,” Stan says.  “I love this state and I am proud to be from here. There also are not very many quartets that are from West Virginia.”

Soon after formation, they recorded a debut CD, Songs We Love To Sing, released in 2013.

The group’s influences are a variety of well-known Southern Gospel artists such as the Blackwood Brothers, the Goodmans, The Cathedrals, Gold City, The Statesman, and the Happy Rhythm Boys from Greenbrier County, West Virginia. Out of them all, the group agreed that The Cathedrals set a standard that they strive to achieve in each performance.

One of the group’s favorite song writers is Dottie Rambo, whom they hail as the best gospel songwriter ever, having written over 2,500 songs. They included one of their favorites on their CD, “For What Earthly Reason.” 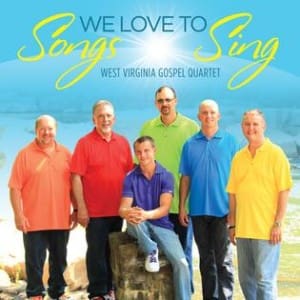 For more information or to see where West Virginia Gospel Quartet is performing visit their website at www.wvgospelquartet.com.

Their debut CD Songs We Love To Sing is available on CDBaby.com.