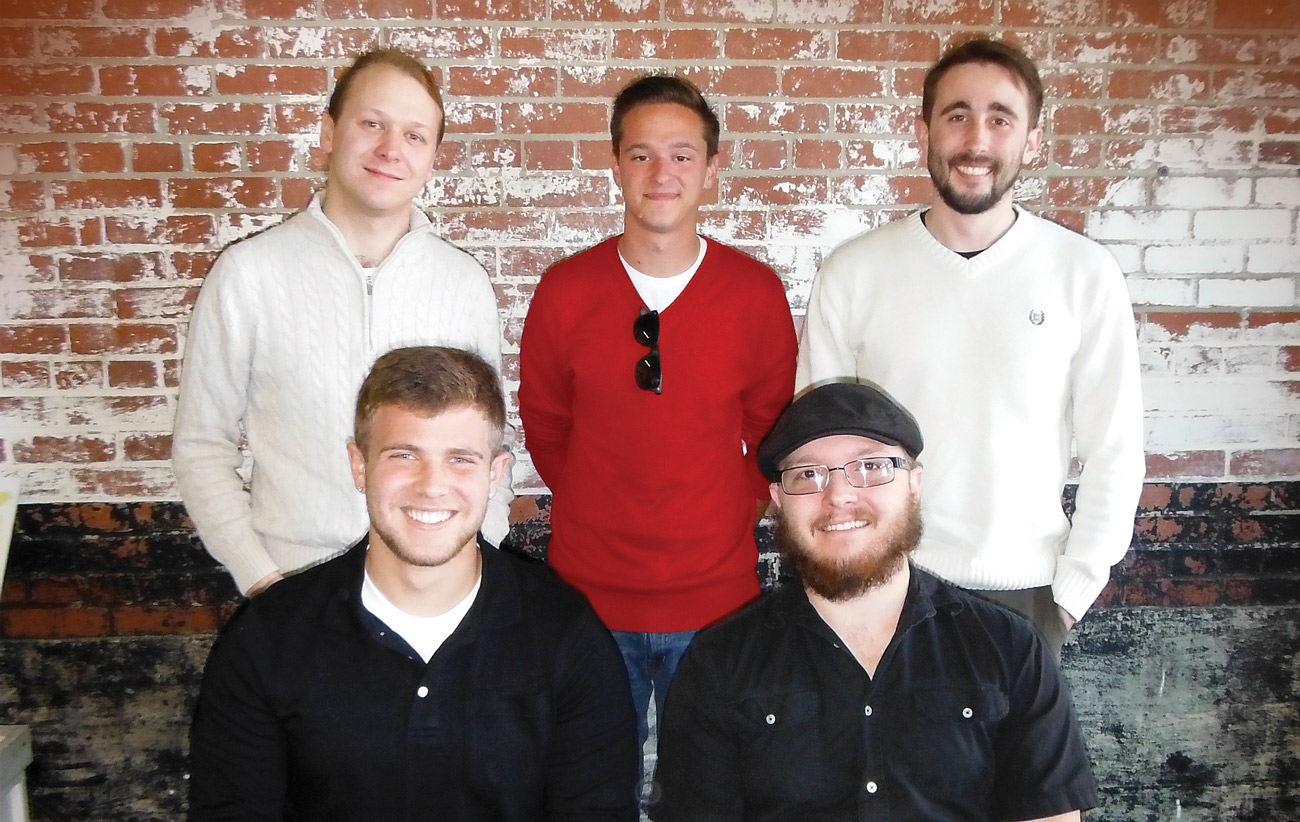 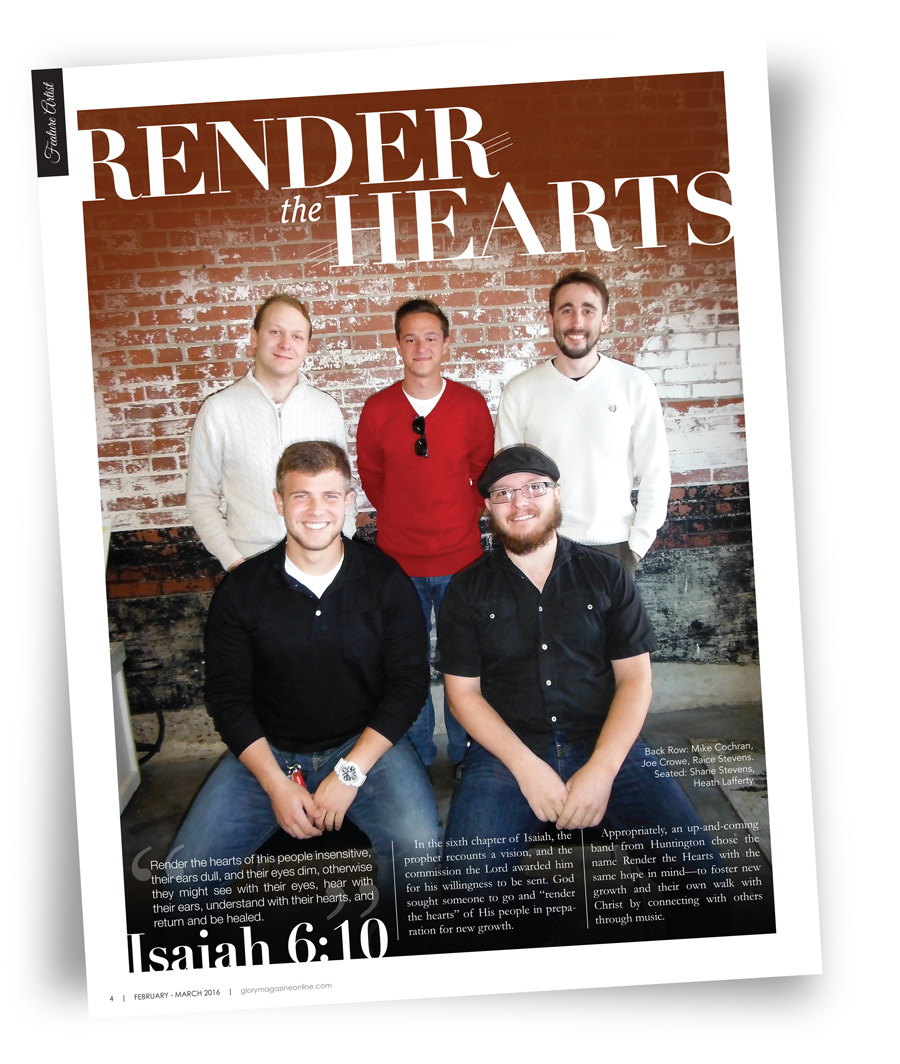 Render the hearts of this people insensitive, their ears dull, and their eyes dim, otherwise they might see with their eyes, hear with their ears, understand with their hearts, and return and be healed. Isaiah 6:10 NASB

In the sixth chapter of Isaiah, the prophet recounts a vision, and the commission the Lord awarded him for his willingness to be sent. God sought someone to go and “render the hearts” of His people in preparation for new growth.

Appropriately, an up-and-coming band from Huntington chose the name Render the Hearts with the same hope in mind—to foster new growth and their own walk with Christ by connecting with others through music.

Glory Magazine caught up with the group at one of their favorite hangouts, Huntington’s Bittersweet Coffeehouse.

In February, 2012, things started to fall into place. Mike Cochran (the lead singer) and Joe Crowe (the drummer) met at Marshall University while both were performing in the drum-line. They struck up a friendship and, soon after, became roommates. But both were playing in different bands off-campus. Eventually, however, the amicable dissolution of both bands opened up an opportunity.

Mike called Joe to propose forming a band, and they were soon looking for other members… 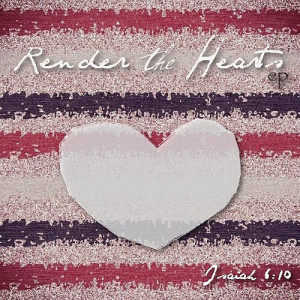