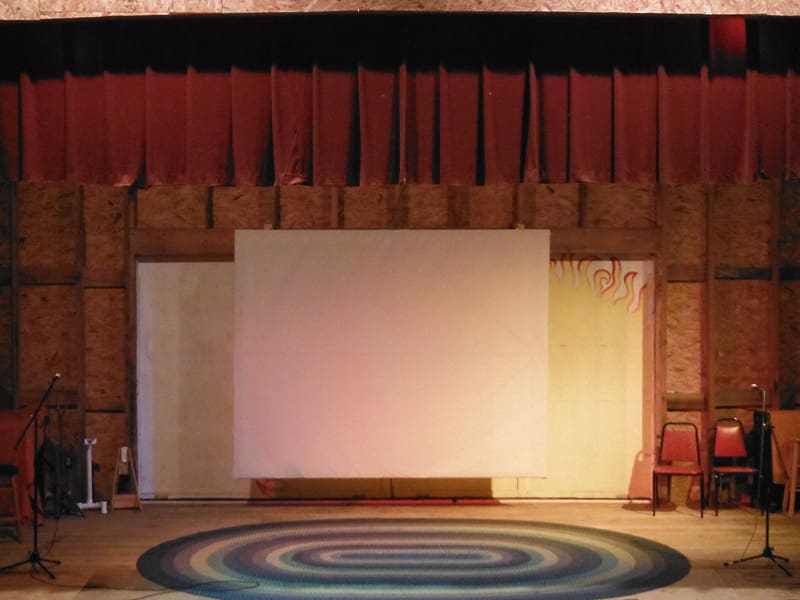 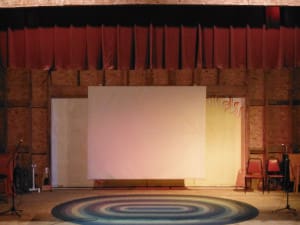 Deep into the fall, with temperatures in the low 40’s and nature displaying her array of woodland colors, a quaint theater nestled in a valley in Cleveland, WV, was host to the premier of Swiss Family Balli.

The documentary focuses on the life and history of the well-known Balli family. The Balli’s emigrated from Switzerland in the 1900’s and miraculously shaped a farm on the top of a mountain using skills acquired from their knowledge of Swiss terrain and the ingenuity of Mr. Balli. The farm, still being worked today, is in the middle of the remote backwoods in what is now Holly River State Park, in Webster County. 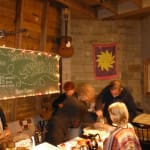 The scene was festive as we entered the two wooden doors of the rustic Jerry Run Summer Theatre. People buzzing back and forth enjoying the Balli family cheese samples with crackers and drinking some of the special Balli tea. Some were looking at old scrapbooks carefully patched together by Anna Balli. And still others browsed through mementos from the family and a sampling of quilts that were on display. 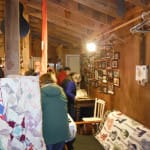 Anticipation was high. Most in attendance were either family, friends, or knew the Balli family who had touched so many lives. Everyone left the front lobby reunions to be seated and settle in for the premier.

Janet Fliegel, a descendant of the Balli family, and who wrote the script for the documentary came to the stage to great the crowd and give out special thanks to all those attending and to those who helped make the documentary a reality. Next Brad Rice, WCHSTV videographer for Traveling West Virginia came to the stage. He also thanked those who helped work on the film and those in attendance including his family, friends, and his daughter Emily Rice for her help with the musical score. He especially thanked the family for allowing him to tell their story.

“God led me to that family, to tell their story. Thank you for trusting me with it,” Brad stated.

The lights dimmed and the film began on a journey that showcased the achievements and the adversities the family endured over their 100 years on the farm. There was laughter and there was sorrow. The crowd roared whenever it was revealed one of the sisters nailed the twin girls’ jumpers to the floor to keep them out of trouble!

You could feel the crowd associate with the Balli family and their love of God, their work ethic, and the hardships that only those living in the mountains can understand.

There are some in WV who still know what it is like to live a self-sufficient lifestyle. Rugged roads and three feet of snow can lead to days without going to a store. It is a simpler, faith-filled way of living though many outside that lifestyle see it as much harder.

We left the theater filled with hope and with a sense of pride that each one of us, though not all related to the Balli’s by blood, were a family of friends from West Virginia. We had just viewed a story that mimics so many of our own and now it was available for the masses to see; to see the sense of faith, of honor, of pride, of love for life, and love for nature. Now the world would witness another reason why West Virginians are always free.

Thank you to Brad Rice, Janet Fliegel, Rose Ann Cowger, and the rest of the Balli descendants for sharing their story. This is a story that truly reflects how we became the “Almost Heaven” state.

You can find out more about the documentary Swiss Family Balli on Twitter https://twitter.com/SwissFamBalli or on Facebook https://www.facebook.com/Swiss-Family-Balli. 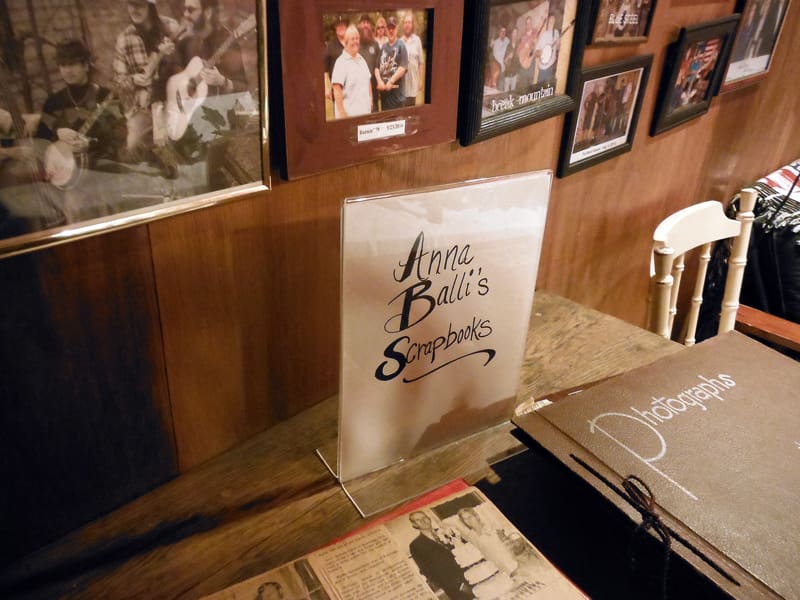 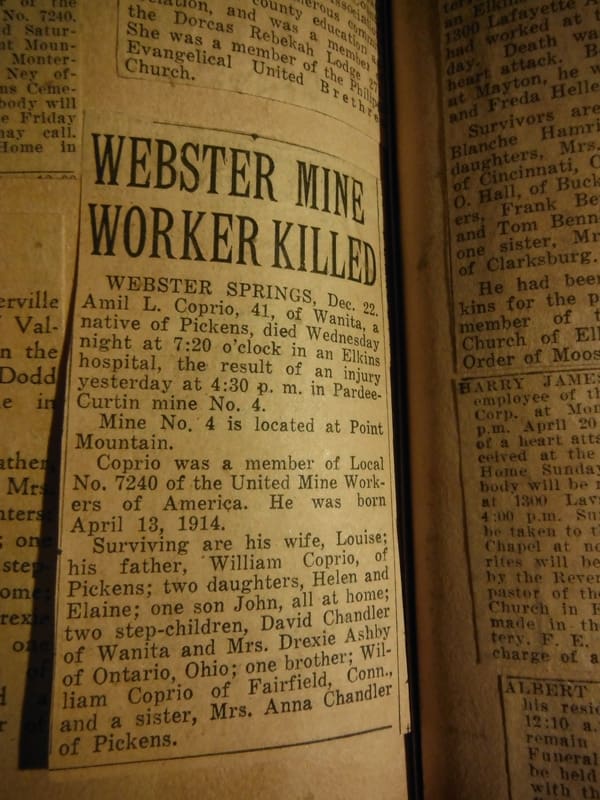 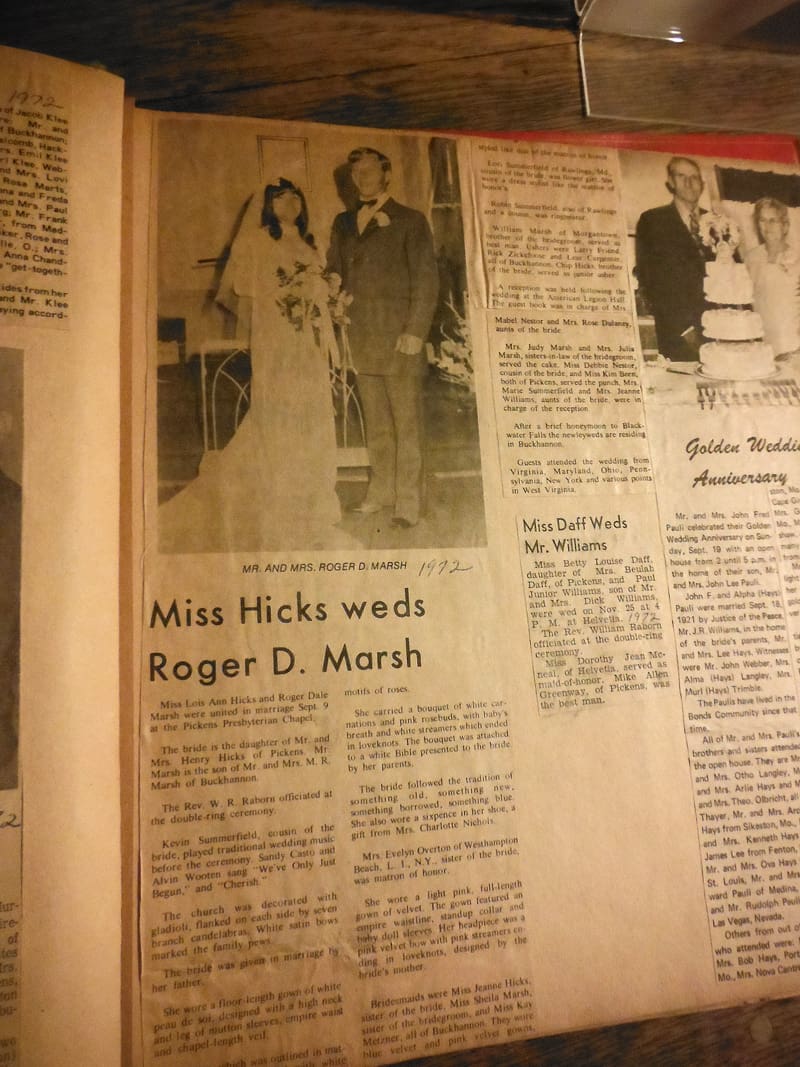 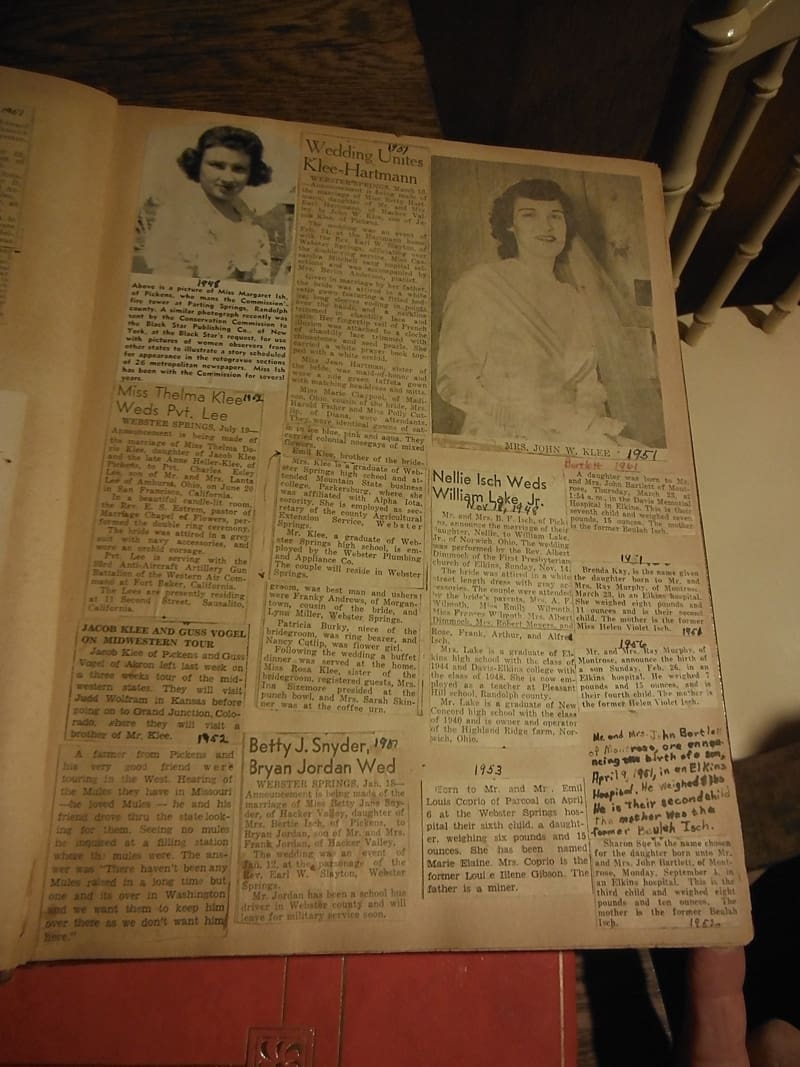