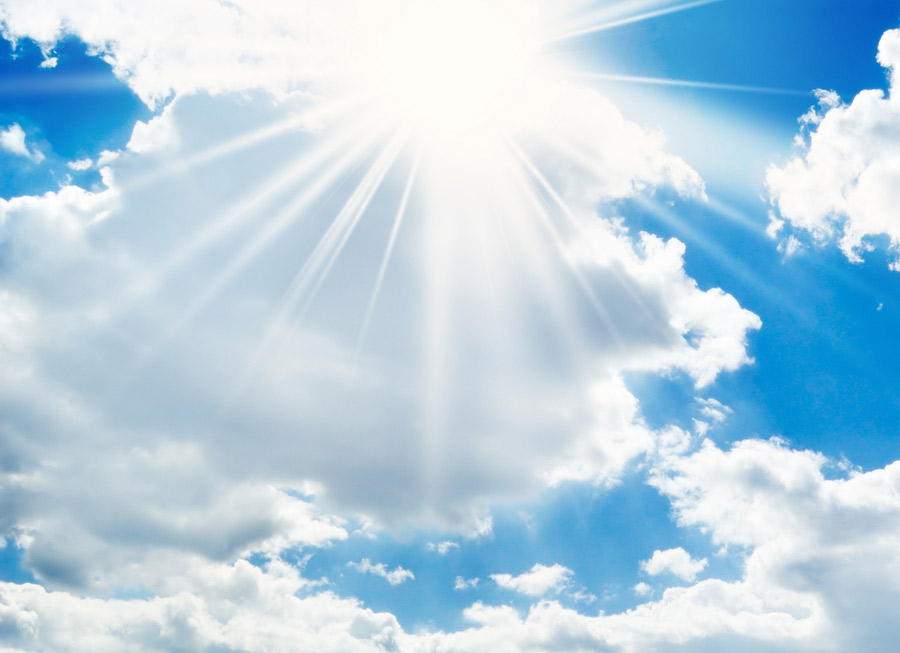 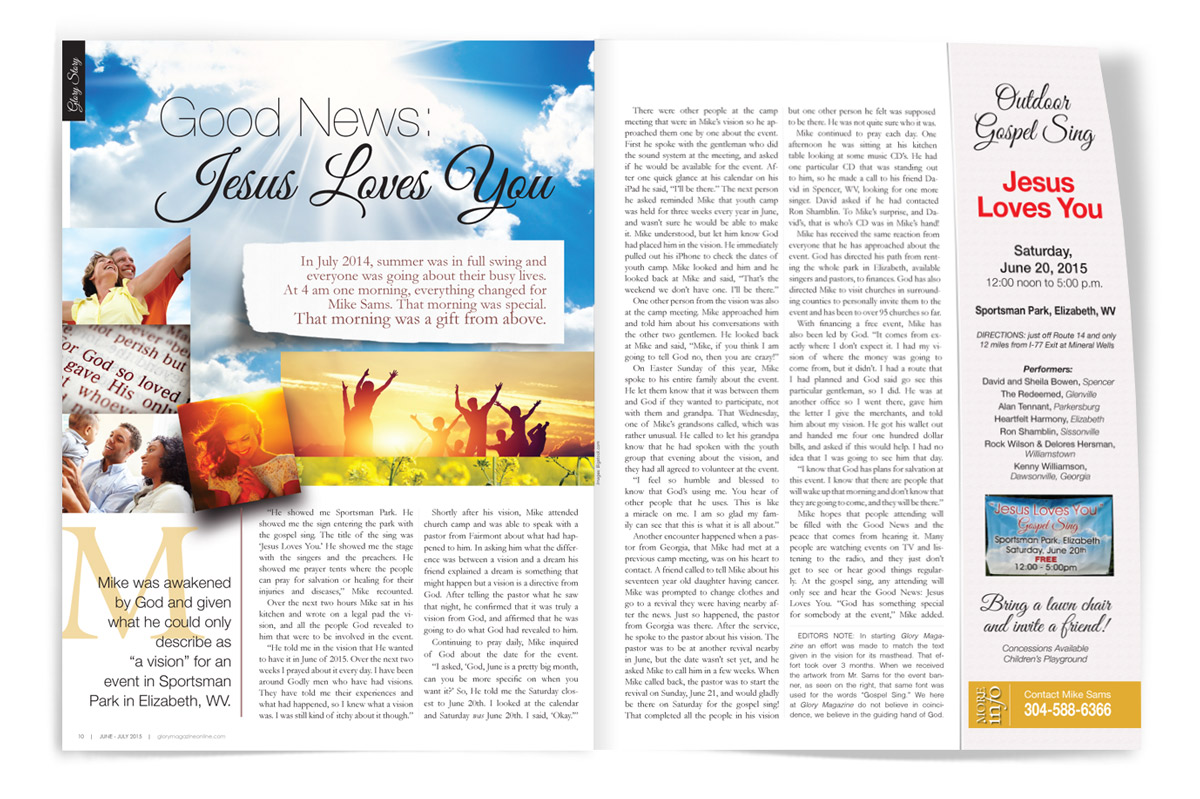 Mike was awakened by God and given what he could only describe as “a vision” for an event in Sportsman Park in Elizabeth, WV.

Over the next two hours Mike sat in his kitchen and wrote on a legal pad the vision, and all the people God revealed to him that were to be involved in the event.

“He told me in the vision that He wanted to have it in June of 2015. Over the next two weeks I prayed about it every day. I have been around Godly men who have had visions. They have told me their experiences and what had happened, so I knew what a vision was. I was still kind of itchy about it though.”

Shortly after his vision, Mike attended church camp and was able to speak with a pastor from Fairmont about what had happened to him. In asking him what the difference was between a vision and a dream his friend explained a dream is something that might happen but a vision is a directive from God. After telling the pastor what he saw that night, he confirmed that it was truly a vision from God, and affirmed that he was going to do what God had revealed to him.

Continuing to pray daily, Mike inquired of God about the date for the event.

“I asked, ‘God, June is a pretty big month, can you be more specific on when you want it?’ So, He told me the Saturday closest to June 20th. I looked at the calendar and Saturday was June 20th. I said, ‘Okay.’”

There were other people at the camp meeting that were in Mike’s vision so he approached them one by one about the event. First he spoke with the gentleman who did the sound system at the meeting, and asked if he would be available for the event. After one quick glance at his calendar on his iPad he said, “I’ll be there.” The next person he asked reminded Mike that youth camp was held for three weeks every year in June, and wasn’t sure he would be able to make it. Mike understood, but let him know God had placed him in the vision. He immediately pulled out his iPhone to check the dates of youth camp. Mike looked and him and he looked back at Mike and said, “That’s the weekend we don’t have one. I’ll be there.”

One other person from the vision was also at the camp meeting. Mike approached him and told him about his conversations with the other two gentlemen. He looked back at Mike and said, “Mike, if you think I am going to tell God no, then you are crazy!”

On Easter Sunday of this year, Mike spoke to his entire family about the event. He let them know that it was between them and God if they wanted to participate, not with them and grandpa. That Wednesday, one of Mike’s grandsons called, which was rather unusual. He called to let his grandpa know that he had spoken with the youth group that evening about the vision, and they had all agreed to volunteer at the event.

“I feel so humble and blessed to know that God’s using me. You hear of other people that he uses. This is like a miracle on me. I am so glad my family can see that this is what it is all about.”

Another encounter happened when a pastor from Georgia, that Mike had met at a previous camp meeting, was on his heart to contact. A friend called to tell Mike about his seventeen year old daughter having cancer. Mike was prompted to change clothes and go to a revival they were having nearby after the news. Just so happened, the pastor from Georgia was there. After the service, he spoke to the pastor about his vision. The pastor was to be at another revival nearby in June, but the date wasn’t set yet, and he asked Mike to call him in a few weeks. When Mike called back, the pastor was to start the revival on Sunday, June 21, and would gladly be there on Saturday for the gospel sing! That completed all the people in his vision but one other person he felt was supposed to be there. He was not quite sure who it was.

Mike continued to pray each day. One afternoon he was sitting at his kitchen table looking at some music CD’s. He had one particular CD that was standing out to him, so he made a call to his friend David in Spencer, WV, looking for one more singer. David asked if he had contacted Ron Shamblin. To Mike’s surprise, and David’s, that is who’s CD was in Mike’s hand!

Mike has received the same reaction from everyone that he has approached about the event. God has directed his path from renting the whole park in Elizabeth, available singers and pastors, to finances. God has also directed Mike to visit churches in surrounding counties to personally invite them to the event and has been to over 95 churches so far.

With financing a free event, Mike has also been led by God. “It comes from exactly where I don’t expect it. I had my vision of where the money was going to come from, but it didn’t. I had a route that I had planned and God said go see this particular gentleman, so I did. He was at another office so I went there, gave him the letter I give the merchants, and told him about my vision. He got his wallet out and handed me four one hundred-dollar bills, and asked if this would help. I had no idea that I was going to see him that day. 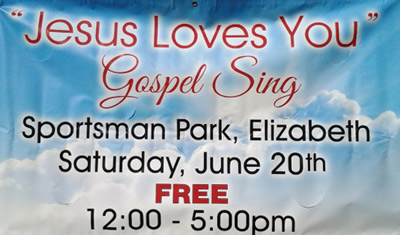 “I know that God has plans for salvation at this event. I know that there are people that will wake up that morning and don’t know that they are going to come, and they will be there.”

Mike hopes that people attending will be filled with the Good News and the peace that comes from hearing it. Many people are watching events on TV and listening to the radio, and they just don’t get to see or hear good things regularly. At the gospel sing, any attending will only see and hear the Good News: Jesus Loves You. “God has something special for somebody at the event,” Mike added.

EDITORS NOTE: In starting Glory Magazine an effort was made to match the text given in the vision for its masthead. That effort took over 3 months. When we received the artwork from Mr. Sams for the event banner, as seen above, that same font was used for the words “Gospel Sing.” We here at Glory Magazine do not believe in coincidence, we believe in the guiding hand of God.