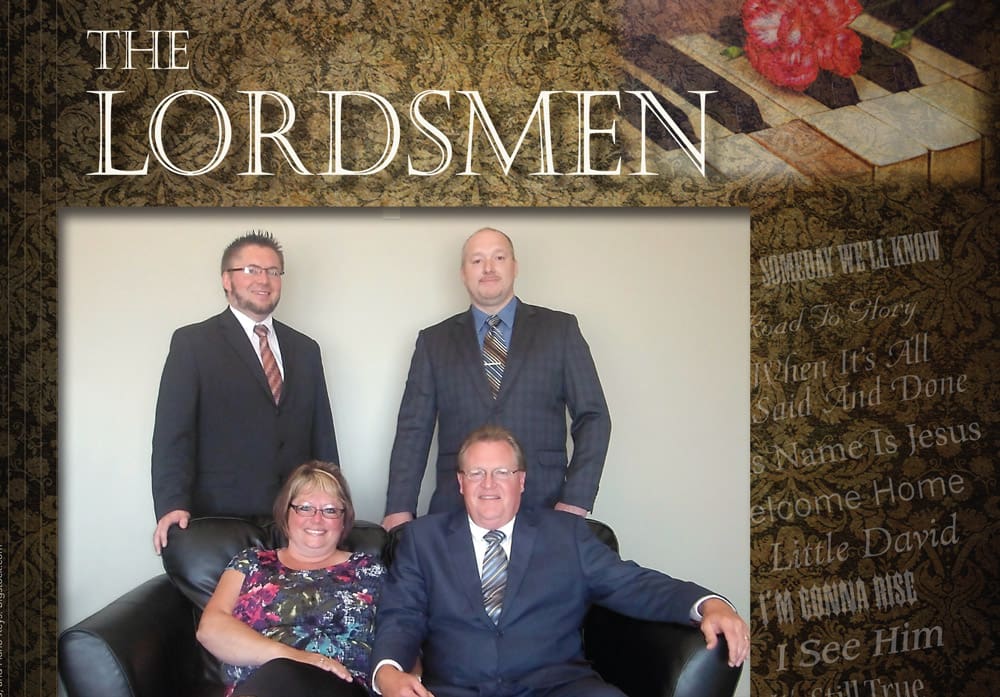 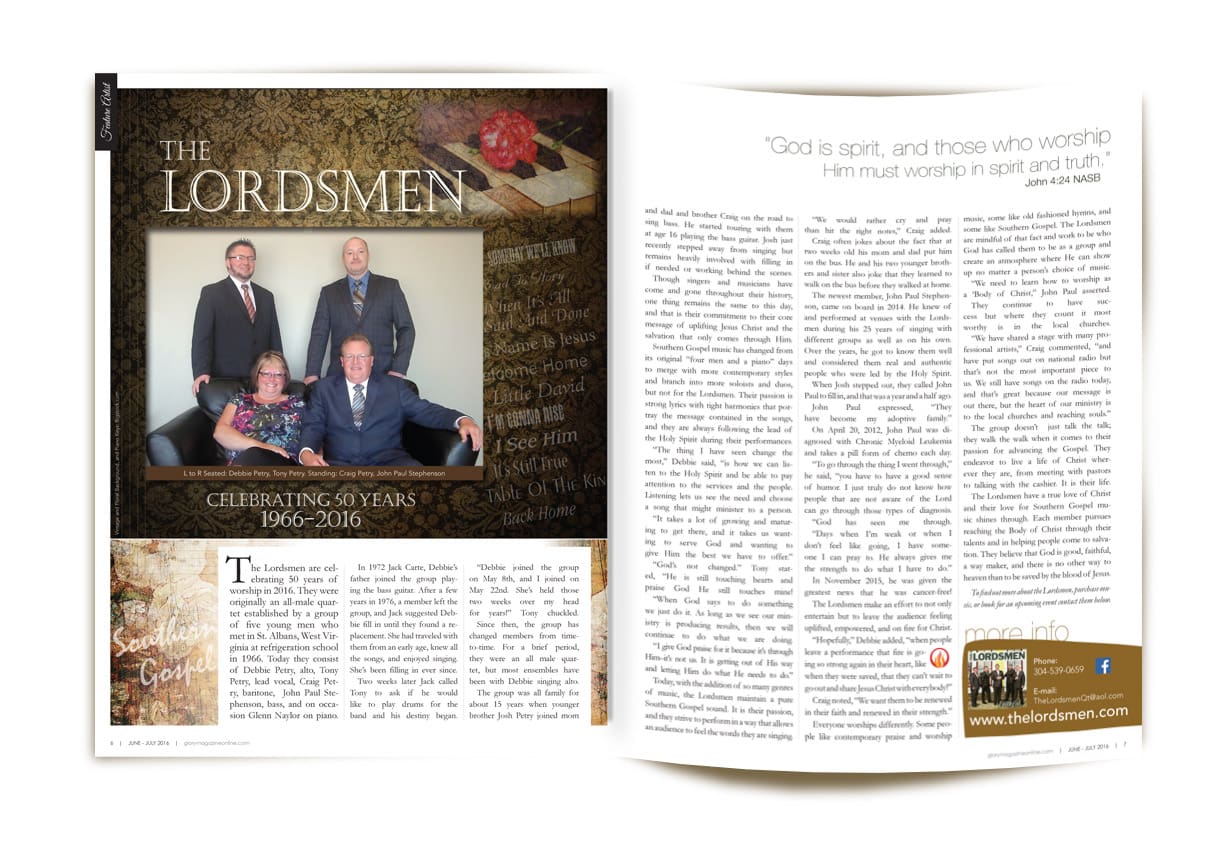 The Lordsmen are celebrating 50 years of worship in 2016. They were originally an all-male quartet established by a group of five young men who met in St. Albans, West Virginia at refrigeration school in 1966. Today they consist of Debbie Petry, alto, Tony Petry, lead vocal, Craig Petry, baritone,  John Paul Stephenson, bass, and on occasion Glenn Naylor on piano.

In 1972 Jack Carte, Debbie’s father joined the group playing the bass guitar. After a few years in 1976, a member left the group, and Jack suggested Debbie fill in until they found a replacement. She had traveled with them from an early age, knew all the songs, and enjoyed singing. She’s been filling in ever since.

Two weeks later Jack called Tony to ask if he would like to play drums for the band and his destiny began.

“Debbie joined the group on May 8th, and I joined on May 22nd. She’s held those two weeks over my head for years!” Tony chuckled.

Since then, the group has changed members from time-to-time. For a brief period, they were an all male quartet, but most ensembles have been with Debbie singing alto.

The group was all family for about 15 years when younger brother Josh Petry joined mom and dad and brother Craig on the road to sing bass. He started touring with them at age 16 playing the bass guitar. Josh just recently stepped away from singing but remains heavily involved with filling in if needed or working behind the scenes.

Though singers and musicians have come and gone throughout their history, one thing remains the same to this day, and that is their commitment to their core message of uplifting Jesus Christ and the salvation that only comes through Him.

Southern Gospel music has changed from its original “four men and a piano” days to merge with more contemporary styles and branch into more soloists and duos, but not for the Lordsmen. Their passion is strong lyrics with tight harmonies that portray the message contained in the songs, and they are always following the lead of the Holy Spirit during their performances.

“The thing I have seen change the most,” Debbie said, “is how we can listen to the Holy Spirit and be able to pay attention to the services and the people. Listening lets us see the need and choose a song that might minister to a person.

“It takes a lot of growing and maturing to get there, and it takes us wanting to serve God and wanting to give Him the best we have to offer.”

“God’s not changed.” Tony stated, “He is still touching hearts and praise God He still touches mine!

“When God says to do something we just do it. As long as we see our ministry is producing results, then we will continue to do what we are doing.

“I give God praise for it because it’s through Him–it’s not us. It is getting out of His way and letting Him do what He needs to do.”

Today, with the addition of so many genres of music, the Lordsmen maintain a pure Southern Gospel sound. It is their passion, and they strive to perform in a way that allows an audience to feel the words they are singing….continue reading the June-July 2016 issue here.