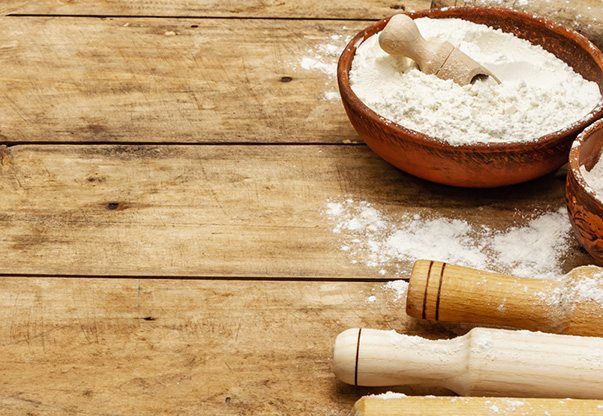 Leaven is a word whose meaning has evolved over time with usage. It originally was the term used for the action of yeast or another agent that would spread throughout a defined body or mass. Today leaven is synonymous with the acting agent; in the case of bread, it would be yeast. Yeast in bread dough is the most common example of leaven at the physical level. However, the realm of the soul and the realm of the spirit may also be leavened. Today, it could be our society and culture are being leavened; current behavior sure performs like it.

Sourdough bread, man, it is so good! The dough, leavened by a “start” of dough, carries special yeast that gives the sourdough a unique flavor, quality, and presence. This is good leaven. An example of a bad agent leavening a complete object would be mildew in a house. Without quick and sure action, a very valuable asset could be made worthless. On the other hand, if there is a termite problem (another type of leaven), one can introduce an antibiotic into a bait site, and the termite workers will carry it back to the nest and leaven the whole colony. Termites need biotics in their digestive tracts to break down their food, so…no stomach bugs, no nutrition, and no termites.

Yeast is used to flavor beer and wine and to create medicines. I prepare a honey-garlic tonic for sore throats. Somewhere in the mix there is a leavening agent that causes fermentation, foaming when a jar is opened being the evidence. The mixture becomes one as a whole. After the process, the garlic cloves have the same medicinal value as the fluid provided by the honey. These examples are just primers on the principle of being leavened.

One could say that the Holy Bible is at the very least a book of ancient wisdom. For believers, it is so much more; however, the ancient wisdom is there for anybody to drill down to. The Bible issues a warning to be aware of leaven. It is used in both contexts as the action and the acting agent.

The Bible specifically identifies types of harmful yeast: boasting (1 Corinthians 5:8), malice and wickedness (1 Corinthians 5:8), hypocrisy (Luke 12:1), and others. The point is we must take care of ourselves and protect against yeasts that would leaven our souls even as we protect our bodies against a hated virus. Look how the COVID-19 virus leavened the whole world in all three realms.

The behaviorist would say there is only a body, and the organism within learns how to act in the body it was given. The humanist will combine soul and spirit into the same aspect of the makeup of homo sapiens. Those who embrace life after death make a distinction between body, soul, and spirit. They see the soul residing in the body and the spirit residing in the soul. Every part affects the other. The body is the physical housing of the soul which is the place of personality and innate nature of the human core. It can be leavened with good or leavened with evil. The spirit is that very deep, often hidden essence of one’s life. An undeveloped spirit is much like an unfertilized egg; it can be brought to conception by goodness or evil. Beware of the yeast that is evil.

Now then, let us be brave and take an honest look at the cultural upheaval taking place today in the United States. With the advent of social media, it is so easy to leaven a large part of the social organism in a truly short time. What would be the outcome if anger, hatred, and other malice spread like leaven? What were the outcomes of peaceful protests being seeded with firebombs, destruction of property belonging to innocents, and bias news media reporting calling a riot mostly peaceful? It seems that the rush, physical high, that comes from participating in violence generates violence and uncivilized behavior. Trashed are honor and civility. By all means, we have issues to be outraged about; however, those issues cannot be resolved by equally outrageous actions. Sadly, the whole colony, especially those who need help from change, are the ones who are most hurt from the unabated actions of zealot activists that want their happy meal right now. The thing is, immediate gratification is a type of leaven in its own right. Lawlessness is identified as the prominent leaven in the Last Days of world civilization.

Be sure, there are bad actors on both sides of the middle. It is imperative for one to develop a filter system to sort out what is good and proper and be completely honest with our thoughts and why we act. There is a teaching in Christian circles about “not taking up another’s offense.” I like the teaching, so much so I thought it was in the Bible word for word. It is not. The teaching is an inference of many topics and thoughts coming from the Bible. I had been leavened by the belief that it was scripture. So, I must filter this teaching and treat it honestly if I share it…and I have just now been completely transparent and honest with you. The Bible teaching on leaven is plainly spelled out.

It is important to acknowledge the hurt and anger of others but not allow the emotions to override reason and truth, and good behavior. For the courageous, there are good leavens that can be cultured. Goodness, being good to people, generates goodness. Remember the “pay it forward” movement? The “Random Act of Kindness” initiative? A good tip at a restaurant might make someone’s day or provide a glimpse of priceless hope. How about the leaven of mercy? Being gracious to the child who just sent a baseball through your window might just spawn years of kindness in that young person. Leaven starts small, often unnoticed. Here is an outrageous challenge for you: instead of being leavened, be the leaven.