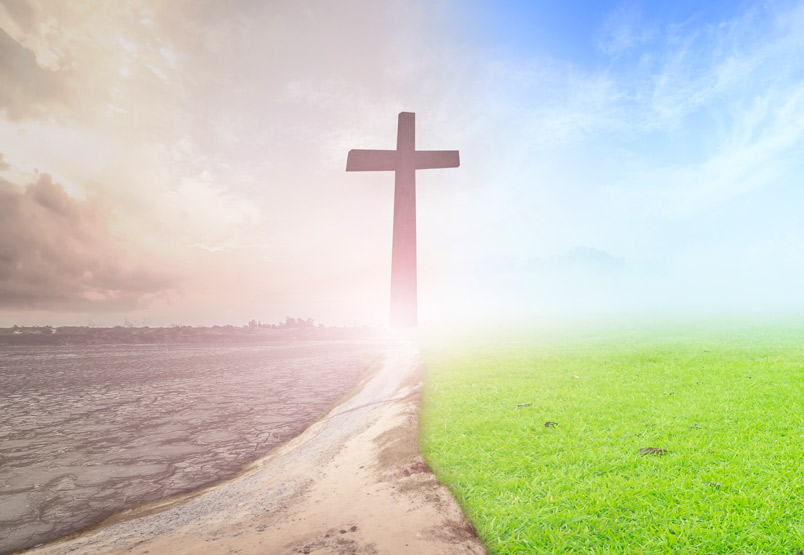 One can be absolutely sure of one’s salvation; however, not everyone who thinks they are ok with God is saved. God plants seeds in one’s heart that grow into salvation with time. Jesus firmly and with measured gentleness expressed this in the parables. He also stated without reservation this great truth in scriptures. For many, coming to terms with God has a progressive cycle in the spirit. Again, the parables and creation shed light on this mystery. God has provided means by which to communicate guidelines concerning His Kingdom. Those who understand will, those who don’t… won’t.

He said, “The knowledge of the secrets of the kingdom of God has been given to you, but to others I speak in parables, so that, “‘though seeing, they may not see; though hearing, they may not understand.”
Luke 8:10 (NIV)

Salvation is defined as preservation or deliverance from harm, ruin or loss. In the spiritual sense, salvation means deliverance from sin and its consequence, eternal separation from God. For the purpose of clarity, salvation or saved, when used in this essay will refer to all-encompassing eternal salvation. The thing is, Salvation in the Lord guarantees the forever deliverance from harm, the endless warranty from ruin and the never-ending presence of Jesus. Now then, this great salvation is not granted on the merits of an individual’s goodness. It is not granted on a person’s sincere practice of religion. It is not granted as a legacy inherited from parents. Eternal salvation requires a personal, conscious, recallable event by which one truly sees, accepts and surrenders to God.

In Luke chapter 8, Jesus told the parable about the sower. A farmer sowed seed on four different types of ground, along a path, among the rocks, with the thorns, and on good soil. The seed failed except when it was planted in good earth; then it yielded bountifully. Parables of Jesus are divine, so they have different levels of meaning and interpretation. Please keep this in mind as these comments are only part of a spiritual harvest …there is more out there to glean. The godless path offers no protection to the seed; it is quickly consumed by natural foragers. Rocky soil is famous for not having the proper water supply for vigorous growth. Thorns are notorious for being able to out compete with desirable crops;crops will grow but will fail over a couple growing seasons. Look…if one fails to acknowledge God, God will give that person over to their natural consequence. If a soul has no water, it will dry up and be blown on the wind. Thorns are the greatest threat to salvation; they are the religious do’s and don’ts that dwell in the shortsightedness of men and not the power of God. Thorns are good looking, vigorous plants but are not what they seem. Thorns, by the power of their name, have internal protection. “Let those who see, see and those who hear, hear.”

The Parable of the Ten Virgins in Matthew 25 supports the idea that people can look like they are saved, talk like they are saved, but are not really saved. A quick interpretation: first of all, the eternal union of believers and God is going to be a great celebration. Half of the individuals looking forward to the fete were truly ready, and the others were not. Half got left behind and could not recover in time. When they thought they were ready, God replied to them ‘Truly I tell you, I don’t know you.’ (Matt 25:12)

The Bible speaks frankly concerning sins that will cause forfeiture of eternal salvation in 1 Corinthians 6:9. There is salvation for those who sin if the sin is acknowledged as sin and placed on the alter of Christ. Today some sin has been redefined, and people’s hearts are hardened as rocks towards the truth. Lies abound not only concerning sin but the very image of God, Jesus being the exact physical specimen. Jesus also speaks with frankness, “Not everyone who says to me, ‘Lord, Lord,’ will enter the kingdom of heaven, but only the one who does the will of my Father who is in heaven.” (Matthew 7:21)

The seed of salvation was explained by Jesus as being the Word. Obviously, one will equate that with scriptures. This is clearly true, and there are seeds in the Bible that will apply to every aspect of life, including eternal life. However, there is another Word, Jesus himself!

Reflecting on Christmas, one can be quietly amazed that God could find parents with whom he could trust His Son. Now, Jesus existed before being born a human. Look at His prayer in John 17:5, Jesus asked that the Father return to Him the glory he had known before the world began. He remembered! The thing is, the Son was emptied to experience birth by water and the wondrous aspect of growing. Joseph and Mary were pure and righteous; even to being descendants of King David, which speaks to God’s goodness and faithfulness to His eternal promises. God sowed His seed in the good soil of Mary. Joseph’s natural child could not sit on the throne of God because of a blood curse to his forefather, King Jeconiah. How astonishing, Joseph was probably the legal King of Judah/Israel by the rule of family succession; yet he was a humble, gentle and righteous man. Mary became pregnant when the Holy Spirit touched her in the power of the Most High. So, we have a virgin birth and an adoptive father not only of the House of David but the successional King of Israel!

Suppose that wonderful feeling that comes when one embraces the baby Jesus in the crib is a seed-planting event. The Word, in the form of Jesus, is planted into the soil of the heart by the touch of the Holy Spirit much like the touch Mary experienced at the immaculate conception. Embracing Jesus as a baby is only the start of the salvation cycle for many. Yes, there are other ways the seed can be planted; however, few are as universal as the image of God who humbled Himself to enter our world as a baby, trusting humans with His life. Seeing and believing on this baby is the first step, the thing is…for salvation to be complete, there must be a time in a person’s life where the trust is reciprocated. One must consciously humble self and trust God with one’s life on God’s terms, not ours. We must simply surrender and accept that God receives us if we receive Him. This is a belief thing, a faith thing to take God at face value. To truly agree to take His Offer and His Way a person has essentially repented. The Seed has grown, has been harvested and will be prepared to plant again.

It is God’s great desire to spend eternity with every man, woman, and child on the earth. We as men cannot understand fully the events in eternity past that have brought paths, rocks, thorns, and good soil together at this point in history; however, God knows. He has provided a way of salvation and hope for an eternal future for those who are ready to go. Look… it is not on the merit of things we do to please God, before or after accepting Jesus. Salvation is based on knowing God, not through the baby, but by the risen man, Adonai Christ Jesus.