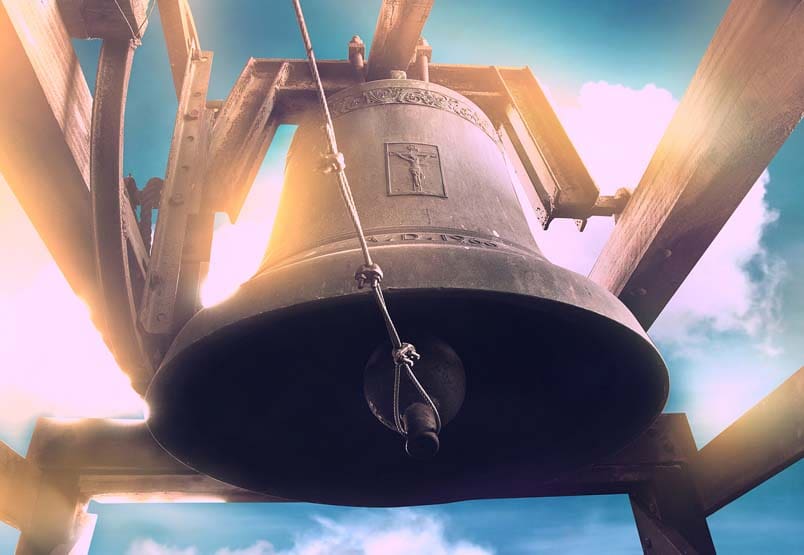 Jubilee is a term, when heard, strikes an instant bell, a good sounding bell in the human spirit. Jubilee is most often associated with fifty; however, people celebrate all sorts of events called jubilees, such as anniversaries, celebrations, commemorations, festivities, and festivals. The word jubilee in its original context means nothing close to the number fifty. This essay proposes that there is a hidden Jubilee Blessing that often goes unnoticed, maybe never identified as a blessing, and chances are seldom it is declared. The Jubilee Blessing is very powerful and even more so as one understands its origin and originator.

The Golden Jubilee Wedding Anniversary is probably the most common use for the word jubilee. The celebration of fifty years of marriage is indeed a joyous occasion enjoyed by family members and friends alike. It is a special day. There are Silver Jubilees, twenty-five years, Diamond Jubilees, sixty years, and annual jubilees. In Weston, West Virginia, there is an annual celebration of mountain culture called Jackson’s Mill Jubilee.

It should be noted that the Diamond Jubilee references two different time frames, sixty years for humans and seventy-five years for institutions. People just don’t have the longevity of institutions. Jubilee strikes a chord in the human spirit because it is rooted in eternity, the Year of Jubilee.

One can find the Year of Jubilee in Leviticus chapter 25. God had a plan for the land and a plan for His people. The “old green deal” came in the form of a sabbatical year for the land; it was a year of rest from producing crops every seventh year. At the end of seven cycles, a special year was dedicated to bringing rest and peace to the people of Israel. This would be called the Year of Jubilee. Seven cycles of seven equal forty-nine, so year fifty was the Jubilee Year. This great year in the Israel calendar marked a time when all debts were forgiven, all lands returned to original Hebrew family ownership, wandering children came home, families were restored, and captives were set free. The Hebrew word for Jubilee means “release!”

This special year was God’s plan to ensure that families always had a source of wealth. God fully understands that there are situations when family wealth must be used to address certain situations: illness, bad business decisions, accidents, and untimely deaths. The Year of Jubilee guaranteed the innocent generations of the future a place in the Kingdom regardless of the acts or calamities of their parents. Children were released from the outcomes of a family’s past and given a new starting point. How wonderful, even the grandchildren benefit, and the older generation is released from guilt. Literature describes how the Israelite economic system accounted for the year of release; property values were set according to how much the land could produce before the next Jubilee Year.

All the jubilee celebrations have special qualities and traits; however, fifty-year Jubilees have the hidden significance of release because of their time frame association to the original Israeli almanac. Having journeyed from my ancestral home, I happened to be at the place of my boyhood the weekend my father was to have his 50th high school reunion. Dad was conflicted about going; he didn’t know what to expect or how he would be received. He suffered from PTSD (post-traumatic stress disorder), and that disorder has its own set of rules. He went. Classmates were glad to see him and shared a wonderful fellowship with him, not knowing the secret. He came home “released” from bad things that he experienced when he was a young man. I can tell you our family experienced “release” also. The invisible Jubilee Blessing had been invoked! Now ask, how many times does God bless us, and we do not comprehend the blessing or the blessing giver?

The blessing our family received at that time can be clearly identified by its pattern as being a divine gift, one from the God of the Bible. A child had traveled almost 500 miles to be at home, to be a witness and a recipient. Our family ancestors had lived within twenty miles of my father’s house for 200 years. Dad had borne the unearned cost of PTSD for forty-seven years, resulting in other kinds of debt that the family also bore. For it to take place at the time of a fifty-year high school reunion, when many children of an identified group return home, just checked another box of confirmation found in the Leviticus pattern of the Year of Jubilee. How much more would the blessing have been appreciated if it had been understood?

A spoken blessing is very powerful because it allows God to show goodness to people under His brand. If the speaker understands blessings in general and a specific blessing, then he is a skilled statesman/servant in this Kingdom process. Men of old would offer blessings over family members, family clans, nations, and future generations. They understood that they were simply the mouthpiece, a delivery vehicle from the true source of the blessing. Blessings cover sustaining issues such as food, water, and shelter. Blessings apply to the areas of physical wealth and physical health. Blessings are a promise of a good future, well-being, peace, and contentment. Blessings also stimulate wisdom and protection in times of contention and trouble. Blessings stand against and nullify the outcomes of curses. A blessing spoken in conjunction with, and the authority of, a Biblical pattern or promise is powerful; consciously receiving that blessing is nuclear.

Bible scholars have put forth a very good argument that Jesus began his public ministry in the Year of Jubilee. He hammered the point by quoting Isaiah 61. (see below) Can you imagine the appearance of Messiah initiated a general epoch of Jubilee? We all can commemorate His life, death, and burial. Doing so, we become released under the blessing of the forever Jubilee. People can walk under the blessing now! Let me be perfectly clear, there is a specific Day of Jubilee to come, the second coming. God honors patterns He has set forth in His days and celebrations so we might understand and believe; however, these are only pointers along the way to eternity.

The Spirit of the Sovereign LORD is on me,
because the LORD has anointed me
to proclaim good news to the poor.
He has sent me to bind up the brokenhearted,
to proclaim freedom for the captives
and release from darkness for the prisoners,
to proclaim the year of the LORD’s favor