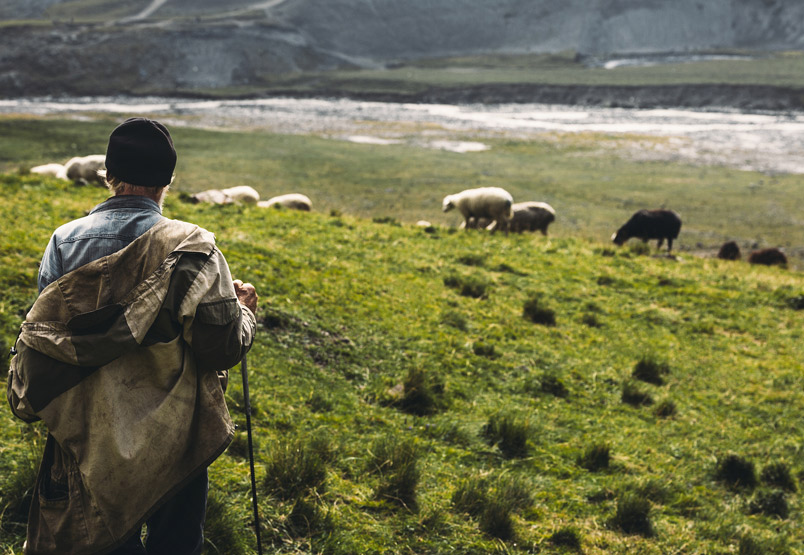 One could open this article with a dramatic statement such as, In this day and in this hour, it is so essential to know the voice of the Good Shepherd. However, every day and in every hour of our lives, we need to hear His voice clearly. Events in our everyday life introduce us to the idea of following the Shepherd’s voice. The Bible provides an objective standard by which we can filter the many voices that are speaking truths, half-truths and downright lies. Knowing the Good Shepherd’s voice can provide safety and peace when another voice is at play. It takes time, experience and desire to learn and hear in the Kingdom of God.

“For since the creation of the world God’s invisible qualities—his eternal power and divine nature—have been clearly seen, being understood from what has been made, so that people are without excuse” (Romans 1:20).

Grandfather was a very good herdsman. He tended 50 head of cows, plus the bull and calves. One day his herd mixed with the herd of a large corporate farm. This calamity was due to a fence failure. The hired hands were planning a big roundup and “guided” separation of the combined herd. The plan included whips, electric prods, and who knows what else. The shepherd to the rescue! Grandfather directed the employees to open and pull back the fence. Then he went to a small rise in the pasture on his property. The shepherd called to the animals in the voice and shepherd verbiage he had used many times before. The heads of his cows rose to attention, and they started walking toward their shepherd. The calves, and even the bull, followed the example and left the corporation herd behind. Needless to say, the hired hands were astounded as they closed the gaping fence. There are many spiritual lessons in this true narrative. Contemplate the different levels of the storyline, this is an opportunity for you to hear God’s voice in a life experience.

It can be said that the Bible is a written artifact which describes God, His ways, His standards, His plans and a concrete monument by which to evaluate the spiritual voices we hear. The thing is, a book that is consistent in views and does not change over time is very reliable. God purposed a reliable instrument by which the confusion of the world would not encroach upon truth. With the view that God is a real person, being God, He was able to use many humans over an extended period of time to record such a manuscript. He was also able to protect the integrity of scriptures even when it was copied by many hands over centuries of time. He remains powerful enough to separate good and not so good documents in the same way He compiled the steadfast book for eternity. The Bible claims, “All scripture is given by inspiration of God, and is profitable for doctrine, for reproof, for correction, for instruction in righteousness:” (2 Timothy 3:16). Reading and a desire to understand the Bible is the first milestone in knowing God’s voice.

There are many voices to be heard; it is imperative to follow the right one. The Shepherd’s voice may be an event in the news, it may be a comment by a friend, it may be heard in a song, or it may come by a message delivered from a pulpit. Until one knows the true voice of God, the communication needs to be filtered by the written Word or by the example set forth by another who knows the Voice. A good place to start in the Word is by comparing the fruit of the Spirit (Galatians 5:22), and the acts of the flesh (Galatians 5:19-21) with the voice one is hearing. Galatians further describes an example used as a filter. One who lives by the Spirit, one who is not conceited, one who does not provoke another and one who does not envy. Good and bad voices are all around us; sensing the pleasure or displeasure of the Holy Spirit is another key to knowing the Shepherd’s Voice. 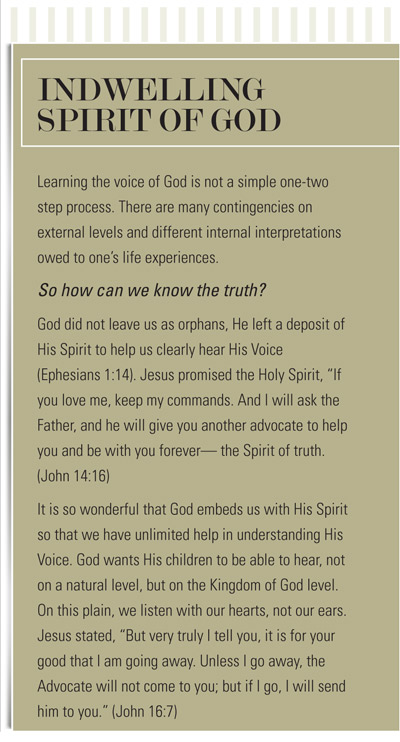 Knowing the Kingdom Principles of the shepherd’s voice has a very practical application. While working for an engineering firm gathering geographic data, a young man (your author) often found himself in the middle of herds of cattle that did not know him. The animals are often territorial and do not tolerate strangers in their pasture. On the other hand, they usually mob their shepherd at first sight. One is definitely out of the “comfort zone” when several 1,000-pound beasts are running to you. The Good Shepherd’s voice overpowered the voice of fear and said, “Sing songs of praise as I allow you to walk in their midst.” Doing a quick filter, I was reminded that the Hebrews would often sing and praise God when in danger. The songs went up quickly. Two things happened. The cattle knew that the human was not their shepherd, but a stranger, and the spirit at work in the cattle were settled (David used the harp to settle King Saul). Isn’t God good! In this vignette, the act of hearing, the act of filtering and the act of following through with wisdom found in the Voice worked together for the good of the lonesome sojourner.

Scriptures from the NIV Bible translation.