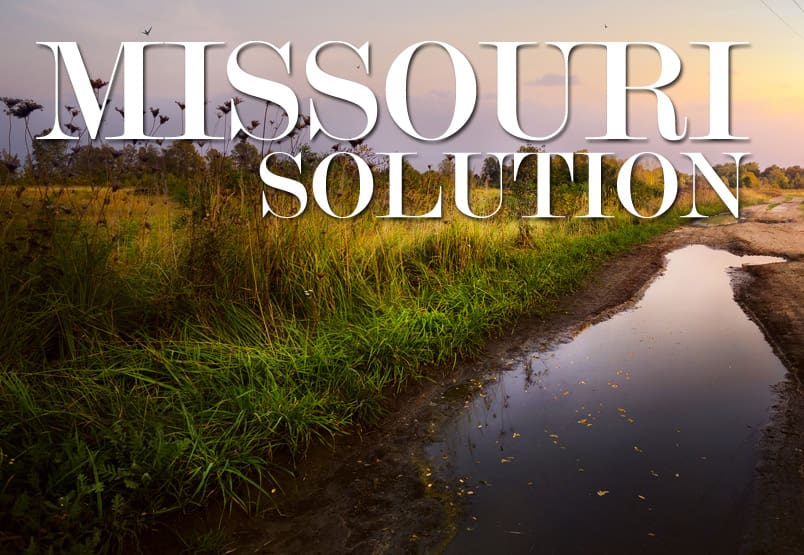 Conclusion to Missouri Allegory from the Feb-Mar 2018 edition of Glory Magazine.

Joshua knew when he bred a wild western mare and a high mountain donkey he was bound to certain trouble. The offspring were going to have valuable spirits of great price; it would be ideal if that character would be yielded and not broken. In Missouri, the only solution is to “show me.”

Joshua had a great plan in mind, but it would take the agreement of two others. Abba Ell was Joshua’s father, a mighty man who could judge between right and wrong, good or evil. Joshua was of the same essence as Abba, so close that they were one. Pneuma Ell was the final component of the Missouri Trinity. Pneuma was a quiet sort of person, but he had the ability to get things done.

Joshua, Abba, and Pneuma all got together on a fine Missouri afternoon and came up with the best Missouri Solution anyone could. They had the plan set for a certain time and a certain place. Joshua Ell would put on the Missouri Mule race.

The Missouri Mules were quite a sorry crew. Their only occupation was to chew, chew, chew. Backbiting, as communication, had become such a Missouri Mule art form that all the bites had to be seen by the right people in the right places. 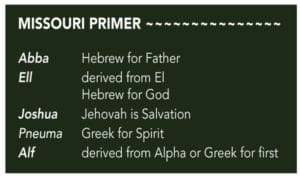 The day came for the Ell plan to be put into action. Abba arranged a great thunder burst to get the attention of the self-centered Missouri Mules. After a driving rain, Joshua went into the field with the mules. In the far corner next to a pool of water, he began to mold a figure out of clay. Pneuma had his special work to do also.

Alf was a Missouri Mule in misery: he had embraced Joshua Ell but felt betrayed. Alf knew that the great purpose in life was to serve, and this he tried to do. He had practiced day in and day out so that he could serve the other mules with distinction. Alf was totally rejected and felt it was Joshua Ell’s fault. Alf, the mule who yielded his spirit, chose to live in the mud hole of the Missouri Mule field.

Pneuma had to reach old Alf and communicate to the servant mule that all was not lost and persuade him to stand, then walk. The Ell measure of success was not if one seemed to win or lose, or seemed to pass or fail, but if one were willing to continue until the last day, never giving up to adversity.

Joshua had worked steadily on his clay project near the pool of water in the corner of the field. Pneuma had reached Alf, and the servant mule began to watch Joshua work. Alf loved to watch his master work because he could always sense the true purpose of Ell’s action. Alf could not completely understand the man’s mud figure. Why would Joshua Ell make a clay Missouri Mule?

The answer was not far as Abba appeared in the field. Abba was a majestic figure, one who was solitary in his greatness. He had come down from his house to participate in the Ell plan. Pneuma was stirring about, and all the animals of the Ell lot were anticipating a special event.

The time came, and everybody knew it. Whatever the Ells had planned would come to pass, and nothing would change that. Joshua and the clay mule stood facing Abba. Abba had his back to all the living things in the field. Pneuma was racing around stirring every heart.

Abba Ell placed one hand on the clay head and looked into the face of his dear son. Certainly, this was not a moment of joy for the Father. The Mighty Ell placed his other hand on the head of Joshua and Pneuma began to swirl around them. The clothing of Joshua Ell became an empty heap upon the ground while the clay mule showed signs of life.

As the Elder Ell moved away from the field, the animals were consumed with wonder and awe. The Missouri Mules did not know what to think of it and even held their backbiting for a bit. Alf, the old servant mule, had a Missouri smile on his face. He knew, … he knew, . . . Joshua had come to take his place, . . . and to complete the Missouri Solution, “show me.”