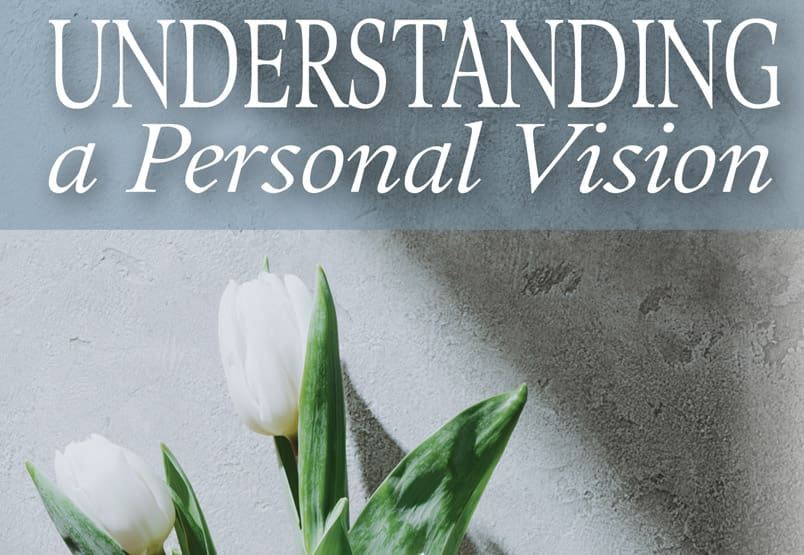 When thinking of a vision, many have the idea that it must be some kind of trance experience. People often have personal visions and do not realize how common they are; it is one of God’s ways of participating in man’s everyday life. Three elements contribute to a reliable interpretation of a vision: identifying a vision, determining its source and considering its implications. Learning to be on the lookout for this type of divine communication is very profitable and in this day of turmoil and chaos, essential for a stable life.

The Bible records many visions. The stories deal with everyday guidance and have far-reaching effects. What is not recorded for the most part are the visions that help people in ordinary, daily life. A personal vision is a still picture or video-like picture with what seems to be a thought attached to it. A picture is worth a thousand words; so it is with God. Just after I got saved, I learned to scuba dive and had very good equipment. While storing this gear for an extended season, the mask and snorkel were not to be found. Where were they? The question was placed before the Lord, and I immediately saw the mask and snorkel at the bottom of a lake that had a sandy bottom. The last place the kit was used was at a lake that had a beach – 30 days prior. I drove the 20 miles to the lake, found an old strapless mask in the beach shed, went to a spot off the beach and used the old mask like a glass-bottomed bucket. 5 steps and there was the expensive scuba gear laying just as I saw it in the vision. God cares about the little things in our lives and visions allow full participation; and do they ever increase faith!

A vision is easy to identify if one knows what to look for. In the spring a cultural event takes place in many American communities–morel mushroom hunting. Mom and Dad had the children in the woods looking for the tasty treats as soon as we could walk. The first morel was hard to find, but after we saw one others became easier to spot. The first vision is hard to spot, but afterward, they tend to stick out. As morels are to the palate, so are visions a tasty spiritual treat! Another point to this vignette, don’t hunt visions unless someone is walking with you to help identify the first ones. Like a bad mushroom being poisonous, a bad vision can be mayhem.

Bad visions can come from man’s fallen nature or from enemies of God as stated in the Bible. Fallen nature visions will have a flavor of greed, hate, immorality, and self-centeredness. Visions from Satan and the fallen angels will deposit fear, will be pushy and promote some type of wickedness or evil. If it is a God vision, it will often provide wisdom and knowledge concerning a prayer, give a warning of imminent danger, or God’s way of leading one to the aid of another. Godly visions will also expose sin and ward off its captivity (Lamentations 2:14). Visions allow people to participate in God’s divine nature as He interacts with creation.

An excellent series of personal visions found in Scripture that had far-reaching implications center around God’s calling of the Apostle Paul. Known as Saul of Tarsus, a persecutor of Christians, Paul was on his way to Damascus to kill Christians. Jesus, in resurrection form, met him on the way and Saul became blind. The Bible says that God called to a disciple named Ananias, without any fanfare, and told him to go and lay hands on Saul so he might see. It is really cool in the vision Ananias had, God said that Saul saw a man named Ananias in a vision and he would come and place hands on him to restore his sight. Saul was healed and became Paul. Ananias heard and obeyed God, participated in the needs of one, which in turn contributed to the grand scheme of the Church Age. The Faith of both men and of those who embrace the story has increased for 2000 years. Personal visions are important. 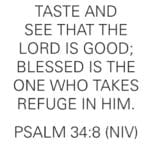 A personal vision is a means of divine communication, one that gives good advice, a clear direction and a boost to faith. This type of vision will often be not much more than a really good thought. It differs in that there is a vivid picture, still or moving like a video. One is fully conscious and has full control of faculties during a personal vision. It is so unobtrusive that the moment can be lost. The guidance obtained from God in these personal messages lends strength to one about to face a trial or merely an indication of a blessing to come. They can lead towards service and participation in God’s goodness to other people. Visions are a very real way that God speaks to people and are practical in keeping on track in this life.