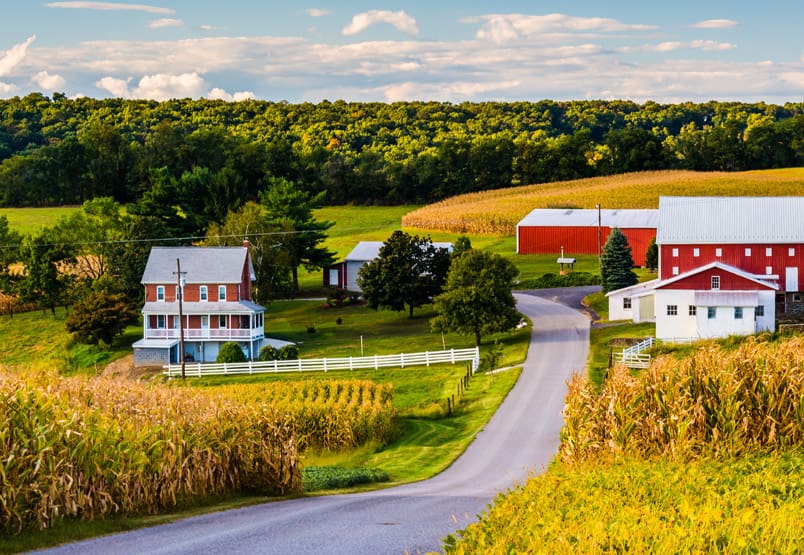 In a small town, nestled in a valley between three mountains, a farmer named Nirel and his wife Carmela live a quiet country life on their seventy-acre farm. Their three-story brick farmhouse with a tin roof, and wood slate barns, painted in fire engine red, looked as if they were right out of an Old Country Lifestyles magazine. The main house faces the valley along the Bedim Mountain Range where the sun rises, and the sun sets in spectacular colors almost every day.

After the last harvest, Nirel began preparing the South field for the next planting season. The area was just around thirty acres. It was now dry land because of the widening of the river two miles up from his property to help with the unprecedented flooding over the past couple of years.

He had to ensure proper moisture by putting in an irrigation system. It took some time, but he was able to finish it, through hard work and determination, before the first snows came. He knew it would be the only field he would be working come spring.

Each morning he would rise early around 4:00 am, collect his great-grandmother’s Bible that he had rebound, and start for the kitchen. He gingerly walked so as not to wake his wife before he made it downstairs. Once in the kitchen, he carefully ran water in the coffee pot, added the filter and coffee, and placed it on the gas stove. Nirel and Carmela were never much for getting too modernized if it wasn’t necessary. They both enjoyed a little coffee grounds in the bottom of their cup and continued to use the old percolator their uncle Seth gave them at their wedding in July of 1953. It continually reminded them of the first family camping trip they took as newlyweds. A splendid time where the only things pressing for the day was to see how many fish they could catch and how many stories they could tell.

Startled by a lick on the hand from Rex, their 13-year-old hound dog, he looked out the bay window. He caught a glimpse of the sunlight stretching out for its first touch on the mountain peaks towards the west.

“Time to get a move on,” he thought. “How long have I been sitting here?”

The clock on the counter, with its green neon glow, read 5:30 am.

Within minutes, both Rex and Nirel were on the tractor heading out to the South field to till the land and prepare for planting. It was his third day, and he knew the field would be ready for some sweet corn seed when he finished.

It was now 5:30 pm. Earlier, Rex had set out for the house, realizing he was not able to recline on the bench seat like in his younger years. Nirel, however, didn’t have that luxury. He had packed a sandwich and sweet tea the day before and only took a brief respite for lunch before continuing. Now he was finished. Or was he just beginning? Cont. reading…