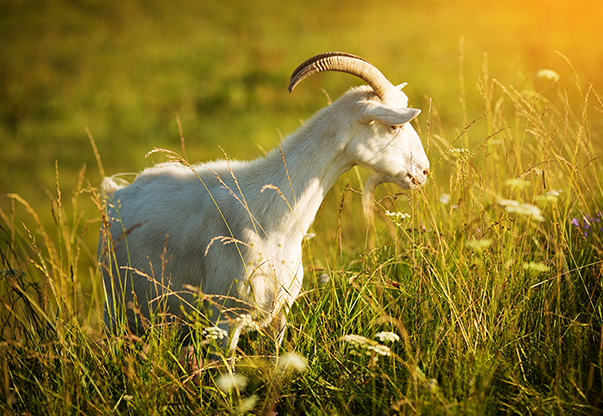 Whether one embraces a spiritual world or not, the principle of the Scapegoat exists. A popular word processor lists stooge, victim, accused, culprit, and fall guy as synonyms. Associated verbs according to a thesaurus are blame, incriminate, condemn, accuse, reproach, censure, and single out. All these words are related or linked to scapegoat by a non-religious source and have real meaning in the physical world in which we live. Those who suffer from a “Scapegoat Disorder” have two remedies: one is to manage the condition, and two is to be set free. Freedom from this condition comes only by understanding the very real connection to the spiritual Kingdom of God.

The Scapegoat Disorder runs rampant in the workplace, in schools, and in families. One could say it can occur in any social group of three or more members, even churches. A person may have the blame for a mistake shifted to them, and then they end up carrying the guilt and consequences for that error. Over time this same person becomes the liable party for everything wrong that happens in the group. The victim of scapegoating will soon develop an inferiority complex, loss of confidence and begin to make slipups on their own.  Of course, those slipups lead to consequences that just add to the scapegoat burden. It is a terrible, terrible linear lifeline with embedded cycles of blame, guilt, and rejections.

Scapegoating also has a chain effect much like a pecking order among chickens. A boss chicken does not like what a subordinate does and pecks the lessor. That chicken, in turn, pecks the next in line in order to feel better. Eventually, the chain reaches the end, and that poor chicken is bearing the load of every member of the pecking order. The Scapegoat Disorder is also similar to bullying. Just like one who is bullied finds someone to bully, a scapegoat will try to find someone else on whom to scapegoat. The same old storyline continues.

Coping with the Scapegoat Disorder in the secular world is either guided, or by primal activation of survival instincts. Guided management of the disorder would include the use of qualified therapists. These professional helpers may make a referral to doctors, and they may prescribe medicines. Finding a friend who has gone through similar situations and listening to their advice is also a type of guided coping. Survival instinct behavior is the most common because the scapegoat is most often caught in a solitary vacuum. They hunker down and weather the storm. They have a beer after work, a bottle of hard stuff on Friday night. They stay away from everybody, even the ones who love them. They sleep a lot. Being a scapegoat victim is very painful, and any method people use to cope with pain, they will ultimately use to deal with the Scapegoat Disorder.

The precedence of the Scapegoat was established in the Bible. Leviticus 16 (see below) holds the story of the original Scapegoat, and in the narrative, the principles of the disorder are described. The Scapegoat Principle in the Kingdom of God is meant to bring people relief and freedom from guilt and shame, not to add to the baggage.

“He is to lay both hands on the head of the live goat and confess over it all the wickedness and rebellion of the Israelites—all their sins—and put them on the goat’s head. He shall send the goat away into the wilderness in the care of someone appointed for the task. The goat will carry on itself all their sins to a remote place; and the man shall release it in the wilderness.”

The thing is, there is a way of freedom from the Scapegoat Disorder. People were never meant to be scapegoats. First of all, a victim must recognize that the spirit of the scapegoat is at work. Since it is a spiritual battle, spiritual weapons must be used for defense and conquest. Stand against the disorder in the mind and spirit by refusing to accept the impartation of someone else’s consequence. Remember to own up to your own mistakes and take responsibility for them; don’t scapegoat on someone else. This process is important in stopping the scapegoat chain because another spiritual law comes into effect:

Do not be deceived: God cannot be mocked. A man reaps what he sows.

In other words, the more you practice scapegoating, the more you will become a victim of the practice. One thing about sowing and reaping is that there is always more in the harvest than in the planting.

The social unit that is most vulnerable to infection by the Scapegoat Disorder is the family. It all started with Adam and Eve when God asked Adam about the apple. Adam promptly blamed God for giving him a woman who caused the failure. Little did Adam know that God would be the ultimate scapegoat through His Son, Jesus. Ever since Adam, fathers have been blaming wives and children. Sometimes the scapegoat-chain has been broken, sometimes not. Children find that they can never please their fathers and mothers even though they desperately need their parents’ acceptance. Spouses feel like they can never do the right thing, so they just quit doing. Life becomes miserable for all parties, and the unrighteous condition bleeds out into other aspects of life and becomes more significant in each new generation.

In the Bible narrative, there was another goat. This goat was taken and slain as a sacrifice of atonement. Blood atonement is the true remedy for the burdens of sin, yours and anyone who tries to impart their guilt to you. Aren’t you glad that Jesus became both goats for us, shedding His perfect blood so we might have atonement then carrying the burdens of our mistakes and sin to a far wilderness? Recognizing the Scapegoat Disorder is the second step in the cure from the scapegoat malady. The true first step of freedom is recognizing and accepting the offer of rebirth into a living hope through Christ Jesus. The third component is a Prayer of Faith, often administered by one who is in love with Jesus.

Now then, may the love of Christ abound in you and your spirit man be born and grow into the freedom that God has planned for those who believe and are willing to follow Him… Amen.