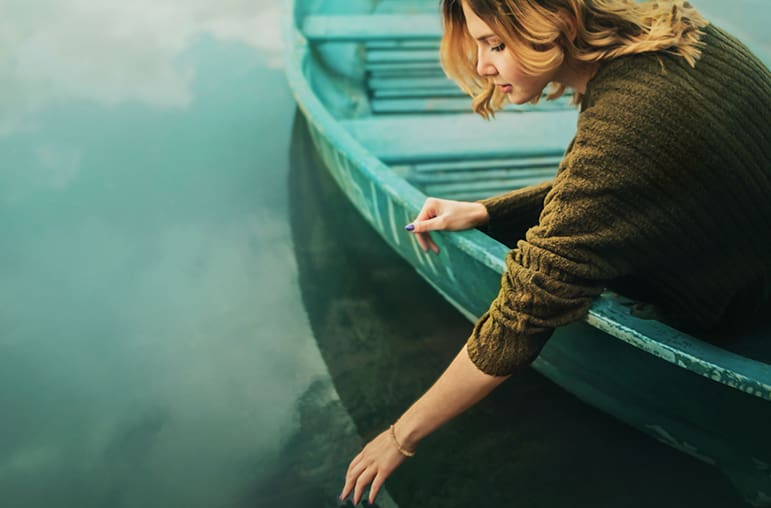 “As cold waters to a thirsty soul, so is good news from a far country.”

One of the places cool waters can be found is a well. The well in itself does not provide the remedy; however, just the sight of a well provides relief, a hope that the thirst will be satisfied. A natural well is just a container made from clay or stone. Technology has changed that a bit to concrete and plastic.

The remedy is in the well–cool waters. Jesus came from the far country called Heaven to be the cool waters for our thirsty souls. The thing is, finding a well. It is said people were made from the dust of the ground (Genesis 1:8). Dust will not hold together unless it is mostly clay. Could it be people are the wells holding the great remedy? Peter, the Apostle, spoke to believers and told them that they were living stones (2 Peter 2:5). Imagine that…stones holding the remedy. The good news is this, all people from every family, community, and nation can have right standing with God.

Wells of Relief – Woman at the Well

There is a narrative in the book of John, chapter four, that is so relevant today on many levels. The skinny is Jesus had found a place to quietly settle His soul and spirit. Of all places, a well, not any well, but one dug and built by His human ancestor Jacob. Imagine that…Jesus sought relief at a place named for the man to whom God had made so many eternal promises. The amazing thing is Jesus ended up providing relief and hope to someone else at the well. It is most wondrous; the living waters of God, even God himself, was contained in a clay vessel of creation.

A woman came to the well for water. It was about noon, not exactly the normal time to draw water. Her timing was due to her social status. She was shunned by her community because of ethnic prejudice (racism) and a lifestyle of polygamy. To Jesus, a Jew, other reasons to reject her were the fact of gender, theology, and community peer pressure. Jesus broke through and spoke to her and asked for a drink. He drank from her cup, which would have made Him unclean in the eyes of other Jews. However, Jesus…was not just another Jew. He was God and even made that claim to the woman in the narrative. She believed Him!

God has a heart for everyone. The good news is that He will have a conversation with anyone willing to visit. Sexism, racism, fascism, or cancellation are not part of His way of doing things. God only requires acknowledgment of who He is, what He has done, and what He has said.

Jesus claimed to be living water; it is the remedy for all the things God has an issue with about the fallen nature of man. He also is a living stone in this world. Just think, the Bible declares He is the Chief Cornerstone (Acts and Ephesians). The rest of the living stones will, in time, orient to the corner; this is to say, it takes time for a new stone to fit and be in position. Those who have ears will hear and be like Jesus, not rejecting a newborn in Christ because of lack of maturity and not judging the faith even as Jesus did not judge the woman at the well.

“With joy you will draw water from the wells of salvation.”

Salvation is the remedy for anything we need relief from. We may not be out of trouble, but certainly, hope and trust that things will be resolved is a relief. Bad health and injury are addressed in God’s salvation. Freedom of fear from bad actors and their evil actions is part of salvation. The task is finding a good well.

The thesis of this essay is that believers are meant to be good wells that contain the waters of salvation. Jesus, while in His earthly body, was both well and water. Now true believers are not the waters but have Jesus in them. He is there to draw from. Just remember a well under construction has loose dirt, and it takes time for the water to become pure. Use the filter of the written account of Jesus on the water. A caveat: there are other wells; the written word, creation, and history are examples. However, they are not the focus of this composition.

Relief and remedies are not of any use unless they are acted upon. God will visit with anyone. As a gift, He offers cool waters, even to those who are not part of His Kingdom. A modern counterpart of the Woman at the Well narrative. God, in His sovereign intervention, saves a person from death, and that individual is left with a feeling of being lucky. Later, when the person happens to encounter a new face at a well, who asks for a drink, the stranger reminds the person of the great luck in the past, which an outsider would not know about; however, God would. The woman at the well believed, and many who grasp God’s sovereign goodness to them across time, believe also. Hope and trust become the relief they find at the well, and Jesus is the remedy.

Now then, the old way must go to be a pure wells of living waters.

This I say therefore, and testify in the Lord, that ye henceforth walk not as other Gentiles walk, in the vanity of their mind, Having the understanding darkened, being alienated from the life of God through the ignorance that is in them, because of the blindness of their heart: Who being past feeling have given themselves over unto lasciviousness, to work all uncleanness with greediness. But ye have not so learned Christ; If so be that ye have heard him, and have been taught by him, as the truth is in Jesus: That ye put off concerning the former conversation the old man, which is corrupt according to the deceitful lusts; And be renewed in the spirit of your mind; And that ye put on the new man, which after God is created in righteousness and true holiness. Wherefore putting away lying, speak every man truth with his neighbour: for we are members one of another. Be ye angry, and sin not: let not the sun go down upon your wrath: Neither give place to the devil. Let him that stole steal no more: but rather let him labour, working with his hands the thing which is good, that he may have to give to him that needeth. Let no corrupt communication proceed out of your mouth, but that which is good to the use of edifying, that it may minister grace unto the hearers. And grieve not the holy Spirit of God, whereby ye are sealed unto the day of redemption. Let all bitterness, and wrath, and anger, and clamour, and evil speaking, be put away from you, with all malice: And be ye kind one to another, tenderhearted, forgiving one another, even as God for Christ’s sake hath forgiven you.