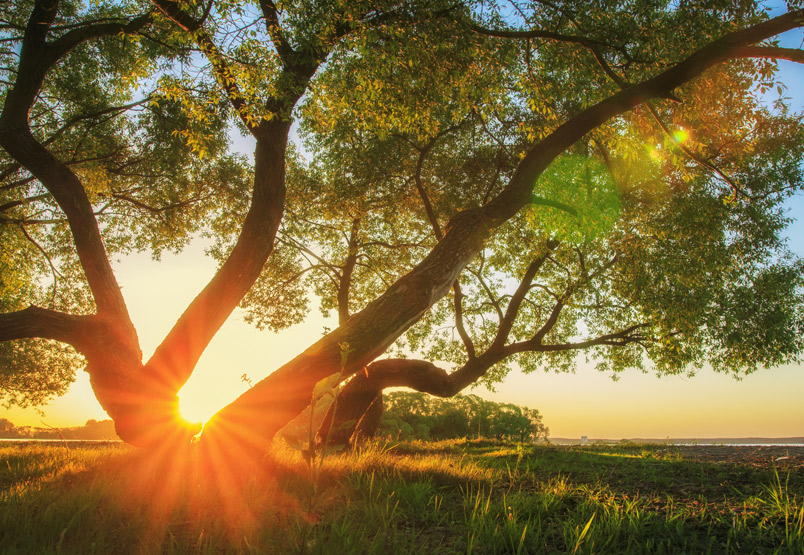 Here’s a question for you. What’s the difference between a noble man and a rich man, and can they be one-in-the-same? A noble man is someone who possesses great qualities, an excellent person, honorable, honest, unselfish, generous, and self-sacrificing — a person who belongs to a hereditary class. A rich man is someone who possesses great material wealth, is prosperous, and has abundant and overflowing resources which are inexhaustible.

Jesus tells the disciples in Matthew 19:25 about the rich young ruler and that it’s easier for a camel to go through the eye of a needle than for a rich man to enter into the kingdom of God. They ask, “Who then can be saved?” He explains that as a human being, it is not possible, but with God, all things are possible.

The story is repeated in the book of Mark 10:17. In the account told by Mark, Jesus explained why the rich man was unable to enter the kingdom in verse 24, “And the disciples were astonished at His words. But Jesus answereth again, and saith unto them, Children, how hard is it for them that trust in riches to enter into the kingdom of God!” (emphasis added)

When a person puts more trust, or should I say faith, in their money than in the Word of God and the kingdom principles Jesus teaches, then they’re serving another master and are not serving God. You cannot serve God and mammon. (See Matthew 6:24)

I believe Proverbs 22 (see image) is a great place to start to learn about your inheritance in the noble family of God and learn about the proper way you should conduct yourself. The insight it contains was meant to pass on to the next generation, but over the millennium, the teachings in Proverbs are not, maybe I could say, popular due to the ever-changing prevailing culture. The wisdom included has nothing to do with a list of things a person must do to be saved–salvation is a gift so as no man can boast–but it has everything to do with bringing the kingdom of God to earth.

Proverbs 22 speaks of moral virtues and starts out stating to have a ‘good’ name or, another way to say it is, to have good character, and that is key. Learning to become someone with good character should be chosen over acquiring great wealth. I believe this is speaking to the spirit residing within us all and that our priorities should focus on being a person of good moral character, by following the example of Jesus Christ and being filled with the Holy Spirit, rather than having our minds set on gaining riches without the balance of doing things God’s way.

The rich and poor meet together: the Lord is the maker of them all.

The rich and the poor come in contact with each other, but God makes all things work out for good. Looking at the root word of rich which is the word ashiyr, it can mean a wealthy man and also a noble man. To be poor is to be in want or to lack or to be destitute; without the basic necessities for life. That can be more than just physical riches of course. If a person lacks knowledge of God, Jesus, and the Holy Spirit, they are without the necessities for a life as a Kingdom citizen here on earth and life everlasting in Heaven. But God! He is the Maker and Perfecter of all who have faith and believe in Him.

A prudent man foreseeth the evil, and hideth himself:

A sensible or wise man has the vision to see outcomes that can be bad and he hides. David speaks of God as our hiding place many times in the book of Psalms. Here are a few examples.

Thou art my hiding place; thou shalt preserve me from trouble; thou shalt compass me about with songs of deliverance. Selah. Psalm 32:7

He that dwelleth in the secret place of the most High shall abide under the shadow of the Almighty. I will say of the Lord, He is my refuge and my fortress: my God; in him will I trust. Psalm 91:1-2

But the simple pass on, and are punished. By humility and the fear of the Lord are riches, and honour, and life.

The foolish, or those who are open-minded and follow the wide path, cross over and inflict a penalty on themselves. However, for those who choose humility, or meekness, becoming a servant under God, and having reverence for the Lord, their choice brings the weight of wealth and riches to sustain life that can only come from God. Those following the narrow path will have the blessings of God chasing them!

Thorns and snares are in the way of the froward: he that doth keep his soul shall be far from them.

A hedge of thorns and snares, or traps, are on the road of the perverse or ungodly. (See also Proverbs 15:19; Psalm 11:6) However, those who place a hedge of protection around their soul (mind, will, and emotions) shall be distant or separated from the thorns and snares.

In the sixth verse of Proverbs 22, some Masoretic Jewish scholars believe it begins with the name of Enoch,* which is very interesting. Enoch (See Genesis 5:18), was a direct descendant of Seth, Adam and Eve’s third child, and in the seventh generation of mankind. He was the father of Methuselah, the longest living person, and Noah’s great-great-grandfather. Enoch is one of only two people mentioned in the Bible that were taken by God and never experienced death; the second person was the prophet, Elijah. Enoch surrendered his worldly existence to walk with God and knew Him and His kingdom system of living a righteous life first-hand. Enoch lived 365 years, and by faith, he was taken.

Verily, verily, I say unto you, If a man keep my saying, he shall never see death. John 8:51

Now the Enoch in Genesis chapter four is not the same man. Cain, who murdered Able, named his first son Enoch. Enoch means dedicated, and after his birth, Cain built a city and called it Enoch after his son and his name is never mentioned again, in the Old or New Testament.
Let’s look at the sixth verse now.

Train up a child in the way he should go: and when he is old, he will not depart from it.

It could read something like this: discipline a servant according to the narrow path, and when he grows old in the knowledge of God he will not leave it. In essence, teach a child to have a personal relationship with God so he can become mature through righteousness. Maturity with God is not based on consecutive years but rather on maturity in the knowledge of God and His ways.

In the Old Testament, God spoke directly to the righteous ones, His prophets, the ones following the narrow path. In the New Testament, Jesus Christ paid for the sin of Adam through His death and resurrection. The Holy Spirit remained here on earth, and God was now legally able to speak through the Holy Spirit to those who would receive Him. The Holy Spirit is our helper in a time of need and leads us to all righteousness. (See John 14:26) Now that Jesus overcame death, hell, and the grave, there is an innumerable multitude of saints coming with the Lord!

And Enoch also, the seventh from Adam, prophesied of these, saying, Behold, the Lord cometh with ten thousands of his saints. Jude 1:14

Proverbs 22 to 25 give various accounts of how to train up a child by using wisdom and showing the consequences or vices that occur. It is interesting that the first thing addressed in Proverbs 22 verse seven is the rich and the poor.

I challenge whoever is reading this brief discussion of Proverbs 22, to begin to read the whole book and ask the Holy Spirit to help the words come alive in your spirit. Apply what you learn to your daily life. Please share it with your children, family, and friends; whoever will listen. By doing so, you are placing treasure in your heart where no moth can reach it and bringing the kingdom of God to earth. The time is short for us to fulfill His work until the day He returns.

*Proverbs 22:6 [The example of] Enoch for a child according to his way [i.e., the way of Enoch]; even when he is old (like Methuselah) he will not depart from it. Biblical Hermeneutics Stack Exchange https://hermeneutics.stackexchange.com/users/921/joseph